RANCHO MIRAGE, CALIFORNIA, June 4, 2014–The Annenberg Retreat at Sunnylands, the Prince Albert II of Monaco Foundation and the Scripps Institution of Oceanography at UC San Diego will host an important retreat in October 2014 to address two of the most pressing issues impacting our planet—rising sea levels and ocean acidification, which are both linked to anthropogenic emissions of greenhouse gases and their impact on the climate. The retreat will take place at The Annenberg Retreat at Sunnylands in Rancho Mirage, California.

The retreat is convened by HSH Prince Albert II of Monaco; Margaret Leinen, director of Scripps Institution of Oceanography and Vice Chancellor for Marine Sciences at UC San Diego; and Geoffrey Cowan, president of The Annenberg Foundation Trust at Sunnylands (2010-2016), USC University Professor and director of the USC Annenberg Center on Communication Leadership & Policy.

“For thousands of years, humanity has considered the sea as an infinite source of wealth, which was easy to exploit with no concern about its renewal. We now know that these vast expanses are not infinite. And above all, we know that our activities will have repercussions on them. Preservation of the environment cannot be accomplished against humans, on the contrary: it can only work by establishing a sustainable model, capable of reconciling the legitimate goals of population development and the impassable requirements of nature,” said HSH Prince Albert II of Monaco. “By preserving the environment, and in particular the oceans which cover more than 70% of the world’s surface, it is simply a question of making sure that future generations live on a planet which is not hostile towards them.”

For more information about adapting to a changing ocean, see the Scripps Oceanography website.

The retreat at Sunnylands will be followed—for the first time in the United States—by the seventh edition of the Prince Albert II of Monaco Foundation Awards recognizing excellence in the three main areas of the foundation’s mission: climate change and renewable energies, biodiversity, and integrated and sustainable water management together with the fight against desertification. It will be an evening featuring His Serene Highness, along with scientists, environmentalists, explorers, teachers, policy and government officials, major donors, politicians and leading lights from arts and entertainment, who all have one goal: to applaud and award three individuals or organizations whose efforts have vastly and sustainably improved the quality of our lives. For more information, please visit the Prince Albert II of Monaco Foundation website.

About Scripps Institution of Oceanography
Scripps Institution of Oceanography at the University of California, San Diego, is one of the oldest, largest, and most important centers for global science research and education in the world. Now in its second century of discovery, the scientific scope of the institution has grown to include biological, physical, chemical, geological, geophysical, and atmospheric studies of the earth as a system. 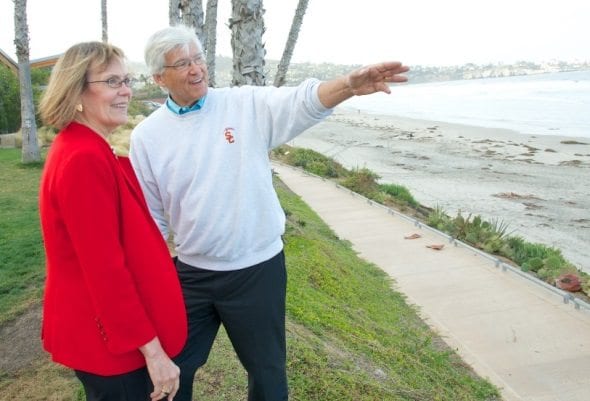 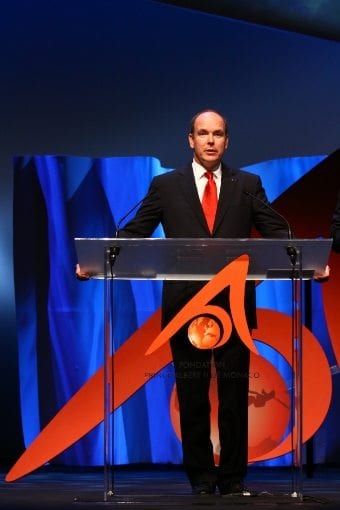 “The Annenbergs created Sunnylands to foster international agreement on critical challenges facing our nation and world,” said Geoffrey Cowan. “While other important meetings have addressed mitigating emissions of greenhouse gases, there is also an urgent need to encourage the development of adaptation strategies. The October retreat will enable a gathering of top minds to provide leadership for adaptation strategies, with a special focus on the Pacific.”

“Sea-level rise is a key climate change impact that is already demanding adaptation at the local, regional, and global scale. Sea-level rise is flooding streets in low-lying communities, resulting in enhanced erosion of shoreline cliffs threatening infrastructure, and inundating critical shoreline habitats, and causing severe damage during storms. Geographic regions and governments are struggling to build capacity to address this global high-level challenge,” said Margaret. Leinen. “This retreat will bring together key individuals who can accelerate global efforts to respond to this crisis.”