October 27, 2015 — A year after Sunnylands hosted a retreat on rising sea levels, the government of Kiribati convened a follow-up meeting in October to more narrowly focus on how the international community can assist low-lying Pacific island nations like itself that are confronted with the prospect of their populations moving to other countries as a result of climate change.

The Prince Albert II of Monaco Foundation was a co-sponsor of the conference that took place October 9-10 on Tarawa, the densely populated capital island of Kiribati. His Serene Highness Prince Albert II and Kiribati President Anote Tong, participants of the Sunnylands retreat, took part in the follow-up meeting as well. Senior Project Manager Lisa Prince represented Sunnylands. Others in attendance included high commissioners from Australia and New Zealand and representatives of several non-governmental organizations.

With the Pacific Ocean gradually encroaching on Kiribati’s shores, at times flooding roads and spoiling crops and drinking water supplies, the meeting focused on ways to prepare the nation, its leaders, and citizens for the challenges of climate-change adaptation. Faced with the possible relocation of Kiribati’s more than 100,000 citizens, President Tong stressed the importance of “migration with dignity,” a push to both preserve the culture and encourage residents to participate in educational and vocational programs to prepare them for lives abroad.

Still, meeting participants deemed the wholesale relocation of the island population to be an option of last resort that would be pursued in conjunction with other adaptation strategies. One such strategy would include a more gradual and voluntary migration that would reduce environmental pressures on the land.
Non-governmental participants, including the United Nations Economic and Social Commission for Asia and the Pacific and the Pacific Climate Change Migration Project, emphasized the need for increased labor mobility among those displaced by climate change. Seasonal worker programs already in place in neighboring Australia and New Zealand were cited as good examples. To increase the efficacy of such programs, some organizations recommended that climate-induced migrants receive preferential treatment when applying for jobs in the seasonal labor market.

In the end, President Tong, HSH Prince Albert II and representatives of the islands of Tuvalu, Tokelau, and Fiji signed a document urging international leaders to proactively support low-lying Pacific nations facing mass migration. It also encourages nations to include a climate change displacement coordination facility in the United Nations Framework Convention on Climate Change that will be negotiated in Paris in November.

Meeting participants convened on the island nation of Kiribati. 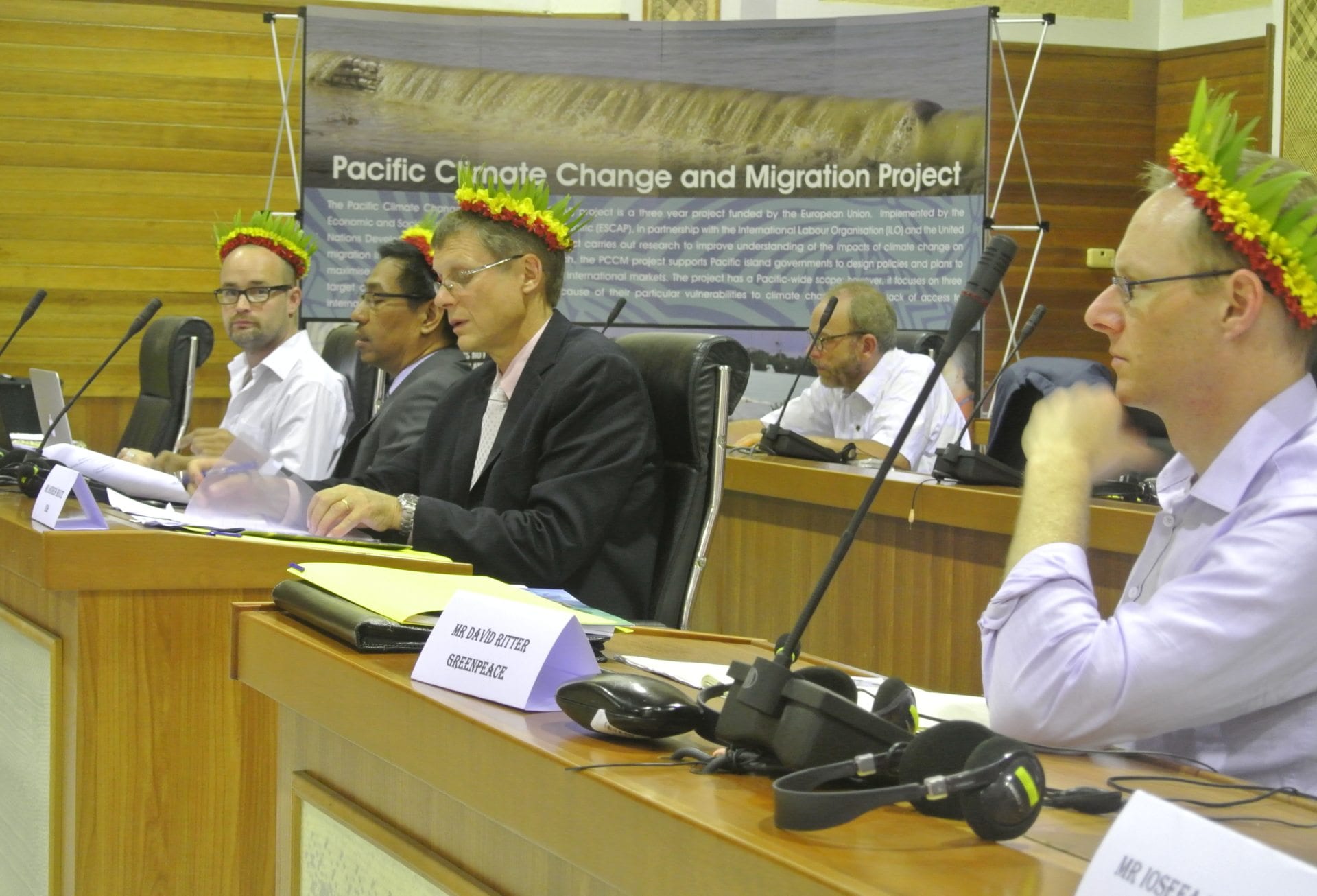