Building upon a commitment to technology and education, The Annenberg Retreat at Sunnylands sponsored a meeting of the LEAD (Leading Education by Advancing Digital) Commission on February 7 to 8, 2013 in Washington, D.C.

The LEAD Commission is a non-governmental organization that was created at the behest of the Federal Communications Commission and the United States Department of Education to promote the integration of learning technology in the United States educational system. There are four LEAD Commissioners. They are pictured above from left, Lee Bollinger, president of Columbia University; Jim Steyer, founder & CEO of Common Sense Media; Margaret Spellings, former Secretary of Education; and Jim Coulter, founding partner & CEO of TPG Capital, L.P. Geoffrey Cowan, president of The Annenberg Foundation Trust at Sunnylands (2010-2016) is on the right. 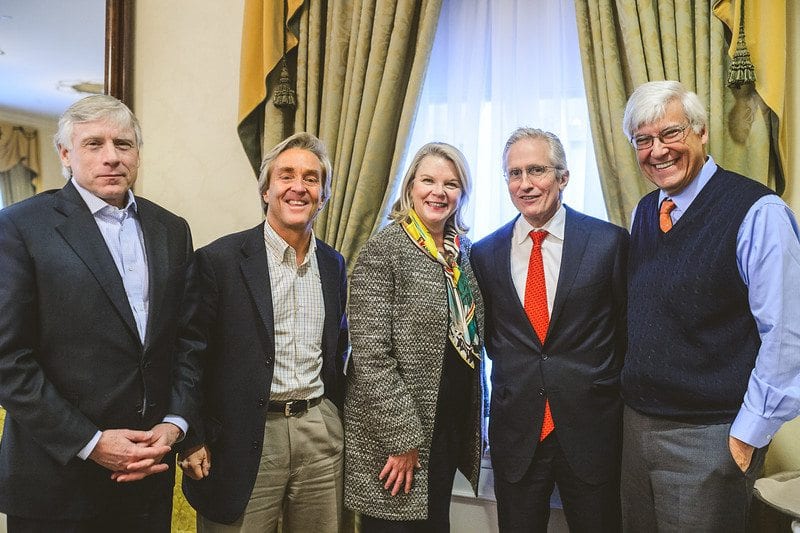