Treasures at Sunnylands: Selections from the Gift Collection of Walter and Leonore Annenberg celebrated the range of gifts given to the Annenbergs by presidents, royalty, diplomats, business leaders, entertainers, and family. These gifts reflect the importance of the personal relationships the couple cultivated throughout their lives. This exhibition featured 46 items reflecting both the generosity and the whimsy of the Annenbergs’ guests, family, and close friends.

Gifted by Britain's Princess Margaret, these royal presentation boxes were displayed alongside other royal boxes and signed portraits in the Royal Sitting Room at Sunnylands. 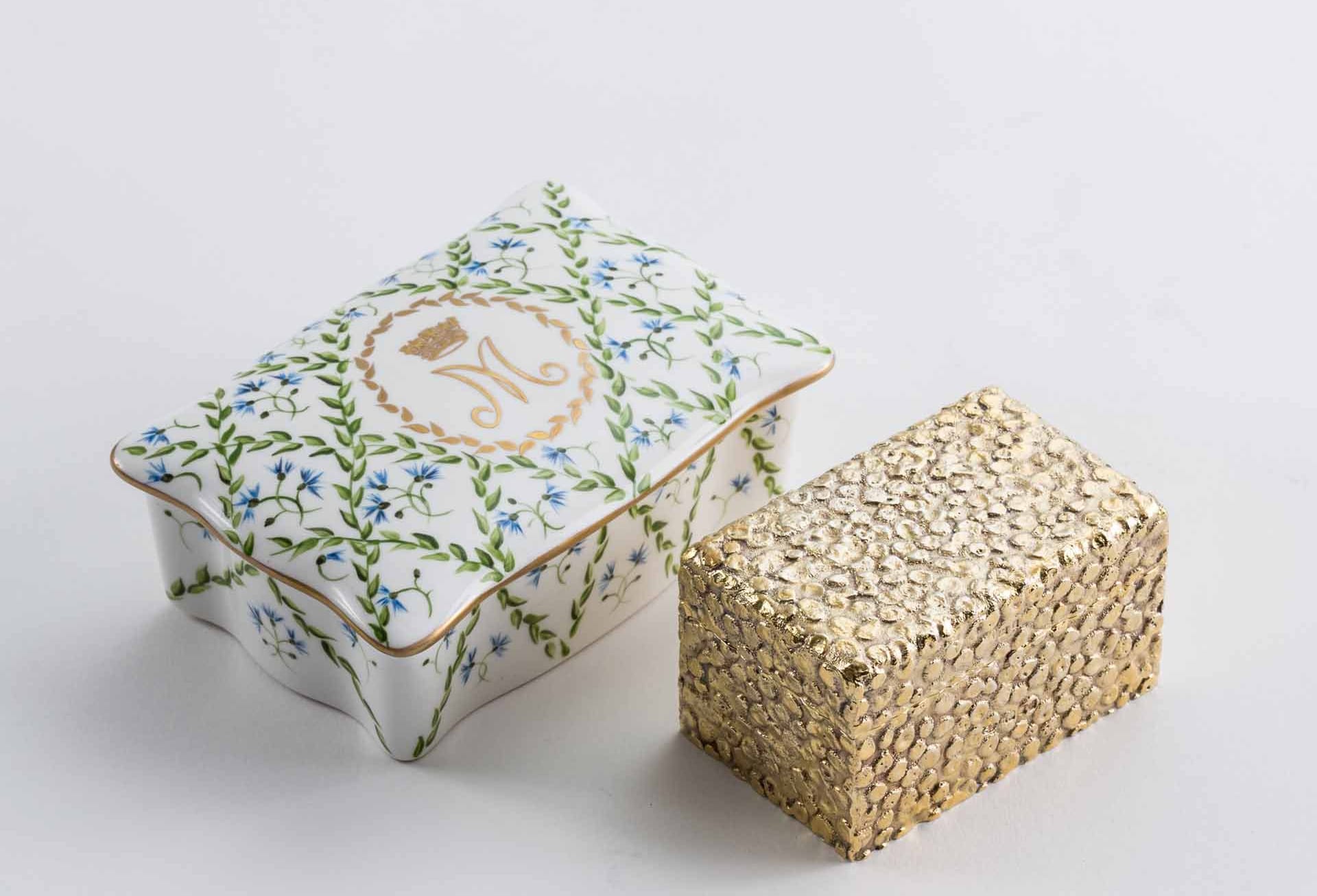 Former Prime Minister Margaret Thatcher gifted these engraved ashtrays to the Annenbergs who displayed them in the Room of Memories. 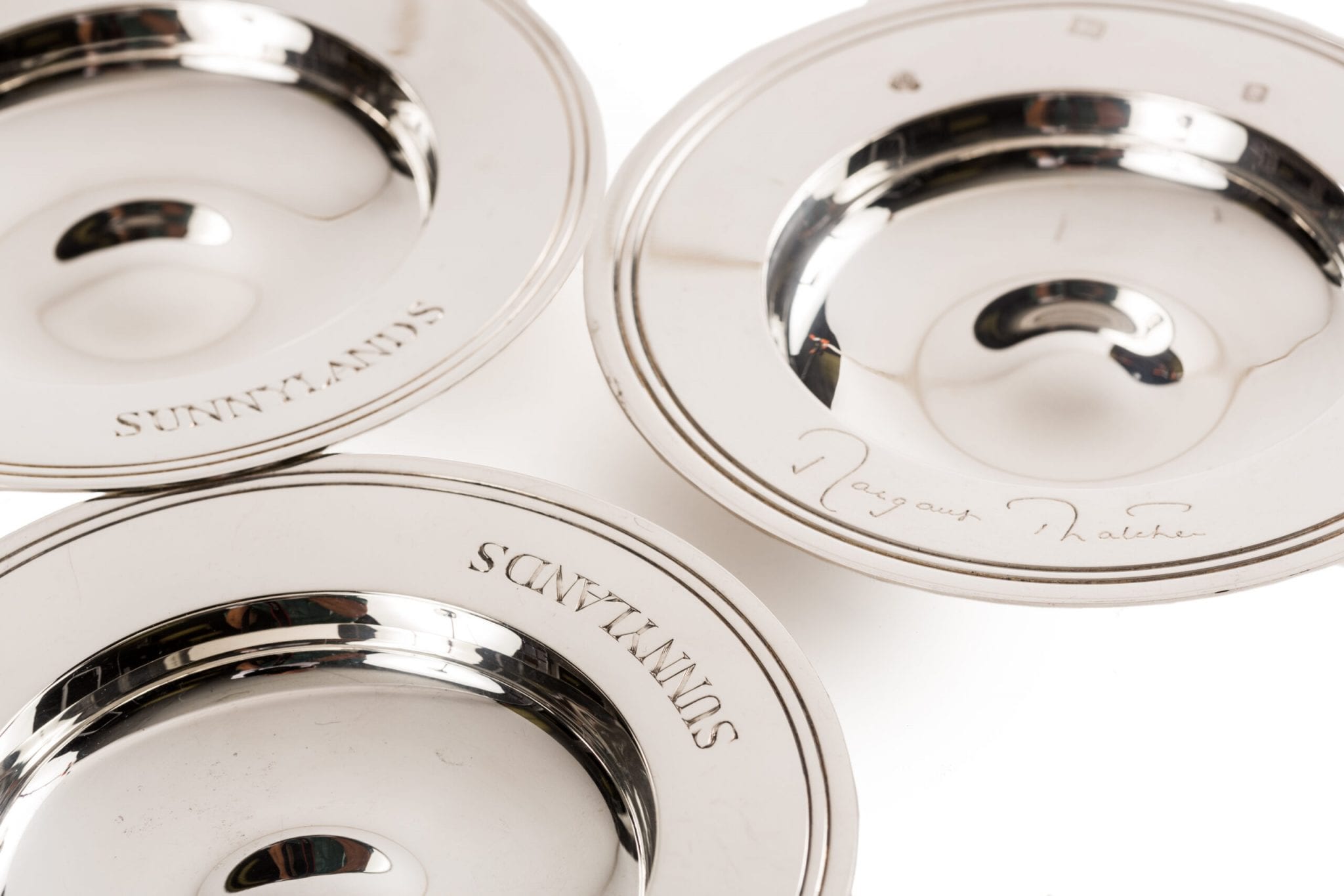 As a 90th birthday gift to Leonore Annenberg, Jay and Sharon Rockefeller gifted her this inscribed box which was displayed in the Inwood Room. 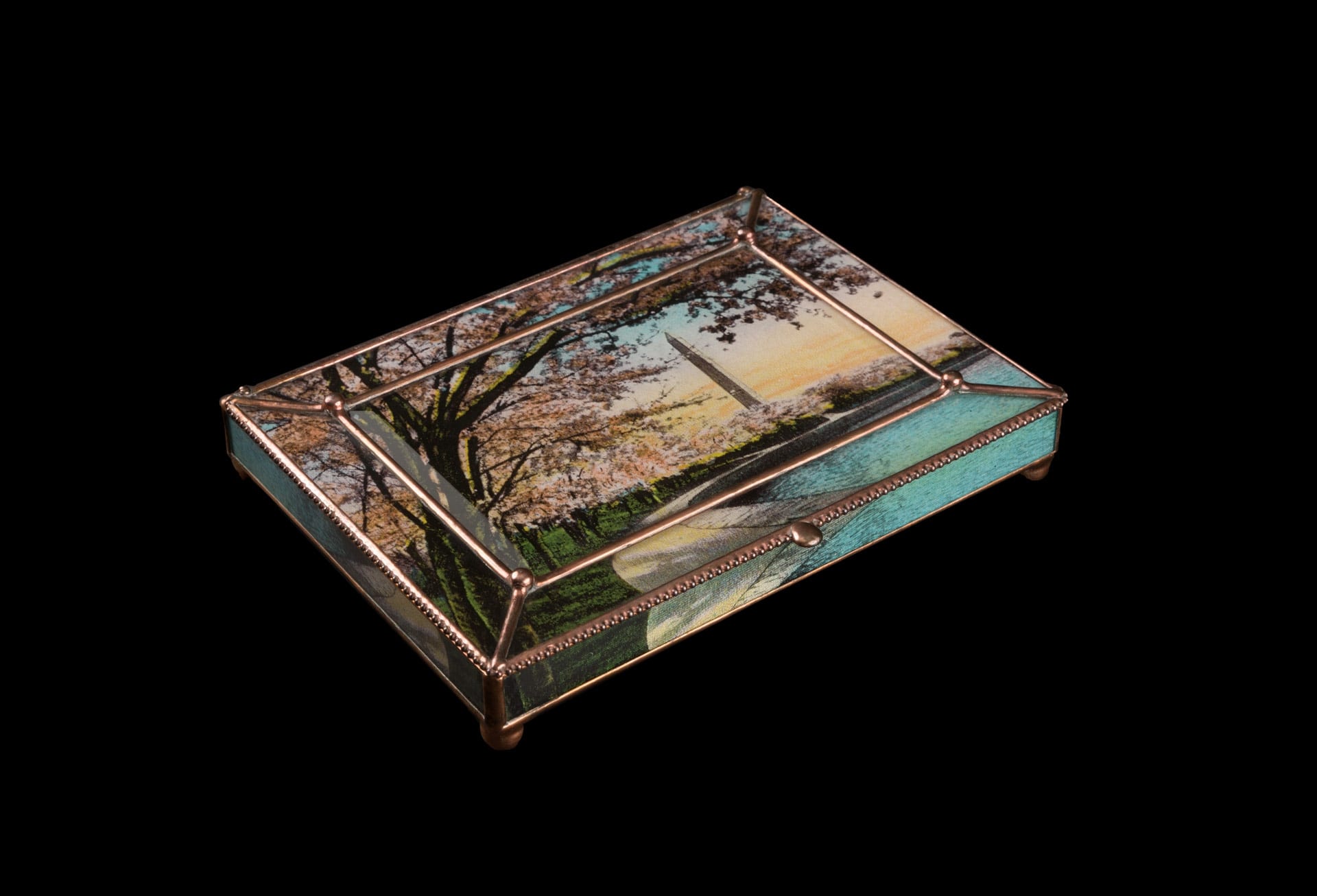 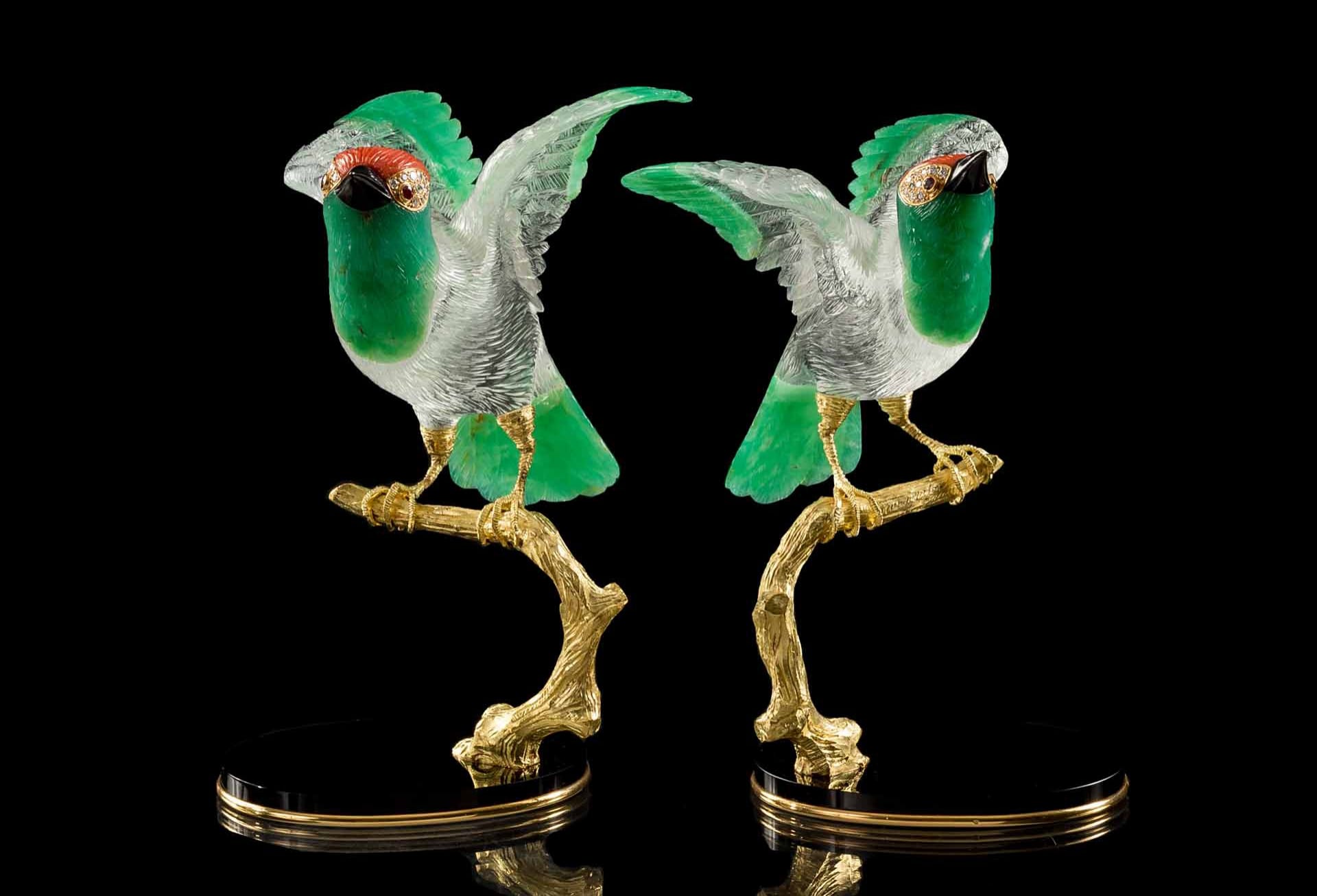 Reflecting his generosity and sense of humor, Frank Sinatra's gift of a 1967 British Mini Moke vehicle was a wonderful addition to the Annenebergs' collection.

President George H.W. Bush presented this singing Big Mouth Billy Bass fish to the Annenbergs, capturing the sense of humor of their relationship. 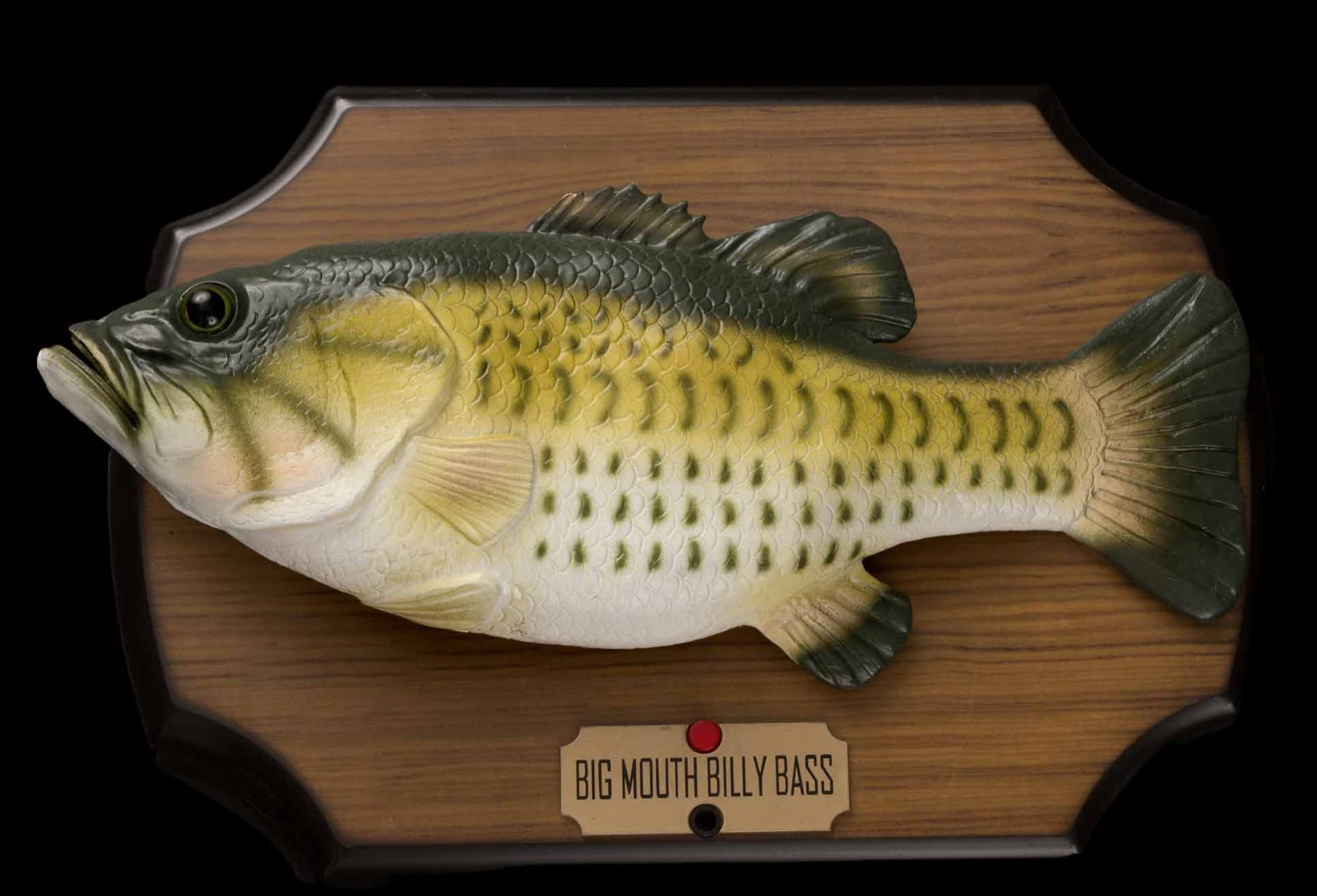 Over the decades, the Annenbergs were the recipients of countless personal gifts—some lavish, some light-hearted and sentimental—from the world-famous figures they entertained at their home. Many of the gifts received over the years were perishable. Beautiful, fragrant floral arrangements were delivered to Sunnylands from friends. Gifts of candies, pastries, fruits, caviar, and other delicacies would regularly arrive at Sunnylands. Literature was also a popular present. More than 1,200 books were gifted to the Annenbergs, either inscribed or signed by a guest.

Presidents also left their mark at Sunnylands, sending letters of praise to the Annenbergs for their hospitality. President Dwight D. Eisenhower and his wife, Mamie, were "deeply touched by the little painting of the sunflower" that the Annenbergs gifted them. President Richard Nixon left an inscribed set of right-handed golf clubs to the Annenbergs, and other presidents sent signed memorabilia and photographs.

But the most cherished gifts were those from family members. Their creative gestures of love were often placed in the master bedroom or private areas of the home to be enjoyed in a more personal setting.

The exhibition catalog, Treasures at Sunnylands: Selections from the Gift Collection of Walter and Leonore Annenberg, contains an essay by Anne Rowe, director of collections and exhibitions at Sunnylands. Rowe has worked in museum management for 20 years and oversaw the formation of the archive, library, museum collections, and exhibition programs. Her previous publication was The Pleasure of Your Company: Entertaining at Sunnylands.

A digital version of the catalog, Treasures at Sunnylands: Selections from the Gift Collection of Walter and Leonore Annenberg, is available here for download. 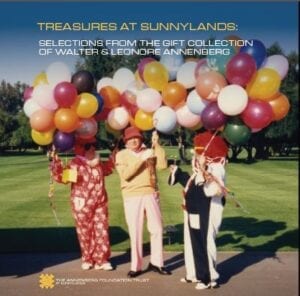 A print edition is available for purchase in the Sunnylands gift shop.