Asian Artists in Crystal: Steuben Glass at Sunnylands celebrated the 60th anniversary of the creation of the crystal series by Steuben Glass of Corning, New York. Steuben Glass created the series at the request of the United States State Department, which was interested in establishing friendly connections throughout Asia and the Near East. Artists in these regions were invited to submit drawings representative of their cultural history and identity. In 1955, drawings by 36 Asian artists from 16 countries were chosen for copper wheel glass engraving. Steuben designers created glass objects inspired by the drawings that were then transposed onto crystal. In 1971, the Annenbergs acquired this 36-piece crystal collection, which is the only complete set in existence. After the exhibition at the Center & Gardens, the pieces were returned to their original display gallery inside the historic home, where guests can experience the collection on the historic house tour.

The Annenbergs Steuben collection is housed in a custom-designed gallery inside the historic home. 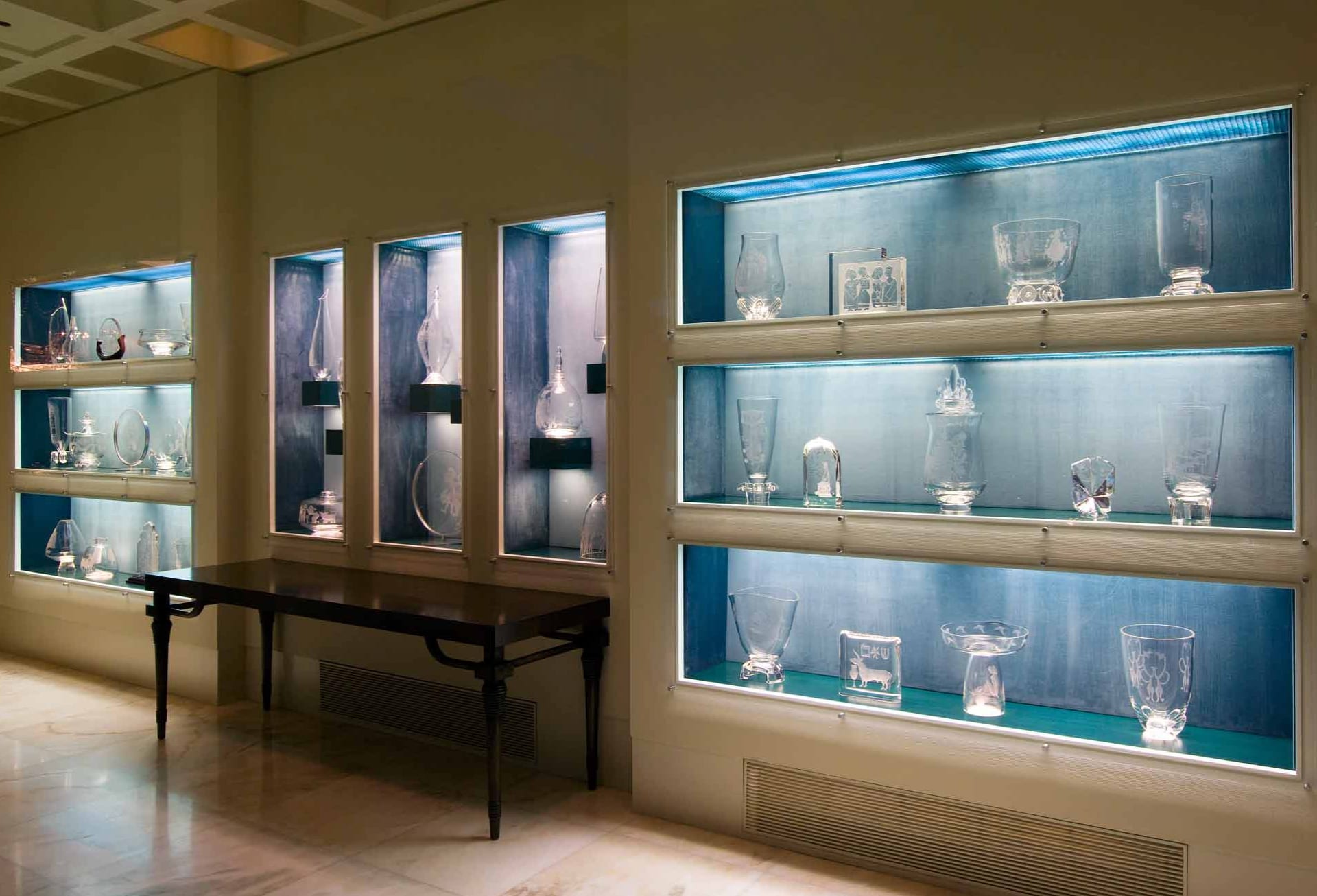 The collection reflects the Annenbergs' admiration for diplomacy through the arts. 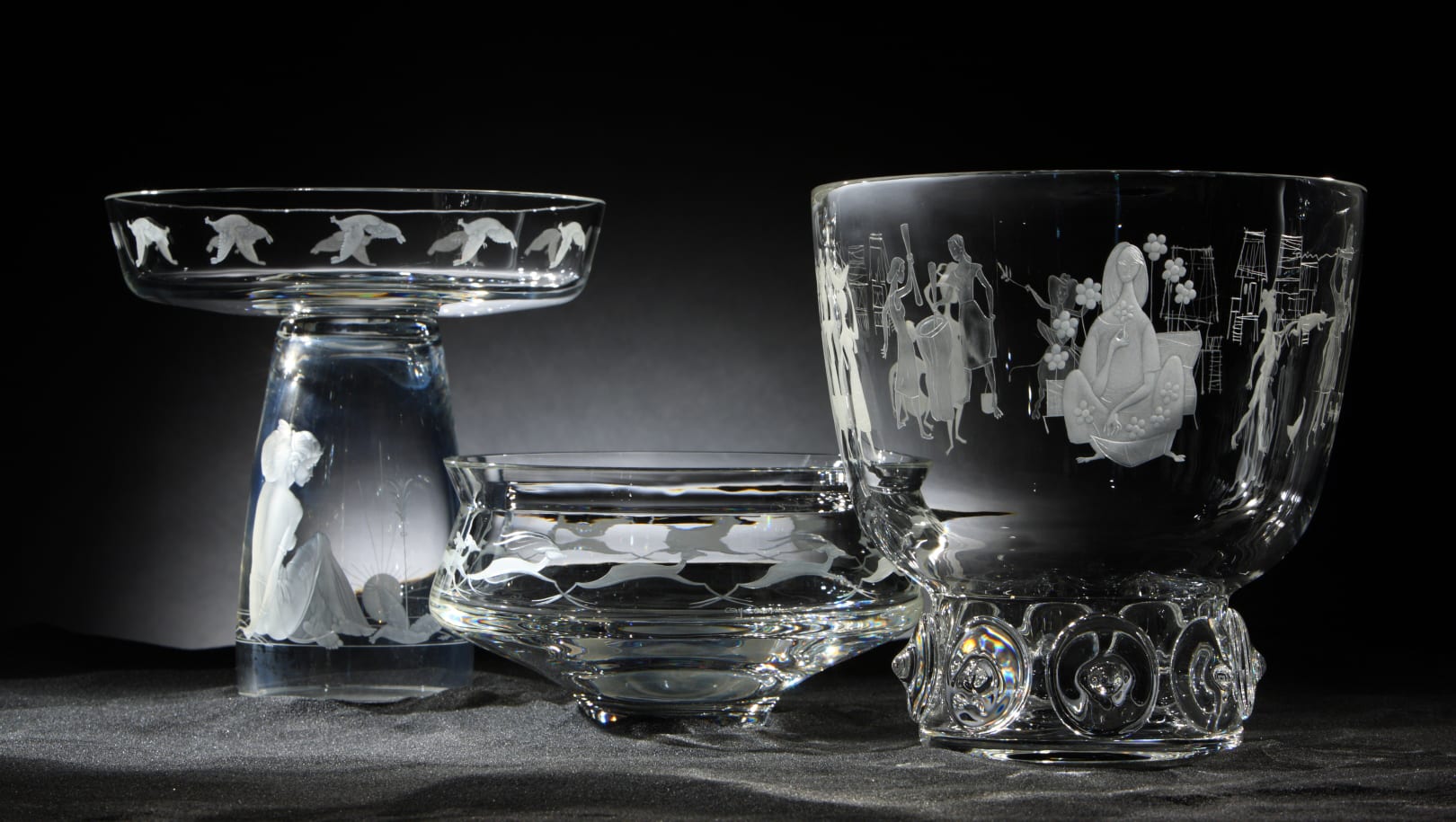 Hundreds of artist drawings were reviewed before the final 36 were selected to be engraved on glass. 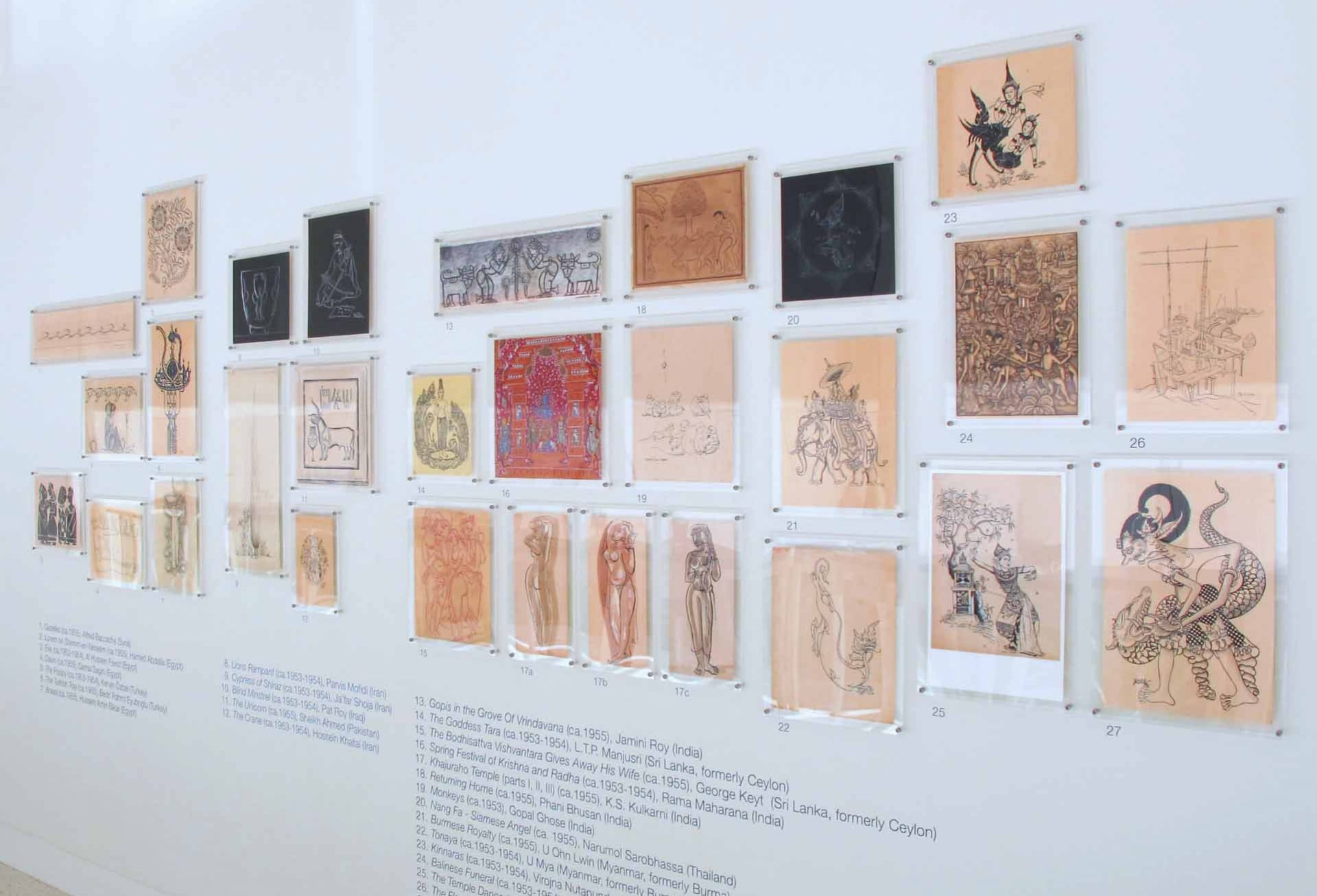 These pieces from Egypt were on view at the Center & Gardens as part of the exhibition. 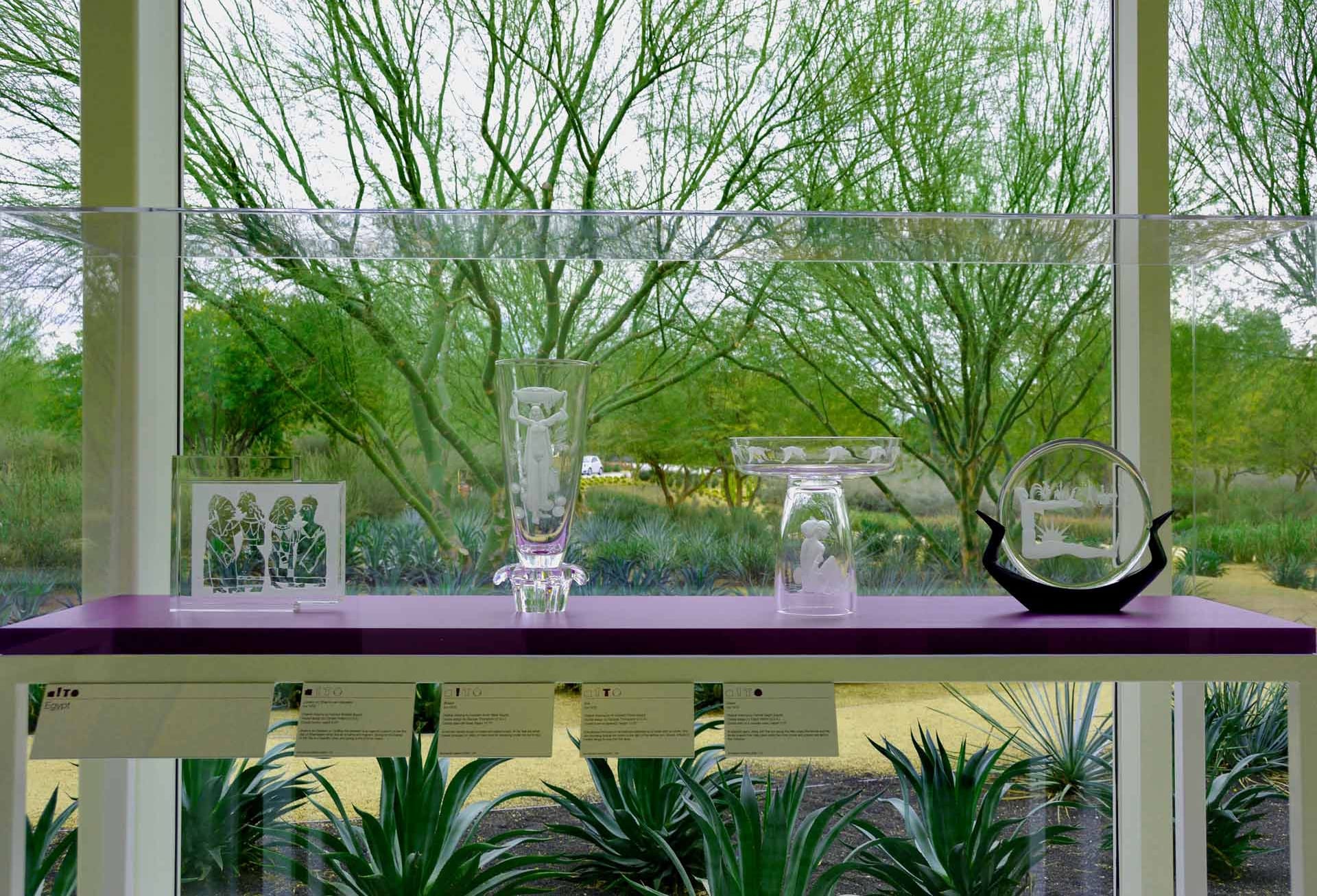 Pieces from Vietnam and Indonesia were displayed together. 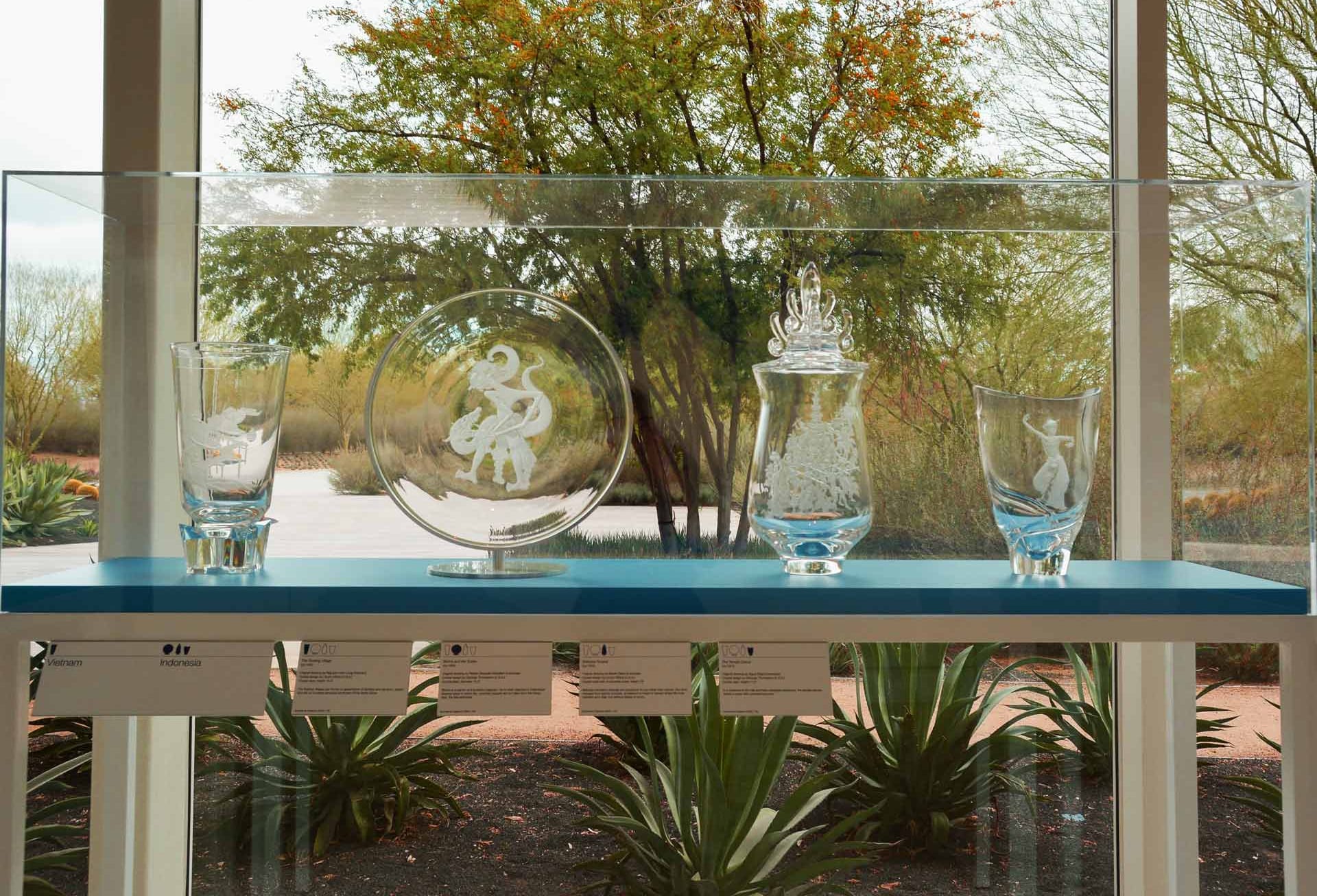 Diplomacy through the arts

Two sets of this crystal series were created by Steuben Glass in 1955. One set was exhibited at the National Gallery of Art in Washington, D.C. in January 1956 and then traveled to The Metropolitan Museum of Art in New York City in March 1956. By the time the Annenbergs were contacted by Steuben Glass 15 years later, only 13 of the 36 pieces were available for purchase. The Annenbergs commissioned the additional 23 pieces, assembling the only complete collection in existence. They proudly displayed the unique works in a custom-designed gallery at their Sunnylands home.

This diplomacy-through-art collaboration resulted in advancing international relations but was also an aesthetic success. The series was well received by the international community and included a traveling exhibition in Asia and the Near East. A total of 28 cities in 16 countries served as hosts during the 1956 to 1958 touring years. The Annenbergs’ interest in reassembling this historic collection reflects their admiration for the beauty of the collection and for the intriguing history of the works created as a political outreach program.

A 17-minute black-and-white documentary film was produced by the Thomas Craven Film Corporation and presented by the United States Information Service, in cooperation with Steuben Glass and The Metropolitan Museum of Art. This 1956 film features the exhibition as it was displayed at The Metropolitan Museum of Art and includes brief explanations about selective designs. The film was screened in Australia at the Sixth Melbourne Film Festival in June 1957

The exhibition catalog Asian Artists in Crystal: Steuben Glass at Sunnylands contains two essays. One is by Frank Lopez, who began working at Sunnylands in 2009 and has been instrumental in the creation and ongoing development of the Sunnylands Collection archives and library. The second essay was written by William Warmus, a fellow of the Corning Museum of Glass. He is the author of more than a dozen books, including biographies of Louis C. Tiffany, René Lalique, and Dale Chihuly.

A digital version of the catalog Asian Artists in Crystal: Steuben Glass at Sunnylands is available for download. 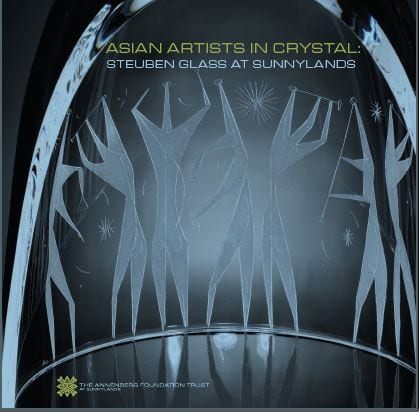 Print edition is available for purchase in the Sunnylands gift shop, in-store and online.