Thursday, June 23 – The Ninth Summit of the Americas, a meeting of leaders from across the Western Hemisphere, concluded on Friday, June 10, after several days of discussions on a range of challenges, from public health to migration. Importantly, various Summit initiatives addressed areas of economic opportunity, including “friend shoring” and renewable energy.

Weeks before the summit, on April 19-21, the Wilson Center’s Latin American Program (Wilson Center) and The Annenberg Foundation Trust at Sunnylands (Sunnylands) hosted a meeting at the Sunnylands estate in Rancho Mirage, Calif., to discuss “friend shoring” and renewable energy with senior officials from the United States, Central and South America and the Caribbean, international financial institutions and the private sector. Those conversations generated a range of ideas that could now help leaders implement commitments from the Los Angeles summit.

Both “friend shoring” — the relocation of manufacturing facilities and services from distant, and in some cases authoritarian, countries in Asia to partner nations, most notably in the nearby Caribbean Basin and elsewhere in the Americas — and greater investments in renewable energy offer potentially significant sources of capital that could accelerate the region’s economic recovery and address other challenges, including migration.

As governments turn to implementing their summit commitments, the following recommendations, developed at the Sunnylands pre-meeting, could help policymakers develop strategies to promote these promising sectors:

The Wilson Center was chartered by Congress in 1968 to serve as the nation’s key non-partisan policy forum for tackling global issues through independent research and open dialogue to inform actionable ideas for the policy community. Its Latin American Program provides expertise to a broad community of decision makers in the United States and Latin America on critical policy issues facing the hemisphere.

The primary mission of The Annenberg Foundation Trust at Sunnylands is to bring together global leaders and experts from a host of sectors and perspectives to promote world peace, facilitate international agreement, and engage in creative, ambitious problem solving. Many important events have been held at Sunnylands—including the U.S.-ASEAN Special Leaders’ Summit (2016), the summit between President Barack Obama and President Xi Jinping (2013), and several track 1.5 and track 2 dialogues on global cooperation, global health, food and agriculture, and civic and democratic engagement.

The Wilson Center and Sunnylands are eager to collaborate with leaders in the hemisphere to implement these “friend shoring” and renewable energy recommendations, as well as other commitments made at the Summit of the Americas. 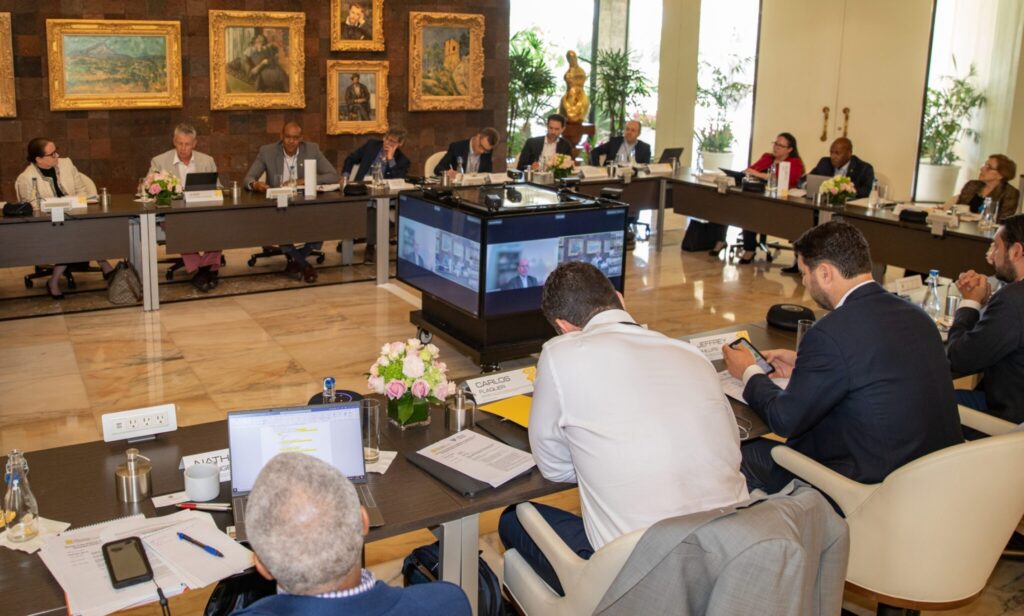