The Association of Tribal Archives, Libraries, and Museums (ATALM) International Conference was held in Palm Springs and attended by more than 600 people. The program at the June 10 awards luncheon included a moment of silence for the recently deceased Chester Nez, the last of the Navajo code talkers, a performance by the Aqua Caliente Bird Singers, and the reading of a poem on Guidelines for the Treatment of Sacred Objects that was both humorous and a tribute to librarians and archivists. But it was the recognition for Gregory Annenberg Weingarten, as “Honored One” that got everyone to their feet for an extended ovation.

The award “recognizes indigenous or non-indigenous individuals or organizations whose contributions have significantly benefited the preservation of indigenous cultural heritage and supported the work of tribal archives, libraries, and museums.” In its announcement, the association praised Weingarten as “a visionary philanthropist who strives to improve the well-being of people and communities.” Weingarten played a leadership role in returning sacred works to the Hopi, San Carlos Apache, and White Mountain Apache cultures. After French courts refused to block a Paris auction house’s sale of Hopi and Apache religious artifacts, the Annenberg Foundation purchased the sacred objects on behalf of the tribes. In all, 21 Hopi kachina masks and three Apache sacred headdresses were returned to their rightful owners.

“These are not trophies to have on one’s mantel; they are truly sacred works for the Native Americans,” Weingarten said after the items were purchased. “They do not belong in auction houses or private collections. It gives me immense satisfaction to know that they will be returned home to their rightful owners, the Native Americans.” 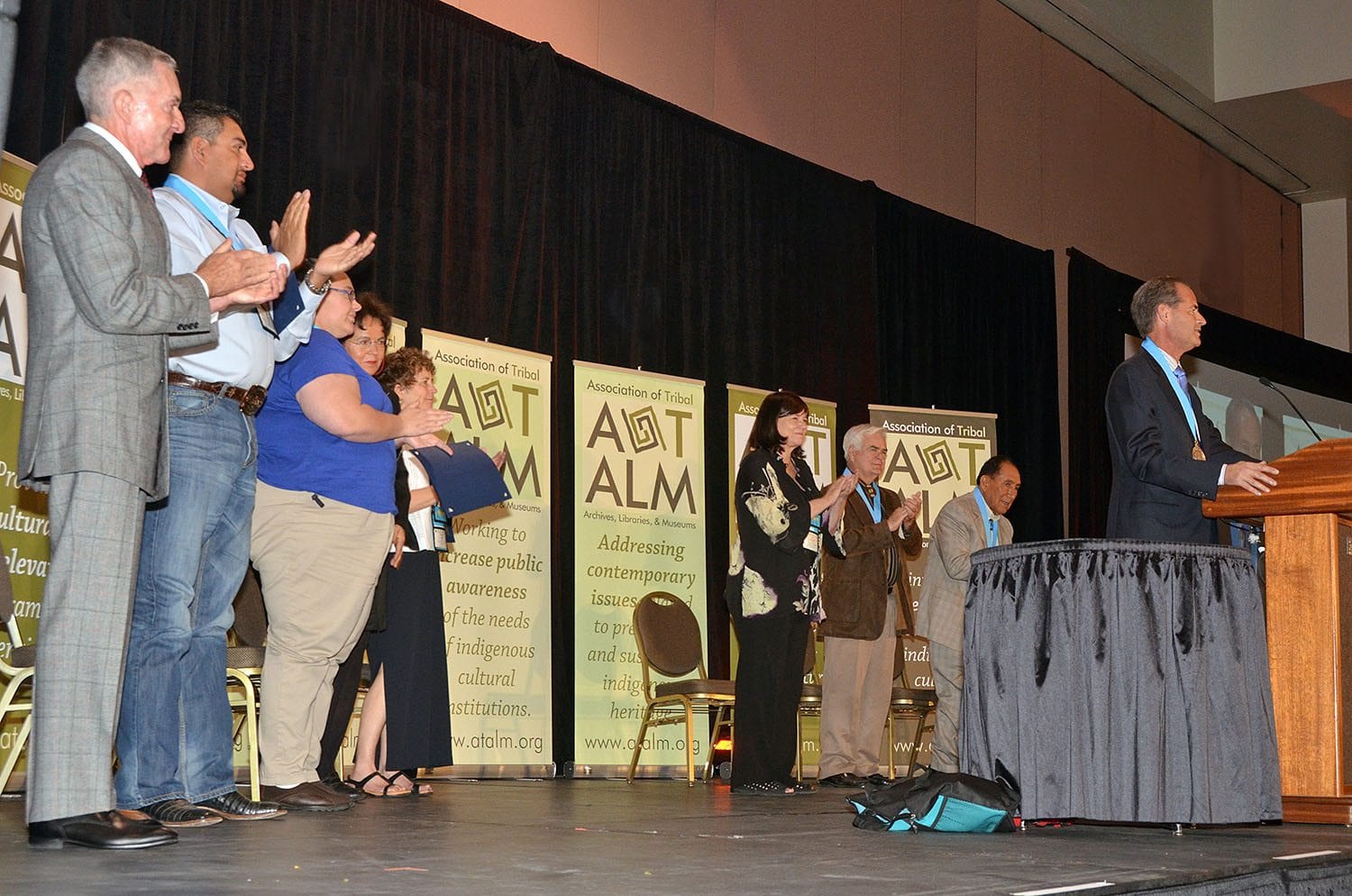