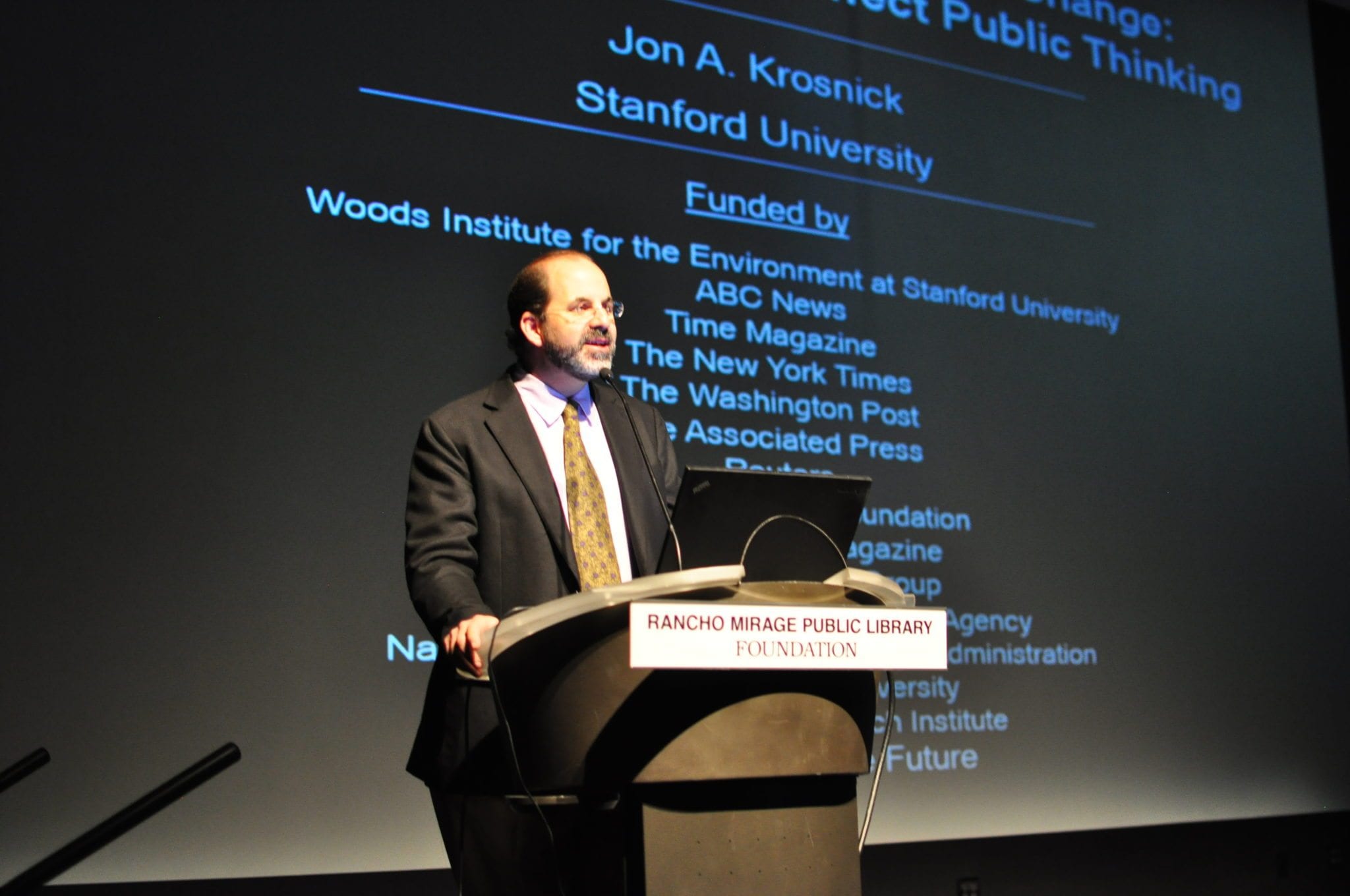 MARCH 26, 2015 — The perception is that America is deeply divided over the validity of climate change and what, if anything, the federal government should do about it.

The reality is quite different, according to Stanford University professor Jon Krosnick, who spoke March 24 at the Rancho Mirage Public Library about nearly two decades of polling results on the issue as part of the Sunnylands Speaker Series.

Recognized as a world expert on the psychology of attitudes, Krosnic has conducted research into American’s views on climate change since 1997. He is the winner of the American Association for Public Opinion Research’s Lifetime Achievement Award and directs the Political Psychology Research Group and the Summer Institute in Political Psychology at Stanford.
“What we found is that two-thirds to three-quarters of Americans have endorsed the idea that the planet has been warming over the last 100 years, that it’s due at least partly to human activity, that it poses a threat to future generations and that the federal government in particular should take actions that reduce the amount of warming that takes place in the future,” Krosnick said in a video interview with the Desert Sun.

Indeed, Krosnick said, the vast majority of Americans have consistently held these views since his polling began. Even changes in terminology – such as from “global warming” to “climate change” – have not substantially altered public opinion on the subject, he said.
While polling shows belief in climate change is the prevailing view of Americans – including a majority of Republicans, Democrats and independent voters – Krosnick said his research found that high percentages of the public aren’t aware of how widely accepted the phenomenon is embraced in this country. “Americans believe the country is more divided that it is,” he said.

His latest poll found that an overwhelming majority of the public, including half of Republicans, favor government intervention to curb global warming.

But, Krosnick said, his research also found that the public expresses more skepticism on climate change when scientists studying the issue advocate for governmental policy changes to address it. His advice: “Natural scientists should stick to talking about natural science.”