The Annenberg Foundation Trust at Sunnylands deeply mourns the passing of Britain’s longest-reigning monarch, Queen Elizabeth II of England, whose enduring friendship with Walter and Leonore Annenberg resulted in a royal visit to Sunnylands in 1983. 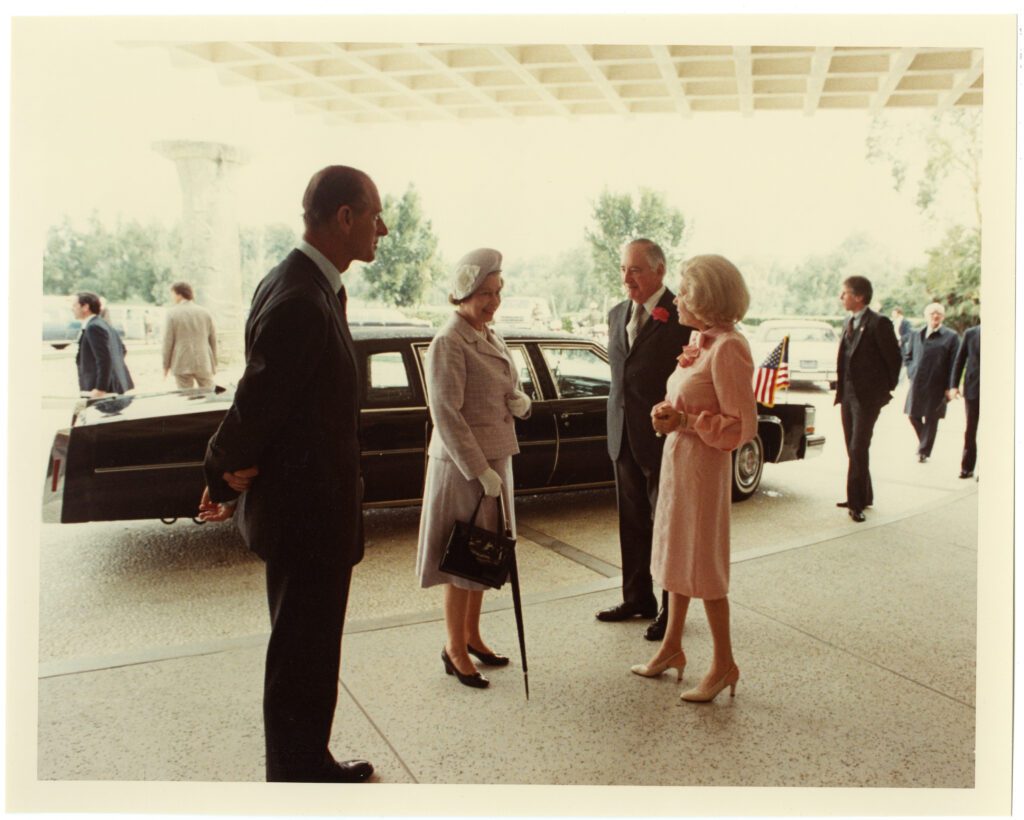 The Annenbergs first met Queen Elizabeth II and the other members of the royal family in 1969, when Walter began his service as Ambassador to the Court of St. James’s under President Richard Nixon.

While their first meetings with The Queen were at formal diplomatic events, the Annenbergs established a friendship with several members of the royal family over their five-year stay in London, including The Queen, Prince Philip, the Queen Mother, Prince Charles, and Princess Margaret.

The Annenbergs were honored to welcome Queen Elizabeth and Prince Philip to a luncheon at Sunnylands on Feb. 27, 1983, when the royal couple was in California for a 10-day tour.  It was one of the rare times that The Queen visited a private home in the United States. 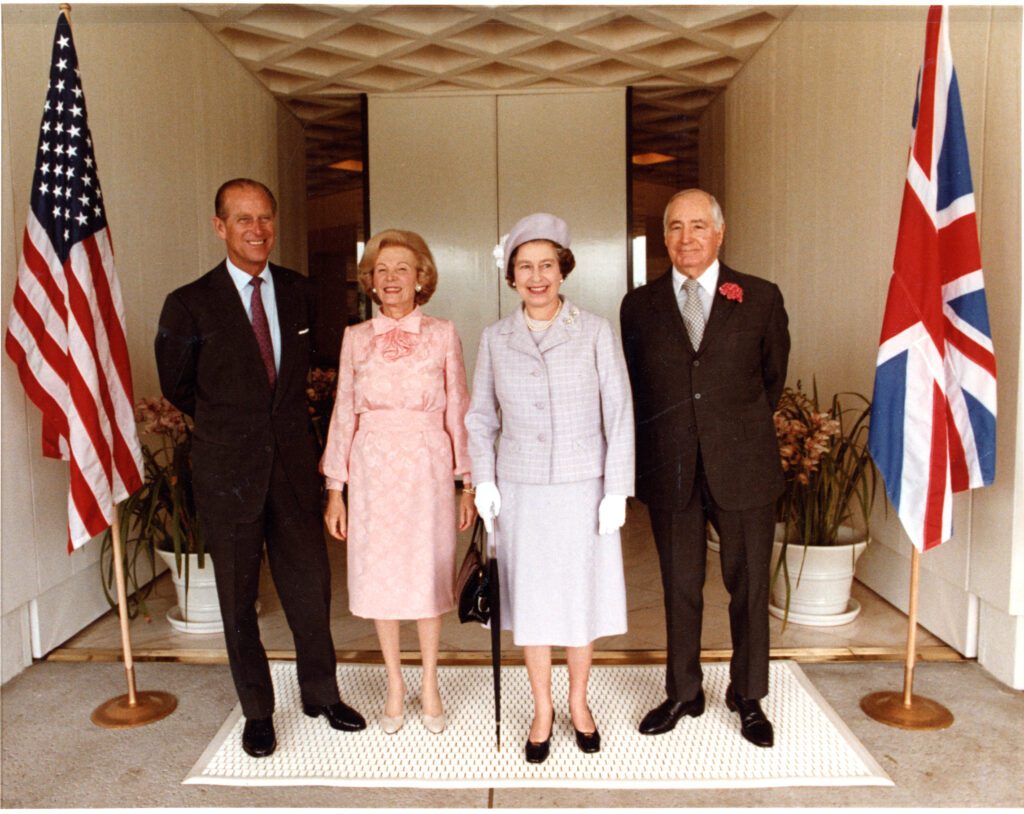 “Your Majesty, your presence brightly rekindles our five-and-a-half years in Britain, certainly the proudest years for Lee and me,” Walter said in a toast to The Queen.

While at Sunnylands, Queen Elizabeth II and Prince Philip spent time in the Room of Memories surrounded by letters, pictures, and other memorabilia the Annenbergs collected during their lifetimes, including the holiday greeting cards that the Annenbergs received year after year from the Queen Mother.

And, although it was raining, the party toured the grounds as planned. “It looks like I brought the British climate to California!” the Queen joked.

After the visit, Walter Annenberg wrote to The Queen’s assistant private secretary: “I doubt that I shall live to have another such visitation as I did on February 27th. No greater compliment was ever paid to my wife and me than a visit by Her Majesty and His Royal Highness.” 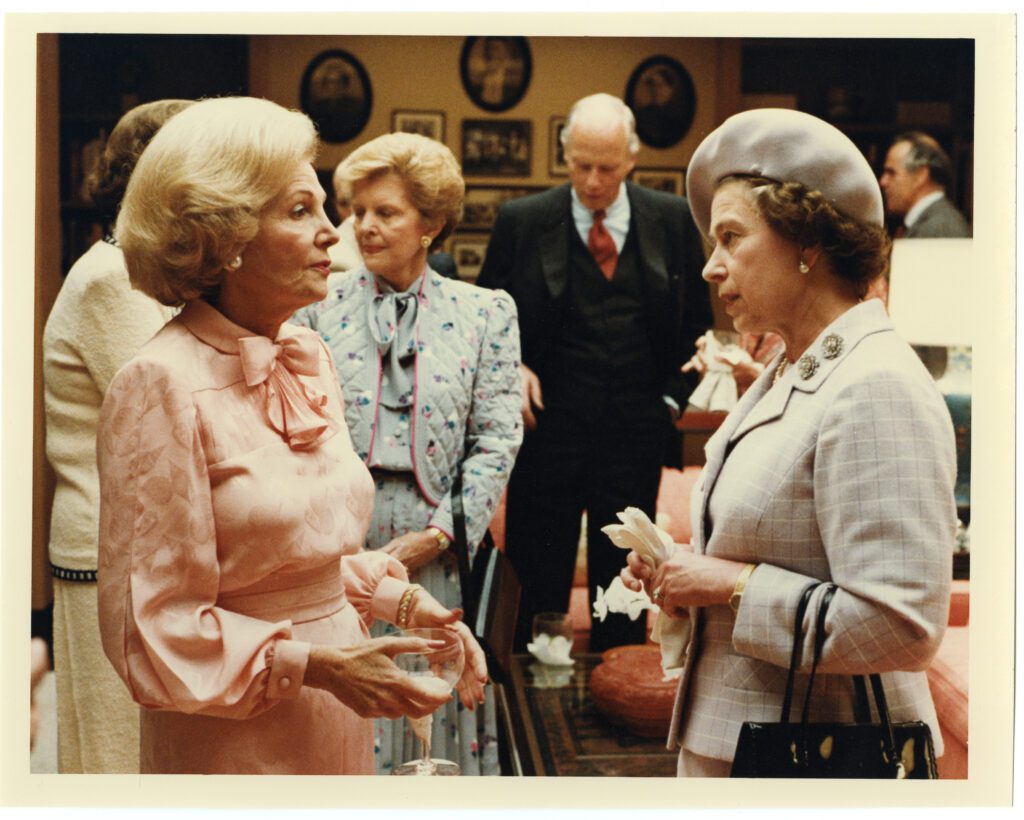 The Queen made Walter Annenberg an Honorary Knight and Leonore Annenberg a Dame Commander of the British Empire in 2004.

People throughout the world will remember Queen Elizabeth II for her grace and the guidance she gave to the citizens of the United Kingdom. Her strength of character has contributed mightily to the legacy of her nation and to the history and prestige of Sunnylands. 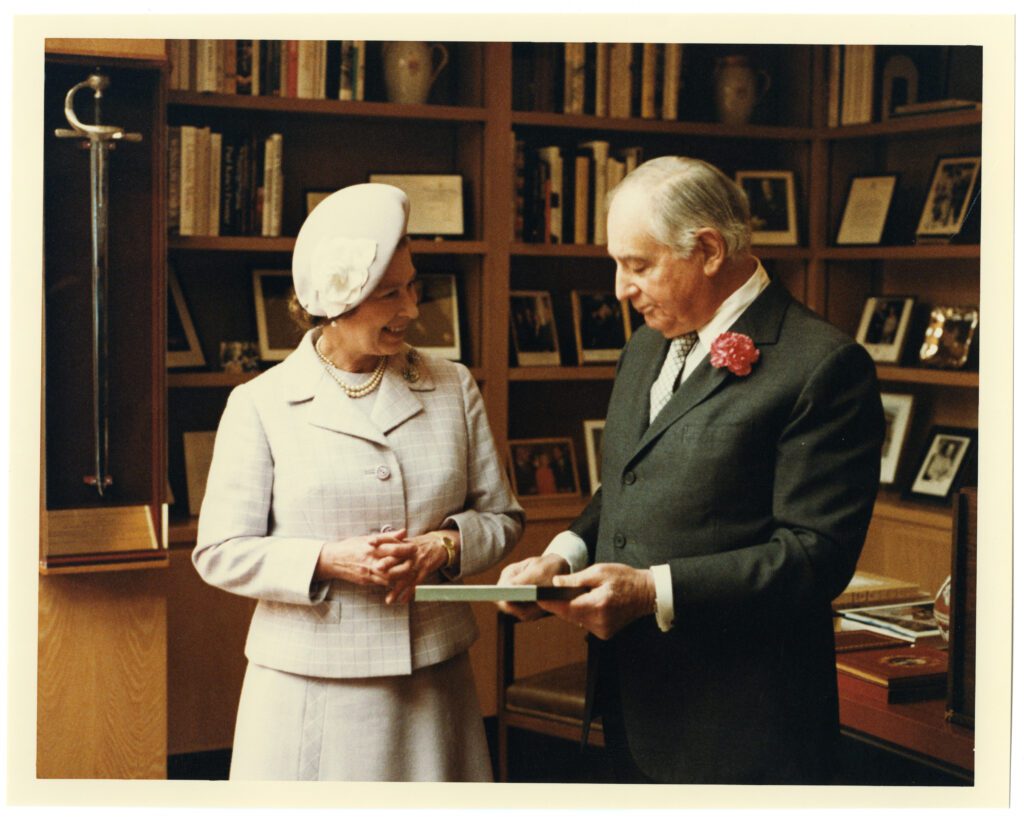