With heavy hearts, the trustees of The Annenberg Foundation Trust at Sunnylands offer condolences to the family and friends of former President George H.W. Bush.

The 41st president, who died Friday, and First Lady Barbara Bush, who passed away in April, were treasured friends of Ambassadors Walter and Leonore Annenberg and visited Sunnylands regularly during the Bush presidency for vacations, dinners, parties, and philanthropic events.

“The foundation cherishes the friendship and memories that President George H.W. Bush and his wife shared with the Annenbergs. His legacy will serve as an inspiration to Sunnylands staff and trustees for years to come,” said David J. Lane, president of The Annenberg Foundation Trust at Sunnylands.

George H.W. Bush was the fifth president to visit Sunnylands and, like others who arrived from the White House, he both relaxed and conducted business at the Annenberg estate in Rancho Mirage, Calif. On his visits, the president would get up early in the morning to fish, play 18 holes of golf, and head back to the lakes to fish again.

In March 1990, President Bush notably hosted an official dinner at Sunnylands, a rarity outside the White House, after an emergency summit with then-Prime Minister Toshiki Kaifu of Japan. The formal gathering brought together two nations for an evening of diplomacy during a time of tense relations between Japan and the United States. The City of Rancho Mirage recognized the dinner by declaring Sunnylands a historic site that same year.

On that same trip, President Bush was present for the March 4, 1990 ceremony announcing Walter and Leonore Annenbergs’ $50 million donation to the United Negro College Fund. 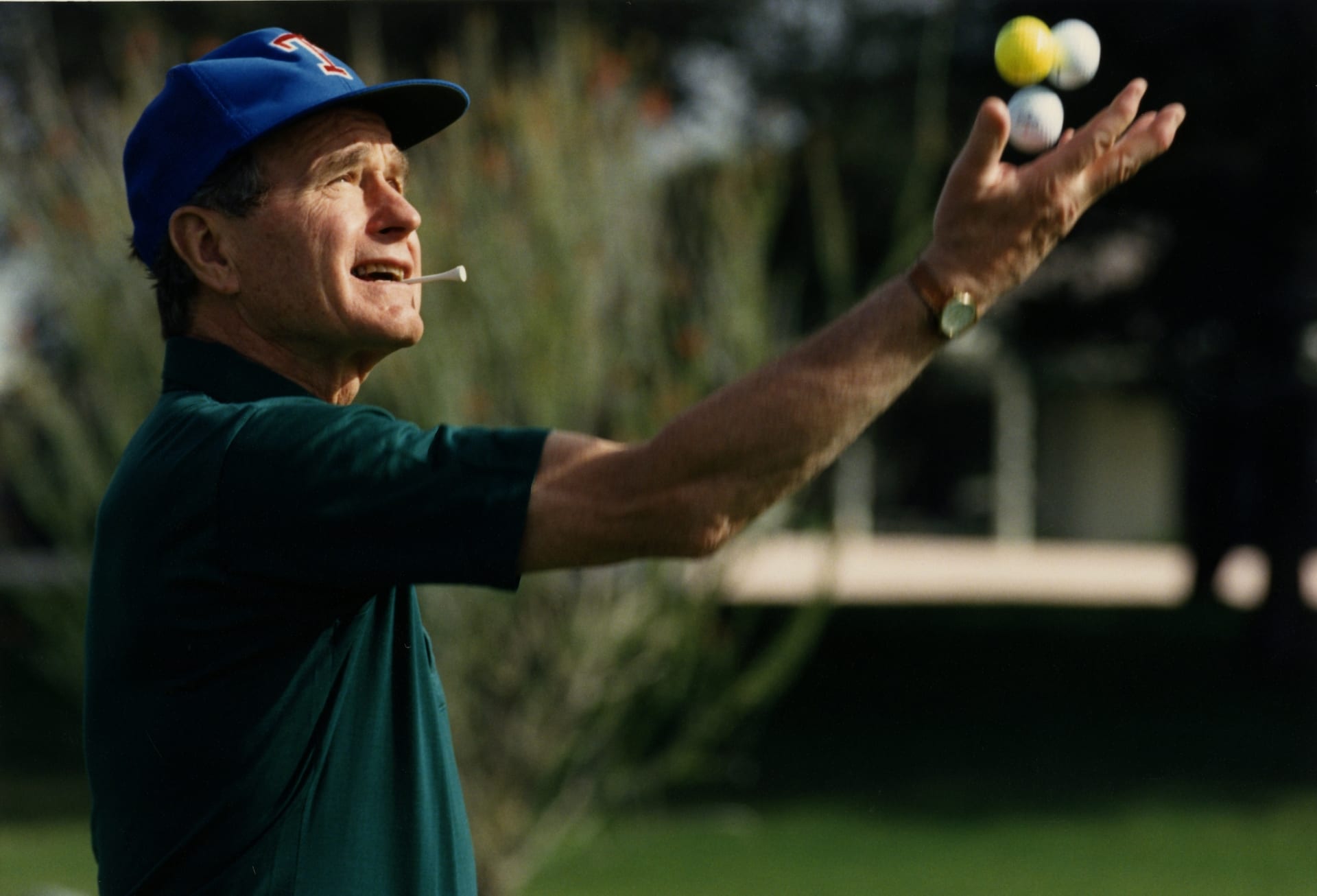 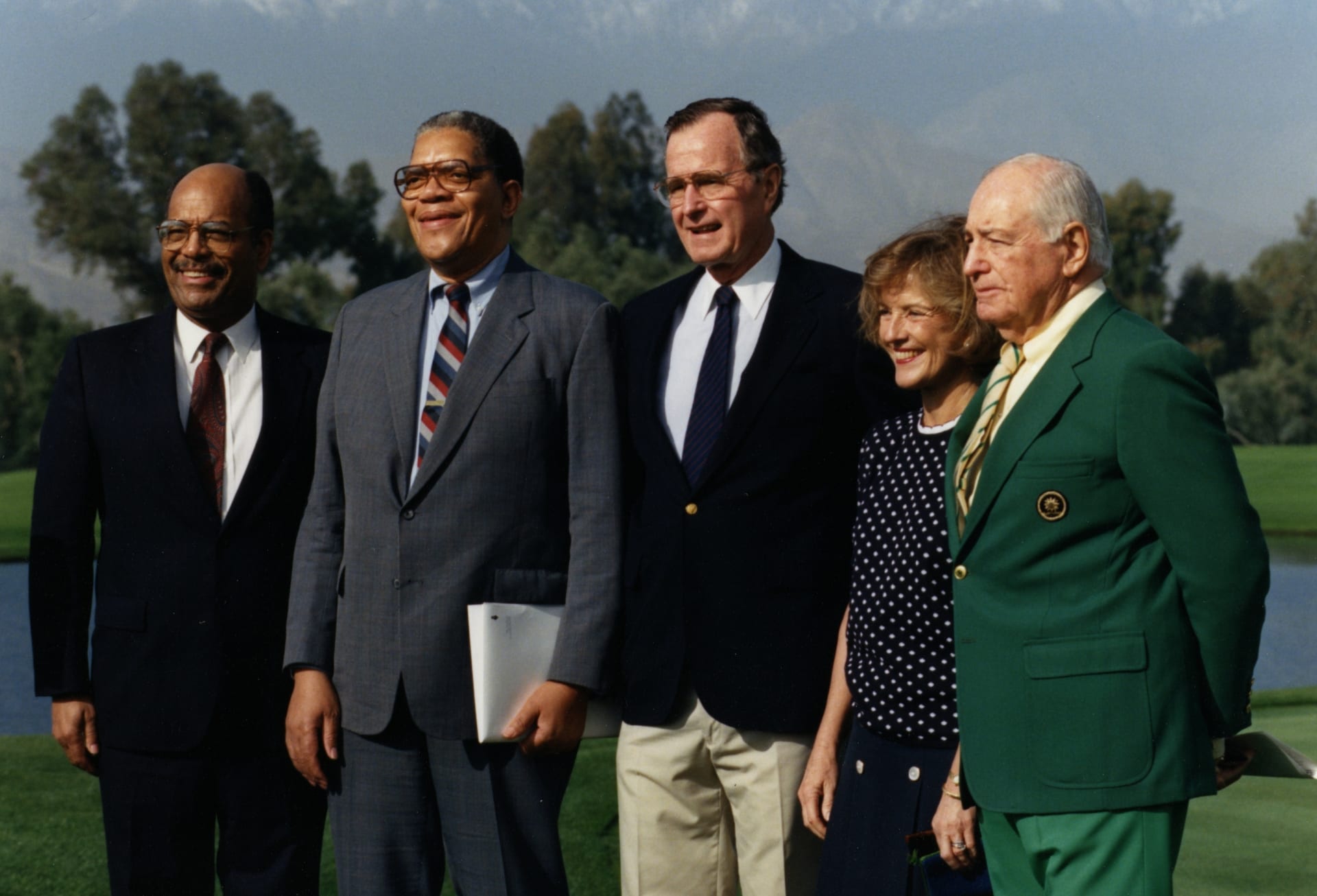 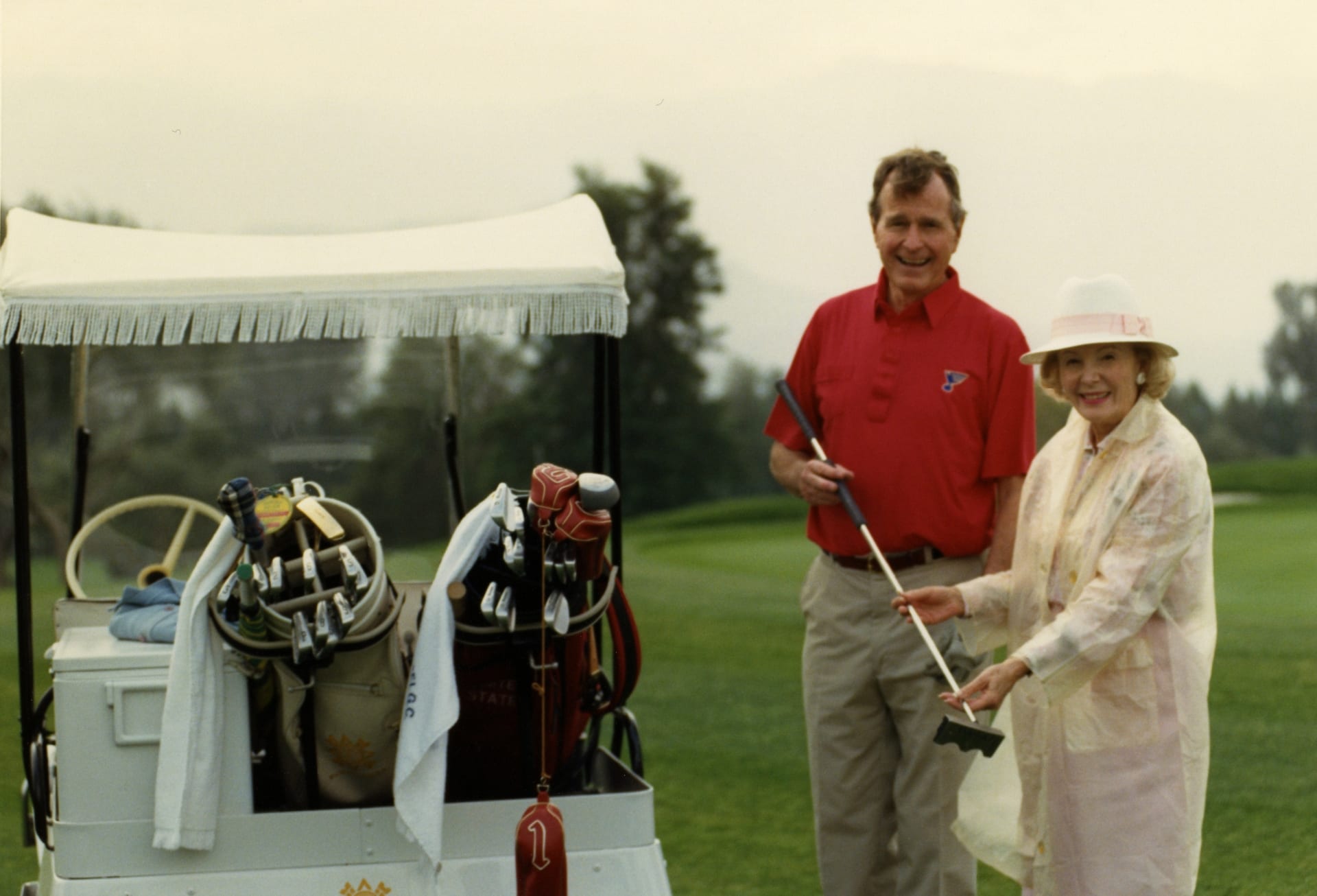 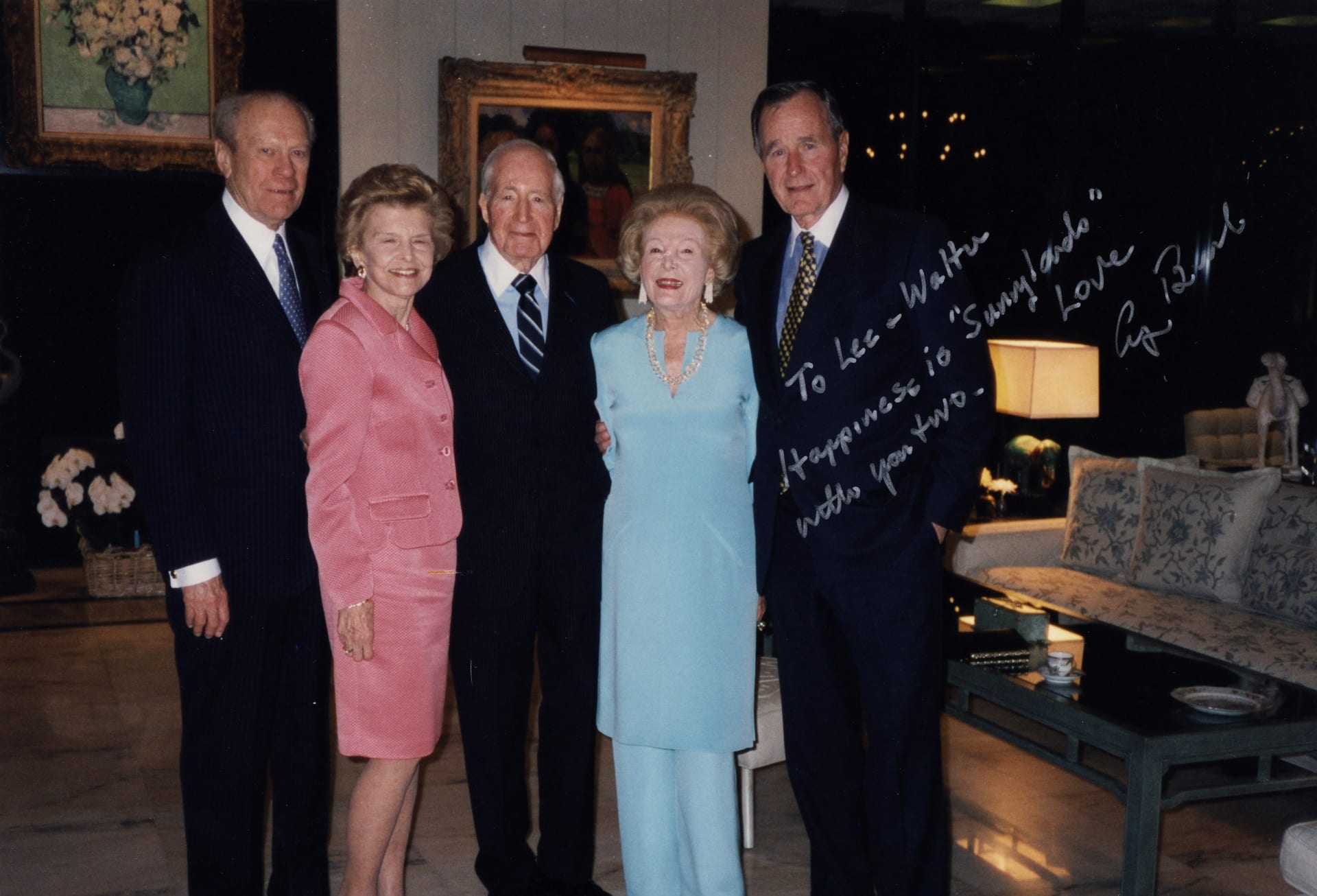