The trustees of The Annenberg Foundation Trust at Sunnylands extend their deepest sympathies to the family and friends of Barbara Bush.

The former first lady and her husband, President George H.W. Bush, were close friends of the Annenbergs and visited Sunnylands regularly during their years in the White House, attending private dinners, parties, and philanthropic events.  Mrs. Bush first signed the Sunnylands guest book in 1988.

“The trustees and staff deeply cherish Mrs. Bush’s friendship with the Annenbergs and her affection for Sunnylands,” said David J. Lane, president of the trust. “Her warmth and congeniality continue to inspire the people and places she visited.”

In March 1990, former President Bush and the first lady hosted an official White House dinner at Sunnylands in honor of then-Japanese Prime Minister Toshiki Kaifu.  During that same weekend, the Bushes attended a ceremony at Sunnylands announcing the Annenbergs’ $50 million gift to the United Negro College Fund.

The couples’ fondness for one another was conveyed in a letter that Walter Annenberg sent to then-Vice President Bush in 1981. “If you will permit me,” he wrote, “it is always warmly pleasant to be in the presence of your distinguished wife.”

While her husband enjoyed fishing at Sunnylands, Mrs. Bush spent time with Mrs. Annenberg playing golf and relaxing at the estate.  Mrs. Bush became a permanent part of the Sunnylands landscape when her signature rose was incorporated into Mrs. Annenberg’s rose garden in the early 1990s. The Barbara Bush rose is arranged with roses commemorating other prominent visitors, including England’s Queen Elizabeth and First Ladies Nancy Reagan, Pat Nixon, and Laura Bush.

The Annenbergs and Barbara and George Bush 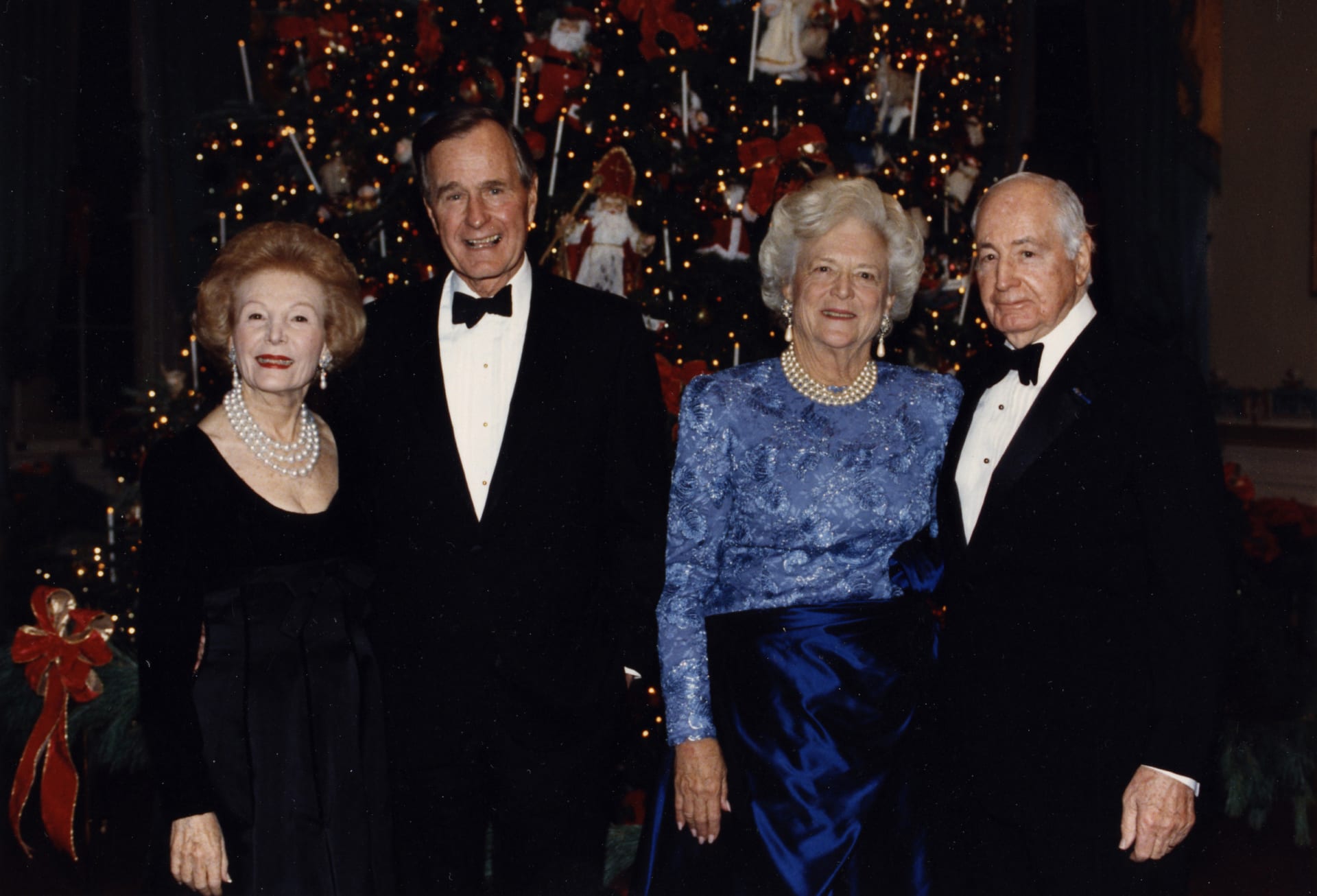 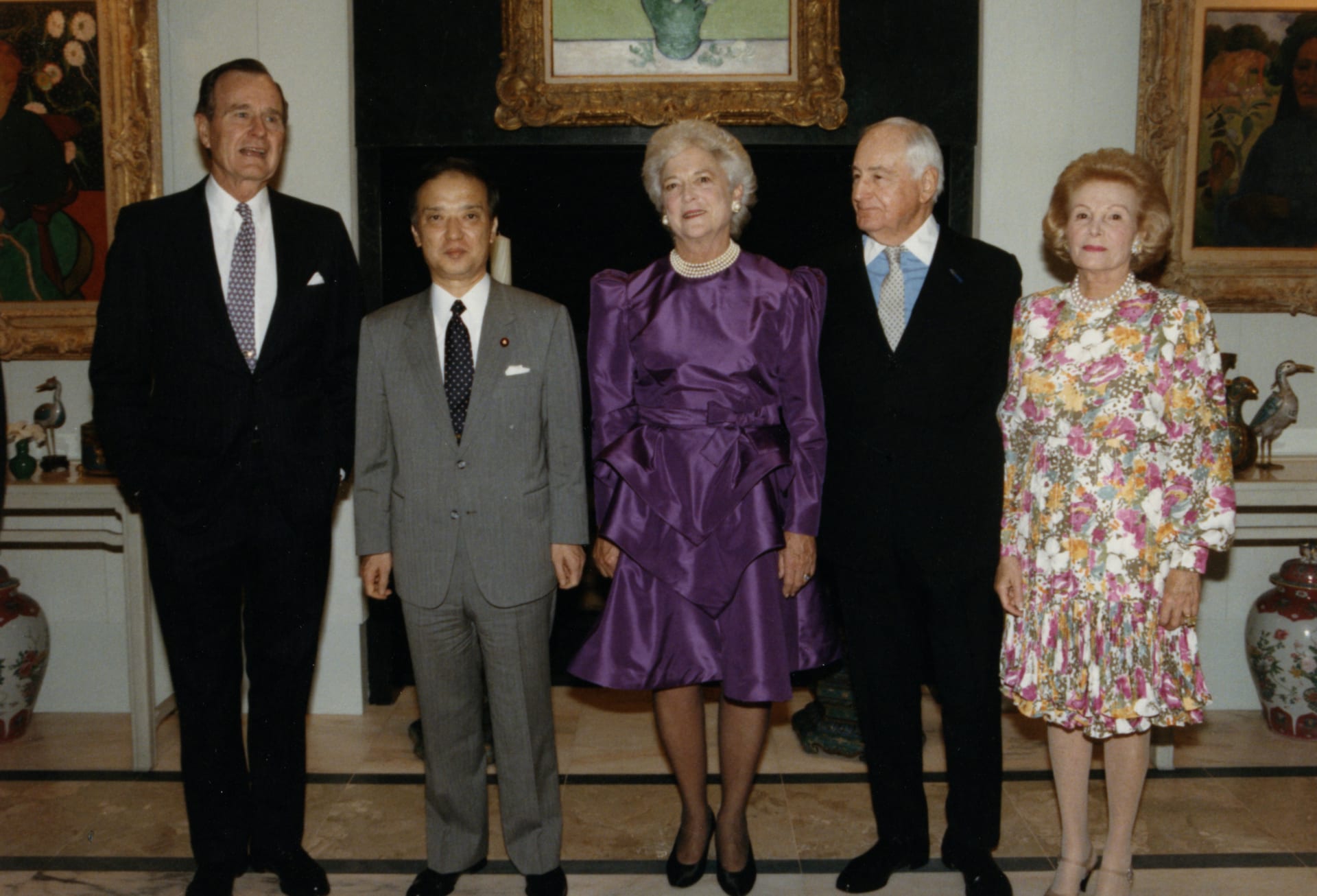 Barbara Bush and Leonore Annenberg on the Sunnylands golf course

This was the taken March 03, 1990, the day before Walter donated $50 million to the United Negro College Fund. Credit: Official White House Photo 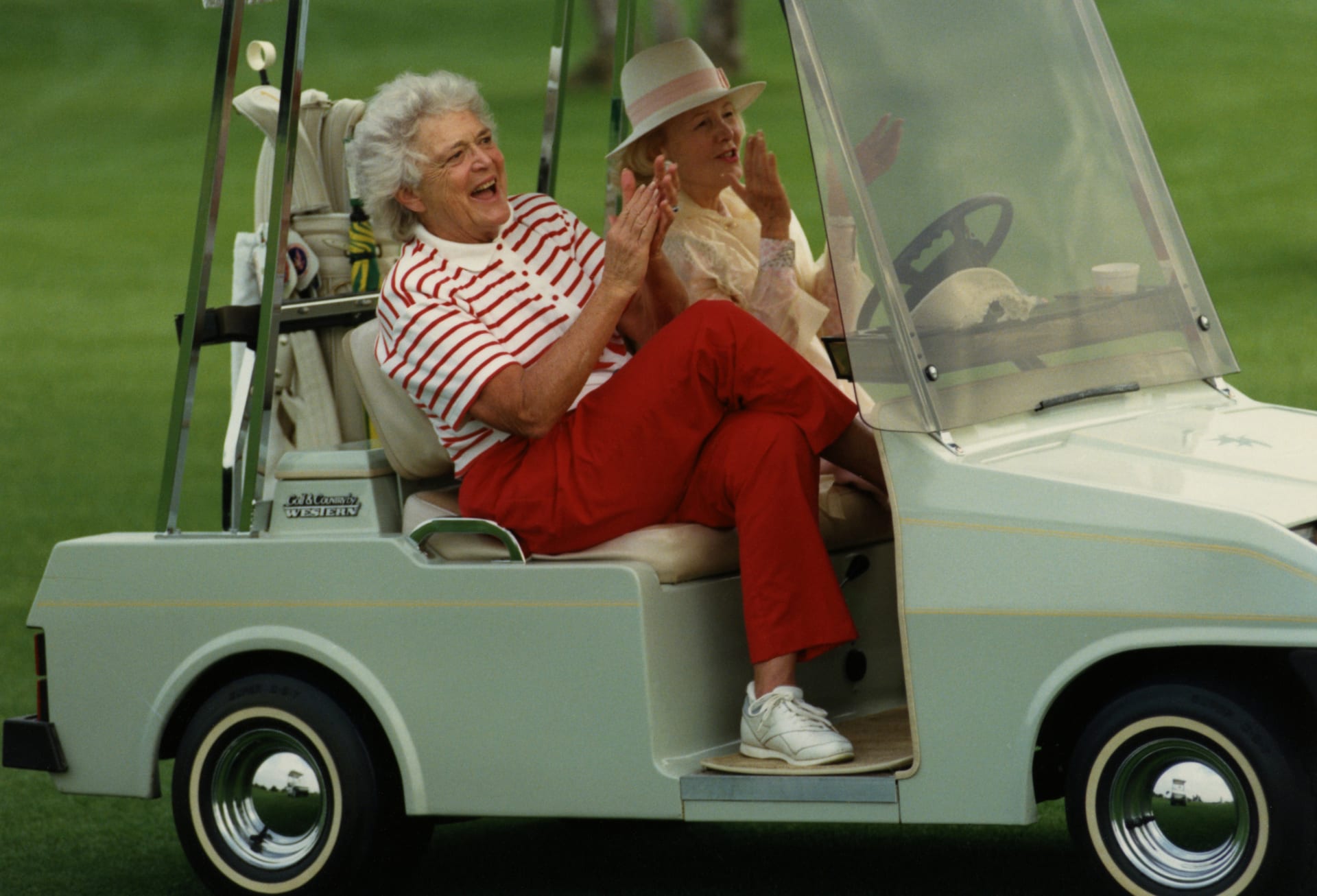 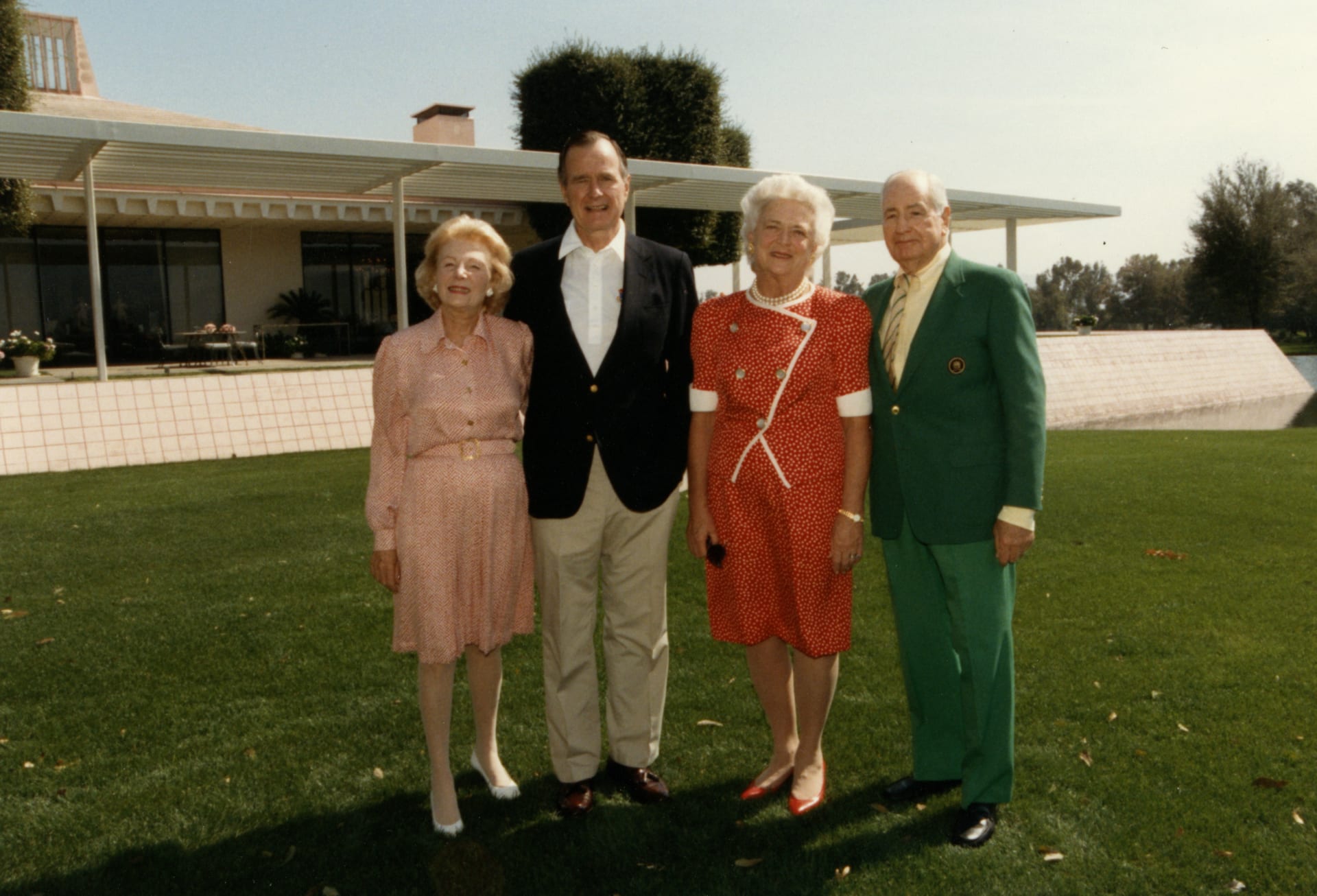 Barbara Bush and Leonore Annenberg outside the Game Room

March 26, 2006. Others in attendance on this weekend were President Ford and First Lady Betty Ford. Credit: The Annenberg Foundation Trust at Sunnylands 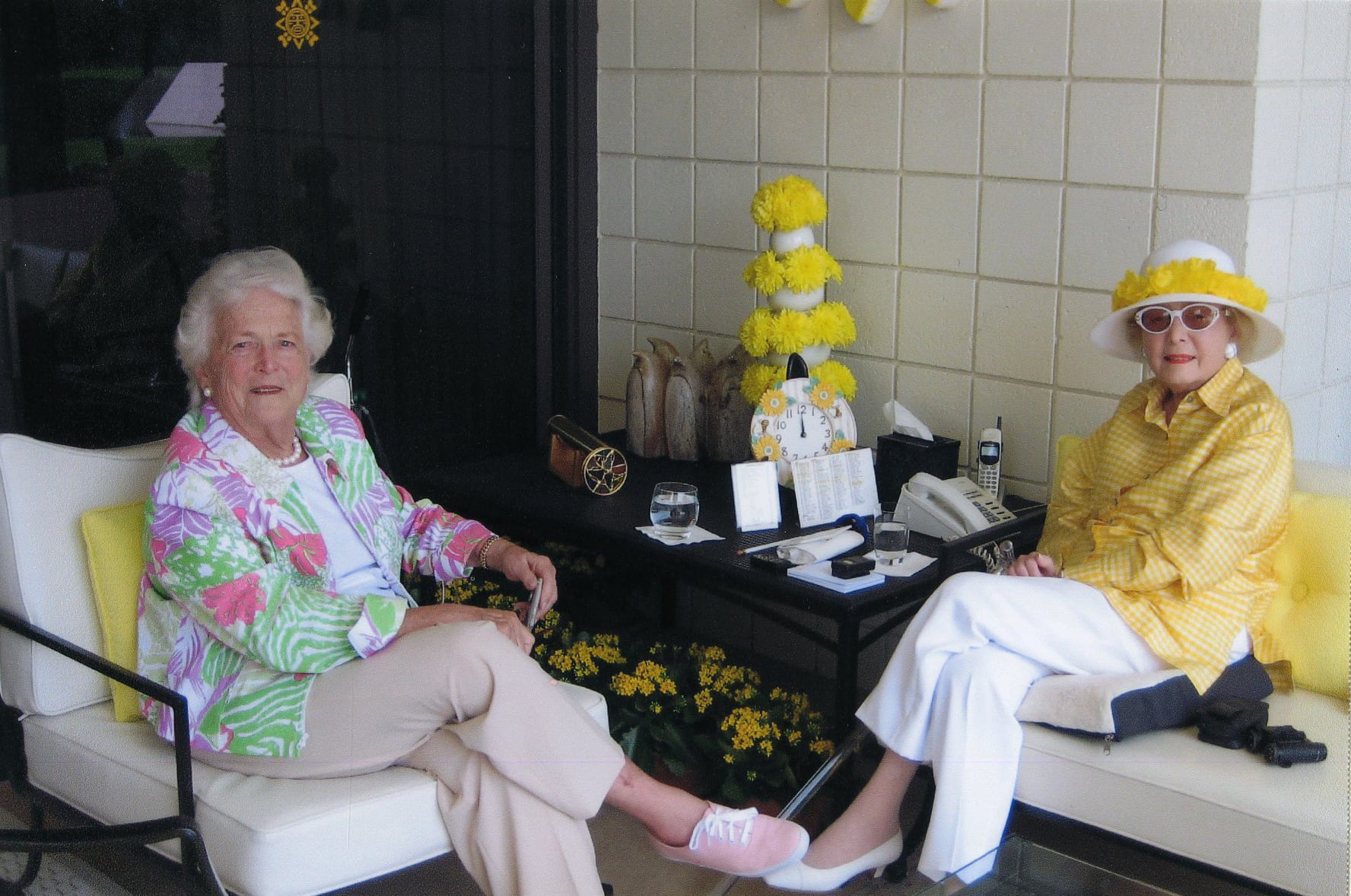