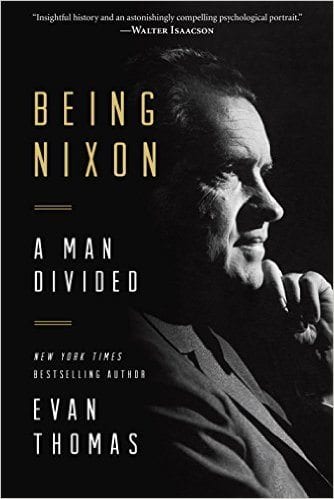 Evan Thomas, the best-selling author, journalist and Princeton University professor, will discuss his latest book, Being Nixon: A Man Divided, as part of the Sunnylands Speakers Series at the Rancho Mirage Public Library.

Thomas, author of the best-selling Ike’s Bluff, an account of Dwight D. Eisenhower’s push to keep the United States from war during his presidency, will speak at the library at 2 p.m. on Wednesday, Feb. 24.

Time magazine named Being Nixon one of the top 10 nonfiction books of 2015 and Amazon.com described it as “the best single-volume biography of Richard Nixon to date.”

Thomas’ appearance at the library is free and open to the public. No reservations or tickets are required. Seating is limited on a first come, first served basis.

Two other speakers featured in this year’s Sunnylands Speaker Series are:

• Michael Feinstein, the “Ambassador of the Great American Songbook” known for his recordings of Frank Sinatra’s greatest hits. He will appear at the library at 2 p.m. on Monday, March 14.
• Sally McGill, an earthquake expert and geology professor at California State University, San Bernardino. She speaks at 2 p.m. on Tuesday, March 15.