Following a retreat at Sunnylands that brought together current and former Supreme Court justices to improve civics education across the country, U.S. Supreme Court Justice Anthony Kennedy met with students and faculty from College of the Desert for an intimate discussion on the Supreme Court’s landmark criminal justice ruling: Miranda v. Arizona. Program Director Kathleen Hall Jamieson screened the Annenberg Classroom’s The Right to Remain Silent: Miranda v. Arizona before the conversation, which ranged from clarifying the nuts and bolts of a citizen’s fifth amendment rights to the rule of law. The conversation, which was videotaped, will be used in the Annenberg Classroom’s ongoing Constitution Day project. 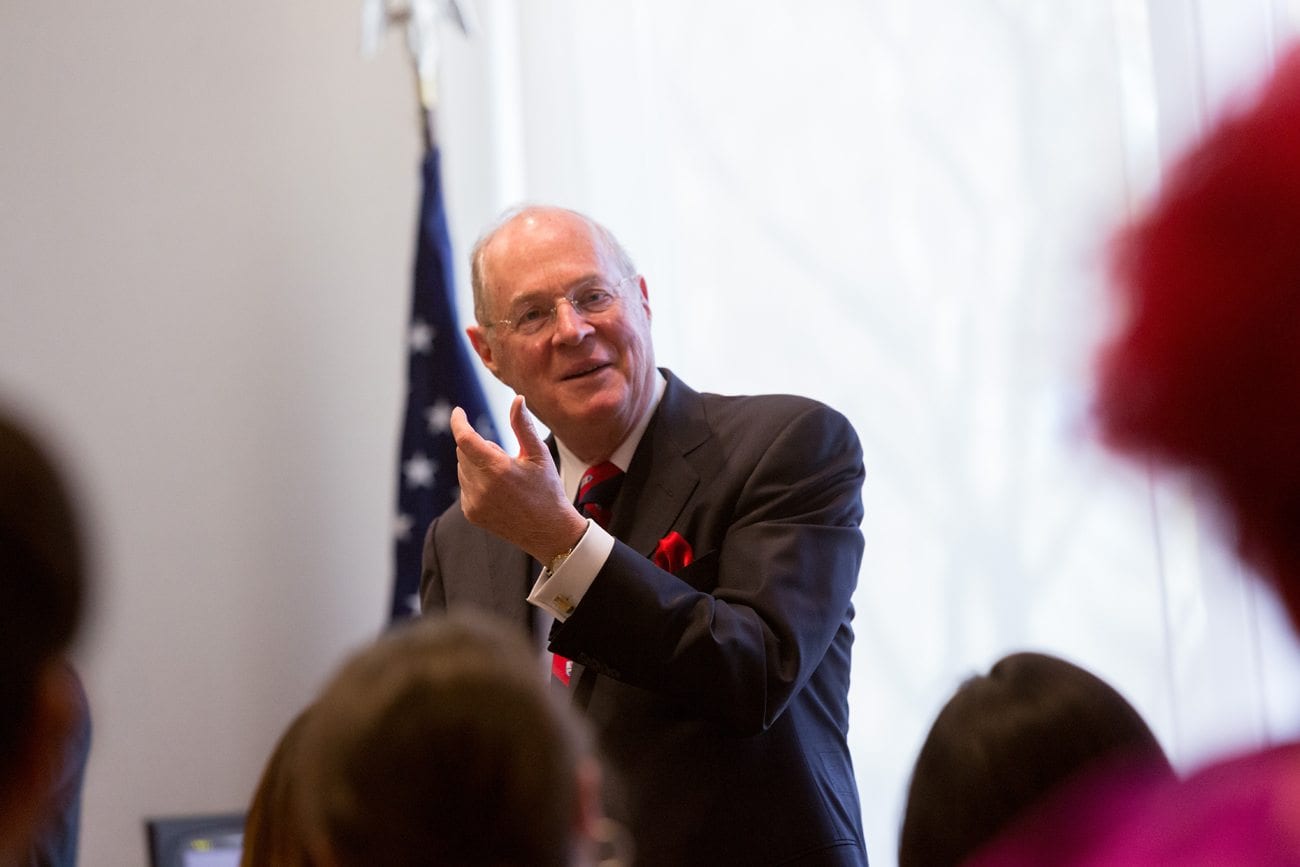