Mobile phones today offer enormous potential in regards to public safety and emergency preparedness, but current infrastructure and systems present substantial challenges as well. The Annenberg Foundation Trust at Sunnylands and the USC Annenberg Center on Communication Leadership & Policy have launched an initiative to research these issues, explore solutions and define minimum capabilities of cell phones for health care, public safety and other public services.

On Sunday and Monday, 20 high-level government officials, top mobile technology industry professionals, public advocates and entrepreneurs attended an event in Washington, DC. The event, entitled “Mobile Phones for Public Safety and Emergency Preparedness,” was the second meeting on the subject as part of the Mobile Phones for Public Service initiative.

“These meetings show how industry, government, entrepreneurs and researchers can come together to reach consensus on improving public services — in this case, using cell phones as platforms for public safety and emergency preparedness,” said Powell.

The group focused on four primary issues: the Wireless Emergency Alert system (WEA); Next Generation 9-1-1 (NG911); FM radio chip activation; and the FCC’s Lifeline program, and developed a series of next steps and action items. 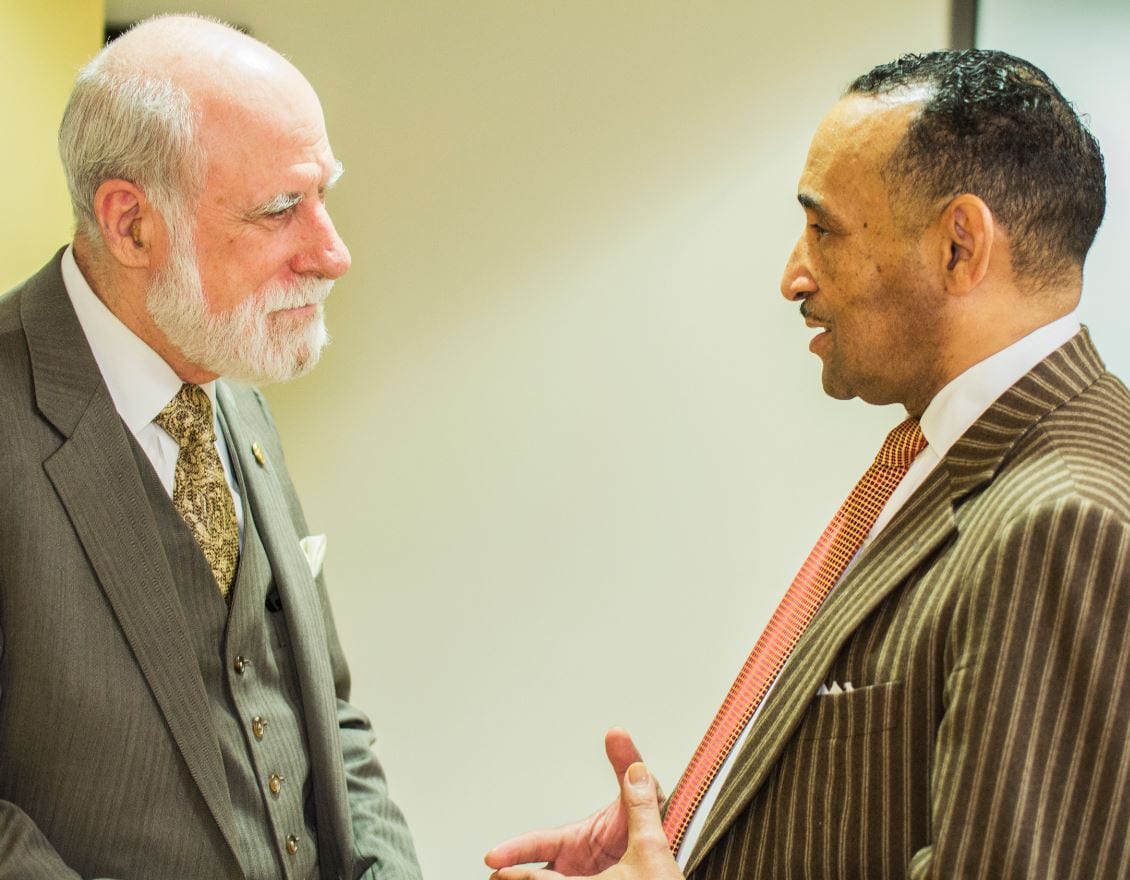 Dr. Daniel Gonzales, senior physical scientist at the Rand Corporation, presented on findings of the WEA Mobile Penetration Study, as well as ongoing research for the Department of Homeland Security. The group discussed cooperation between government and private industry on improving alerts-testing, geo-targeting, message length and other issues. They also discussed what it would take to get to universal WEA capability and how to get mobile virtual network operators (MVNOs) on board with WEA.

Next Generation 9-1-1 is an initiative aimed at updating the 9-1-1 service infrastructure. At the event, the group examined the challenge of locating people after they’ve dialed 9-1-1, as most calls are now made on mobile phones rather than easily locatable landlines. In April, the Washington Post reported that “an alarming proportion of 9-1-1 calls go unfulfilled because wireless technology fails to help locate victims in time.” Many industry and government researchers are already working to address this challenge, and their work was analyzed at the CCLP meeting.

Activating the FM radio in your phone

Almost all US smartphones have FM radio chips, but most carriers don’t activate them. That is starting to change: Jeff Smulyan, CEO of Emmis Broadcasting, showed meeting participants a new, free app that his company has helped to develop that will unlock FM receivers on many Android cell phones, allowing them to receive limited radio listening for free. Backed by a “billion-dollar” ad campaign, the app will be rolled out publicly next month.

Radio chips are particularly important in times of natural disaster, such as the recent blizzard and state of emergency on the East Coast, hurricanes, earthquakes, fires and terrorist attacks. The group talked about a possible compromise: getting mobile service carriers to agree on activating the radio chips in emergency situations. Craig Fugate, administrator of the Federal Emergency Management Administration, recently identified how important this is.

Lifeline is a government benefit program that provides discounts on monthly telephone service for eligible low-income subscribers to help ensure they can connect to basic services. Lifeline is supported by the federal Universal Service Fund (USF), which was created by Congress in 1934. Millions of Americans receive the subsidized mobile phone service, which is politically vulnerable because it’s seen by some as a form of welfare.

CCLP is drafting a report on the Lifeline program for the FCC that may include recommendations for improving public safety.

The mobile carriers that participate in Lifeline vary widely by state, and some carriers (including AT&T, Verizon, and T-Mobile) only provide voice service through Lifeline subsidies, while Sprint – through a program with Virgin Mobile and Assurance Wireless – provides more flexible Lifeline plans that do appear to provide a texting and data option. One question addressed at the event was whether text messages and/or data are essential for public safety and emergency preparedness, and whether Lifeline providers should be encouraged to provide such services with their plans.

CCLP research fellows Skye Featherstone and Ev Boyle conducted interviews with participants at the event. These interviews are the basis for a short video to highlight key issues discussed as relevant to the meeting.