WASHINGTON – A high-level panel of binational and bipartisan experts is to recommend major changes in the tone and content of U.S.-Mexico relations.

In a new report – to be released on July 11 by the Woodrow Wilson International Center for Scholars and The Annenberg Foundation Trust at Sunnylands – preeminent bipartisan political, business, academic, and media leaders from the United States and Mexico conclude that the tone of the bilateral relationship should change and should focus not on a few issues, such as security and migration or trade and the economy, but should instead be wide-ranging and cover a variety of mutual interests. Details on the event at which the full report and a video will be released, as well as a full list of the retreat participants, follow below.

The report and accompanying video make fresh recommendations for enhancing regional competitiveness, new strategies to fight organized crime and strengthen public security, judicial reform in Mexico, reform of the U.S. immigration system, furthering educational exchanges between the two nations, a new vision for energy cooperation in Mexico, and developing new ports of entry to strengthen trade and security at the border.

Read the report: A Stronger Future: Policy Recommendations for U.S.-Mexico Relations and view the video. Both are below.
See the live webcast at 12:30pm (EDT), July 11, 2012. The recorded press conference is below.

Seizing the opportunity to take the bilateral relationship to a new level created through presidential elections in both countries this year, The Annenberg Retreat and the Wilson Center convened a three-day retreat at Sunnylands in March 2012, which resulted in the report, A Stronger Future: Policy Recommendations for U.S.-Mexico Relations.

The release of this report will take place in Washington, D.C. at the Woodrow Wilson Center Auditorium [directions] from 12:30-2:00p.m. on July 11 and will be open to the public and press. From 11:30 to 12:30, members of the press are also invited to an informal meet and greet with the panelists who will be presenting the report after they return to the Wilson Center from a briefing with members of Congress.

Media are welcome to attend this event and are asked to RSVP to Drew Sample at drew.sample@wilsoncenter.org or 202 691 4379. Some technical assistance will be provided for press recording the event, including access to power outlets, high-speed internet, and a mult box with full audio.

Notes to Editors:
1. The Wilson Center provides a strictly nonpartisan space for the worlds of policymaking and scholarship to interact. By conducting relevant and timely research and promoting dialogue from all perspectives, it works to address the critical current and emerging challenges confronting the United States and the world.

2. The Annenberg Foundation Trust at Sunnylands, founded in 2001 to address important issues facing the nation and the world, established The Annenberg Retreat at Sunnylands to serve as a nonpartisan sanctuary for high-level national and world leaders seeking the privacy, the peace, and “the pause” needed to address the most pressing issues of the day. 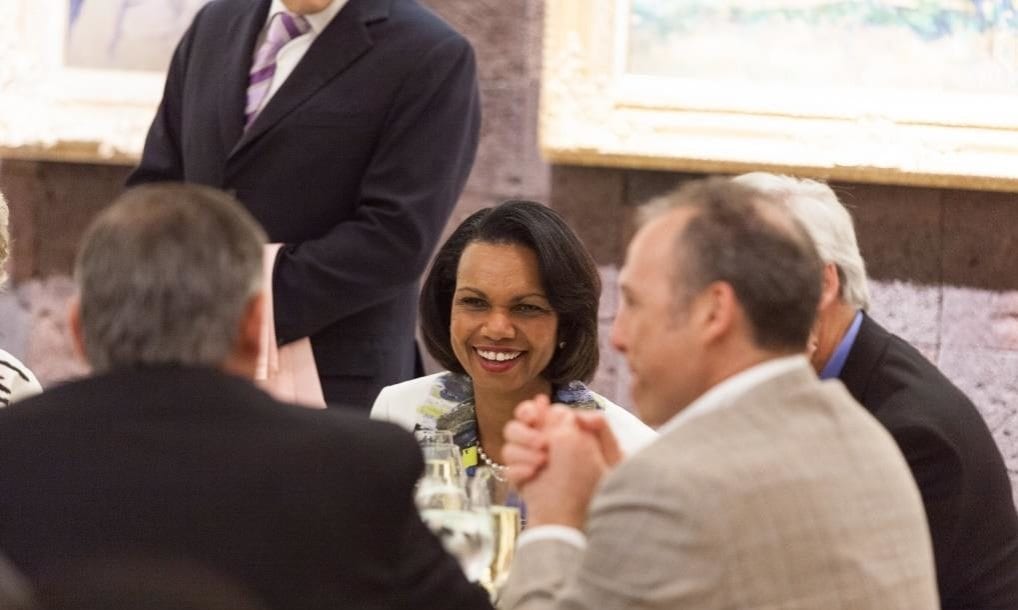