by Drew Kerr
Superintendent of Grounds

November 16, 2015 — Sustainable practices are paramount at Sunnylands and one way the idea of sustainability translates into real-world practice is the approach to pest management in the landscape. The climate of the Coachella Valley encourages prolific populations of various insects that like to feed on landscape plants. The types of pests can vary from the agave snout weevil, which eats holes through the hearts of agaves, to the microscopic nematode, which invades the cell walls of turfgrass, causing death. 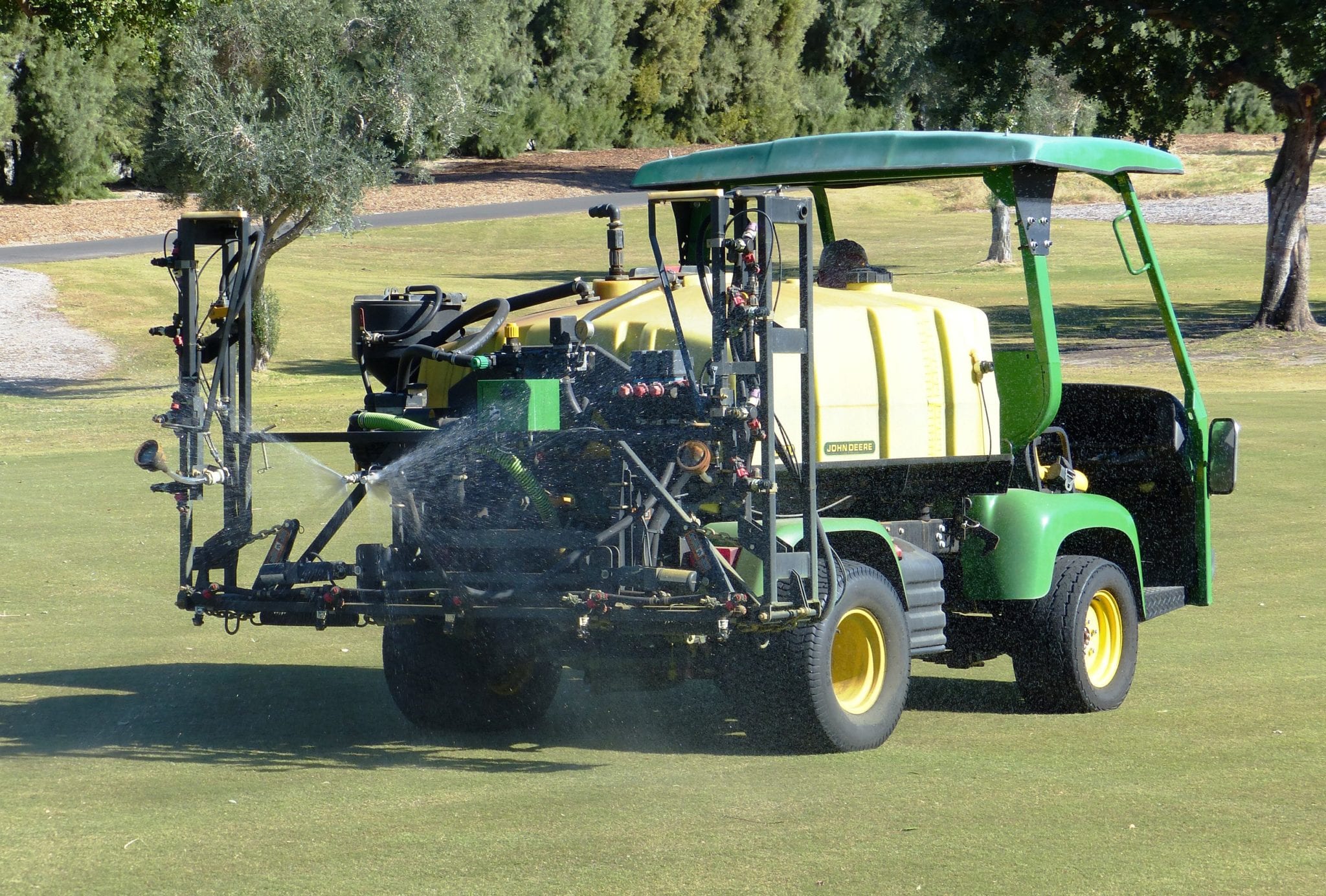 Deploying beneficial insects is the most visible and fun way to suppress unwelcome pests in our landscapes. Many people are familiar with the use of ladybugs to eat aphids that can be found sucking the juices out of plants. There are a whole host of labybird beetles that can be used in this way. Sunnylands has found the need to release the Mealybug Destroyer (Cryptolaemus montrouzieri) to help combat the pink hibiscus mealybug that recently has been causing havoc in the Coachella Valley. The pink hibiscus mealybug can be found on citrus, carob, silk oak and magnolia trees at Sunnylands.
Another beneficial insect that is released often at Sunnylands is the Green Lacewing larvae, which eat a wide variety of pests from mealybugs to aphids to spider mites and even thrips, a class of slender and minute winged insects. Green Lacewing larvae paralyze their prey with venom and then draw out the body fluids of the pest into their large hollow jaws. They are sometimes referred to as “aphid lions.”

The deployment of various beneficial insects at Sunnylands reduces the need to spray insecticides and the likelihood that precious pollinators, such as the Monarch butterfly, will be exposed to chemicals in the environment.

Sunnylands’ multi-faceted approach to sustainable pest management also includes maintaining “suppressive soils.” Suppressive soils contain certain microbes that sometimes eat pathogens that would normally cause disease. Sunnylands currently sprays compost tea, a liquid compost extract, on turfgrass to provide it with a variety of benefits, such as a better availability of nutrients and microbes that have a symbiotic relationship with the root system.

Two specific bacteria strains, Trichoderma and Streptomyces, which are more commonly associated with suppressing pathogens in the greenhouse nursery industry, are being utilized in Sunnylands’ turf management program. These bacterial strains colonize the root systems and feed on plant secretions and pathogens that live in the soil. Therefore, pathogens are kept to a minimum, lessening the chance of disease in our turfgrass areas.