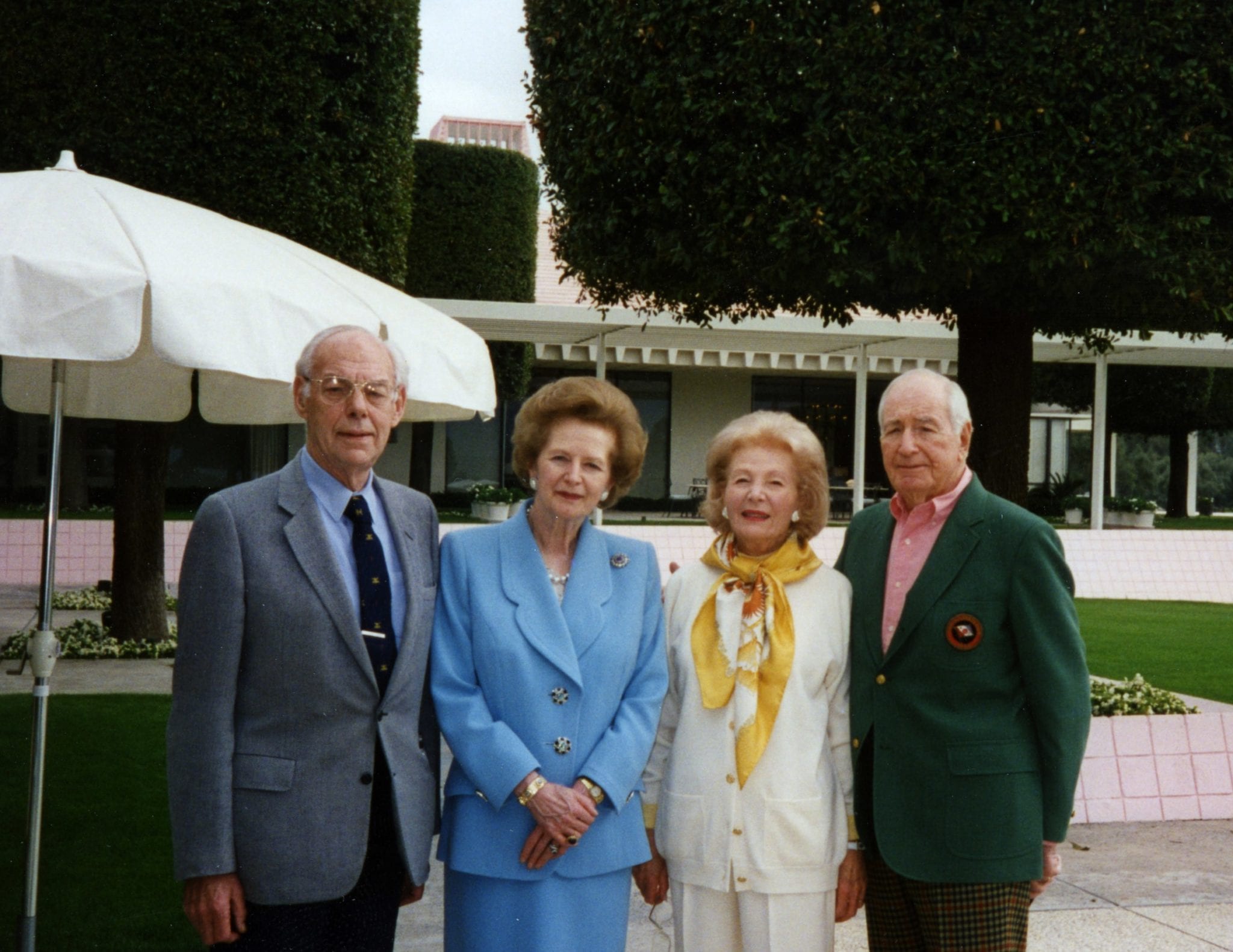 RANCHO MIRAGE, CALIFORNIA, April 8, 2013 — The Trustees, President, and staff of The Annenberg Foundation Trust at Sunnylands extend their sincere condolences to the family of Prime Minister Margaret Thatcher and the people of the United Kingdom.

In a letter written from Sunnylands and dated February 21, 1975, Ambassador Annenberg wrote, “Former Governor of California, Ronald Reagan, will be in London, April 6, 7, and 8 … It is indeed his hope that he may have an opportunity to visit with you …. While the former Governor holds no official position at this time, he is indeed a leader of conservative political philosophy in the United States, and it is only natural he would very much enjoy a meeting with the leader of Britain’s Conservative party …”

Baroness Thatcher replied, “Dear Walter, Thank you for your letter of 21st February, and of course I should be delighted to meet Ronald Reagan when he comes to London in April …”

Baroness Thatcher visited Sunnylands six times between 1991 and 1998. Her 1996 visit helped to change the face of the estate forever as her visit was scheduled just as a blight hit the pink oleanders that were planted around the chain link fence that then circled the property. In preparation for the visit, the Annenbergs decided to remove the oleanders, tear down the old fence, and build the distinctive pink wall that continues to surround the estate.

Baroness Thatcher’s work on behalf of her country and the world will long be remembered and her relationship with the Annenbergs and visits to Sunnylands will remain an important legacy for the Annenberg Foundation Trust at Sunnylands and the entire Valley community for generations to come.