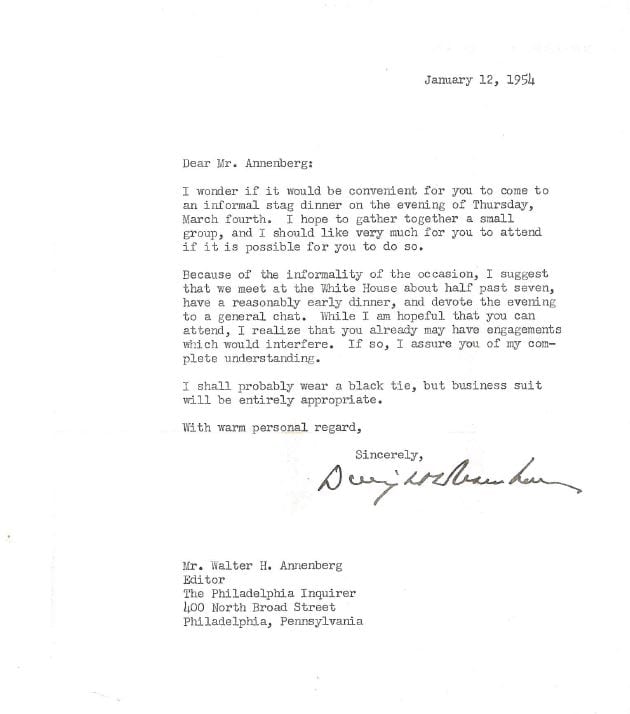 Dear Mr. Annenberg:
I wonder if it would be convenient for you to come to an informal stag dinner on the evening of Thursday, March fourth. I hope to gather together a small group, and I should like very much for you to attend if it is possible for you to do so.

Because of the informality of the occasion, I suggest that we meet at the White House about half past seven, have a reasonably early dinner, and devote the evening to general chat. While I am hopeful that you can attend, I realize that you already may have engagements which would interfere. If so, I assure you of my complete understanding.
I shall probably wear black tie, but business suit will be entirely appropriate.

With warm personal regard,