RANCHO MIRAGE, Calif. – Kathleen Doherty, a career diplomat with the U.S. Foreign Service and a former ambassador to the Republic of Cyprus, has joined the senior leadership team of The Annenberg Foundation Trust at Sunnylands as chief strategy and retreats officer.

Doherty is in charge of strategy, development, and implementation of the high-level retreats and meetings that have become a hallmark of the Trust that the late Ambassadors Walter and Leonore Annenberg founded at their 200-acre winter estate in Rancho Mirage, Calif.

“Sunnylands is making a difference as we address some of the greatest challenges of the day.  It is a unique place for people to gather, to exchange ideas, and to come up with solutions. I am very happy to join the leadership team of Sunnylands,” said Doherty, who began her new post on Feb. 10.  She will work out of Sunnylands offices in Washington, D.C. and Rancho Mirage, Calif. 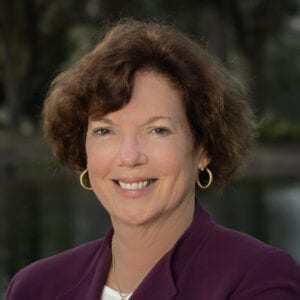 In a 30-year career with the State Department, Doherty was most recently a dean of the Foreign Service Institute, the nation’s premier training facility for U.S. diplomats.  From September 2015 to February 2019, she was the U.S. ambassador to the Republic of Cyprus. She also has served in senior leadership positions in the U.S. embassies in Rome, Moscow, and London, and in Washington, D.C.

“As a well-respected ambassador, Kathleen brings a deep level of international relations and negotiating experience to our retreat program,” said Sunnylands President David J. Lane, who added that Doherty also will oversee activities related to global brand strategy and communications. “We couldn’t be more thrilled to have her aboard.”

Renowned as a venue for international diplomacy, Sunnylands convenes experts from around the globe for meetings and retreats that address an array of diplomatic and societal issues, from U.S.-China relations to hunger in fragile states. Recent events included a gathering that reunited luminaries of the civil rights movement; high-level meetings on the future of food systems; and deliberations among leading thinkers in the Indo-Pacific and Latin American regions.

Sunnylands hosted three head-of-state visits during President Barack Obama’s tenure in the White House, including a two-day summit with President Xi Jinping of China in 2013. Previously, seven U.S. presidents had visited Sunnylands during the Annenbergs’ lifetimes. The estate remains available to the U.S. president and secretary of state as a meeting place for world leaders to promote peace and international agreement.