Legislators hail Dreier’s “remarkable contribution to building a modern and successful relationship between the U.S. and Mexico.”

MEXICO CITY, November 23, 2013 — David Dreier, chairman of the Annenberg-Dreier Commission at Sunnylands, was honored Friday by the leadership of Mexico’s Congress for his longstanding work in advancing U.S.-Mexico relations.

The unprecedented tribute took place at the conclusion of the meeting of the U.S.- Mexico Interparliamentary Group (IPG) in Mexico City. The IPG holds annual meetings of top legislators from Mexico and the United States to discuss bilateral issues of importance to each nation. It was the first time in the IPG’s 51-year history that a former member was recognized for service and invited to participate in the proceedings. In remarks to the group, which included U.S. Ambassador to Mexico Anthony Wayne, Eloy Cantu, Chairman of the Foreign Relations Committee of Mexico’s Chamber of Deputies, hailed Dreier’s “remarkable contribution to building a modern and successful relationship between the U.S. and Mexico.”
“I have long believed that the prosperity of the United States and of Mexico are deeply intertwined,” said Dreier. “It has been a privilege to be a part of the effort to strengthen and develop this crucial relationship, and I will continue to work for enhanced economic opportunity for Americans and Mexicans alike.”

Before retiring from Congress in January, Dreier represented the Los Angeles area in the House of Representatives for 32 years. Throughout his tenure, he was a regular participant in annual IPG exchanges, and chaired the U.S. IPG delegation in the 112th Congress. He was a champion for deeper economic ties, introducing the first legislation calling for a North America Free Trade Agreement (NAFTA) in the 1980s, and played an integral role in its passage in the early 1990s. He was an early and vocal supporter of Mexico’s entry into the Trans-Pacific Partnership, viewing TPP as a key opportunity to build upon the tremendous success of NAFTA and achieve greater regional economic growth and integration while enhancing prosperity broadly throughout both nations.

The Annenberg-Dreier Commission at Sunnylands seeks to expand economic opportunity around the entire Pacific Rim, including the Americas, Asia, and the Greater Pacific, by encouraging the free flow of goods, services, capital, information, ideas, and people. Its advisory board is comprised of distinguished leaders from throughout the region, including former Mexican ambassador to the U.S. Arturo Sarukhan.

The Commission is part of The Annenberg Foundation Trust at Sunnylands, an independent
501(c)(3) nonprofit operating entity. Sunnylands hosts high-level retreats that address serious issues facing the nation and the world, including the recent meeting between President Obama and President Xi of the People’s Republic of China. More information can be found online at www.sunnylands.org/dreier-commission. 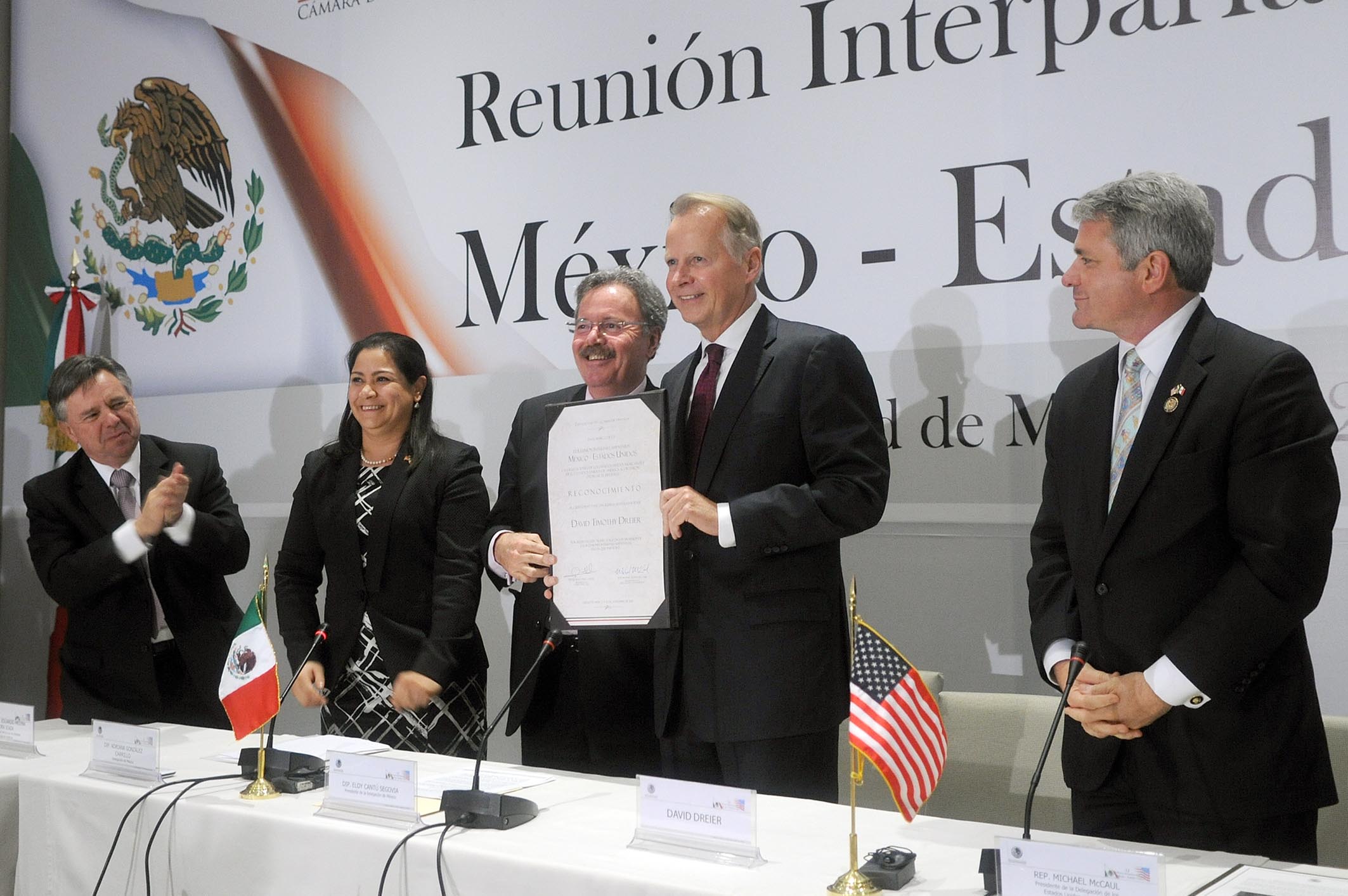