Ken Hayden came to Sunnylands in 2012 to shoot a series of photographs that would show the newly restored house and grounds, as well as Sunnylands Center & Gardens. Hayden lives in Miami Beach, Florida and was identified as a talented photographer who specialized in architectural and interior photographs. Many of Hayden’s photos are now featured on the Sunnylands website.
Hayden recently recounted his Sunnylands experience in a blog post, but this time, rather than focusing his lens on the house, Ken writes of the anxiety he felt when he heard that Sunnylands was requesting that he shoot from a cherry picker to allow for aerial shots. “The very idea of dangling from what can only be described as a bucket attached to a long robotic arm high up in the air elevated my fear of heights from mild to wild in nanoseconds,” writes Ken.

The assignment was too juicy for him to let fear get the better of him, so Hayden accepted the job, writing, “I just couldn’t pass up this once-in-a-lifetime opportunity over a little case of acrophobia.”

See more photos and read about Ken Hayden’s time at Sunnylands in a cherry picker. 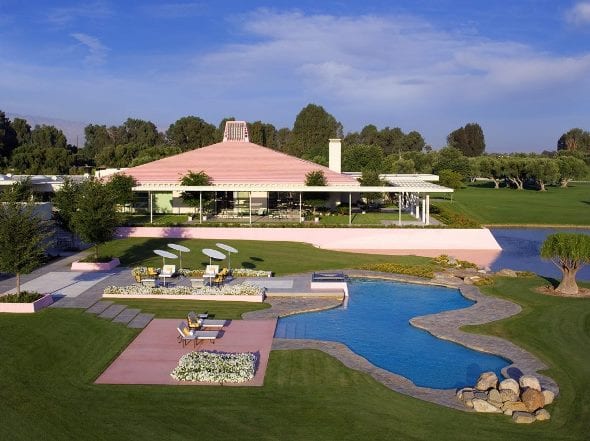 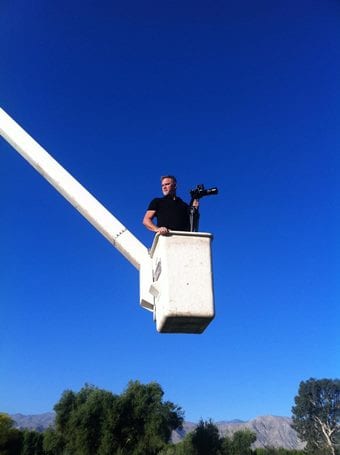