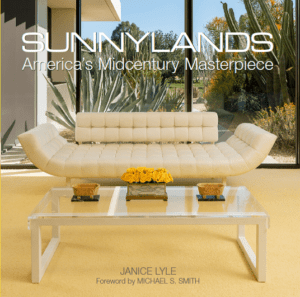 The pinnacle of midcentury style, an English country estate reimagined for the American desert, there is no other house like Sunnylands. A stately home, designed by A. Quincy Jones, one of California’s most signifi cant architects, it contains the only completely preserved interior by Hollywood’s legendary decorator-to-the-stars, William Haines, that is open to the public. The book Sunnylands: America’s Midcentury Masterpiece (The Vendome Press) offers an intimate tour of this legendary property. The book can be purchased in the Sunnylands Gift Shop and at booksellers internationally. You can buy it online here.

It was the early 1960s when Walter and Leonore Annenberg visited the Palm Springs area, bought hundreds of acres of desert, and created a modernist dream house at the center of their own golf course. Like the landed British aristocracy—Walter Annenberg had been the Ambassador to the Court of St. James’s in London—the couple built a retreat, where politicians, movie stars, and corporate leaders could meet, relax, and refl ect in comfort and privacy. For four decades, an invitation to New Year’s Eve at Sunnylands was the ultimate social prize. Their good friends, Ronald and Nancy Reagan, would land Marine One on the greens. Frank Sinatra was married there. Richard Nixon’s golf clubs still sit in the men’s locker room. It was a vortex of plaid pants, sherbet pastel hats, de la Renta gowns, and socio-economic power.

In hundreds of photographs and architectural drawings, Sunnylands captures the careful restoration of the estate’s historic rooms, examining the drawers and the closets, the trapunto quilting and embroidery on Haines’s iconic furniture, the dinner seating charts, and the photo albums depicting a vanished Slim Aarons world of famous faces as they are not usually seen: relaxed and unguarded. Illustrated with some seventy-five period photographs, personal snapshots, letters, and other ephemera, with a foreword by reknown designer Michael S. Smith, Sunnylands will satisfy the curiosity of every midcentury design admirer, all those drawn to the fashions of the ’60s, ’70s, and ’80s, and all who are nostalgic for a golden era in politics.

With its celadon interior, its dazzling collection of Impressionist and Post-Impressionist paintings, and long, low sofas that look like vintage Cadillac convertibles, Sunnylands today is passport to eras gone by. In Palm Springs, the mecca of midcentury modern architecture, this extraordinary survivor—maintained as fresh as the day it was built—is the undisputed masterpiece.

Sunnylands was completed in 1966 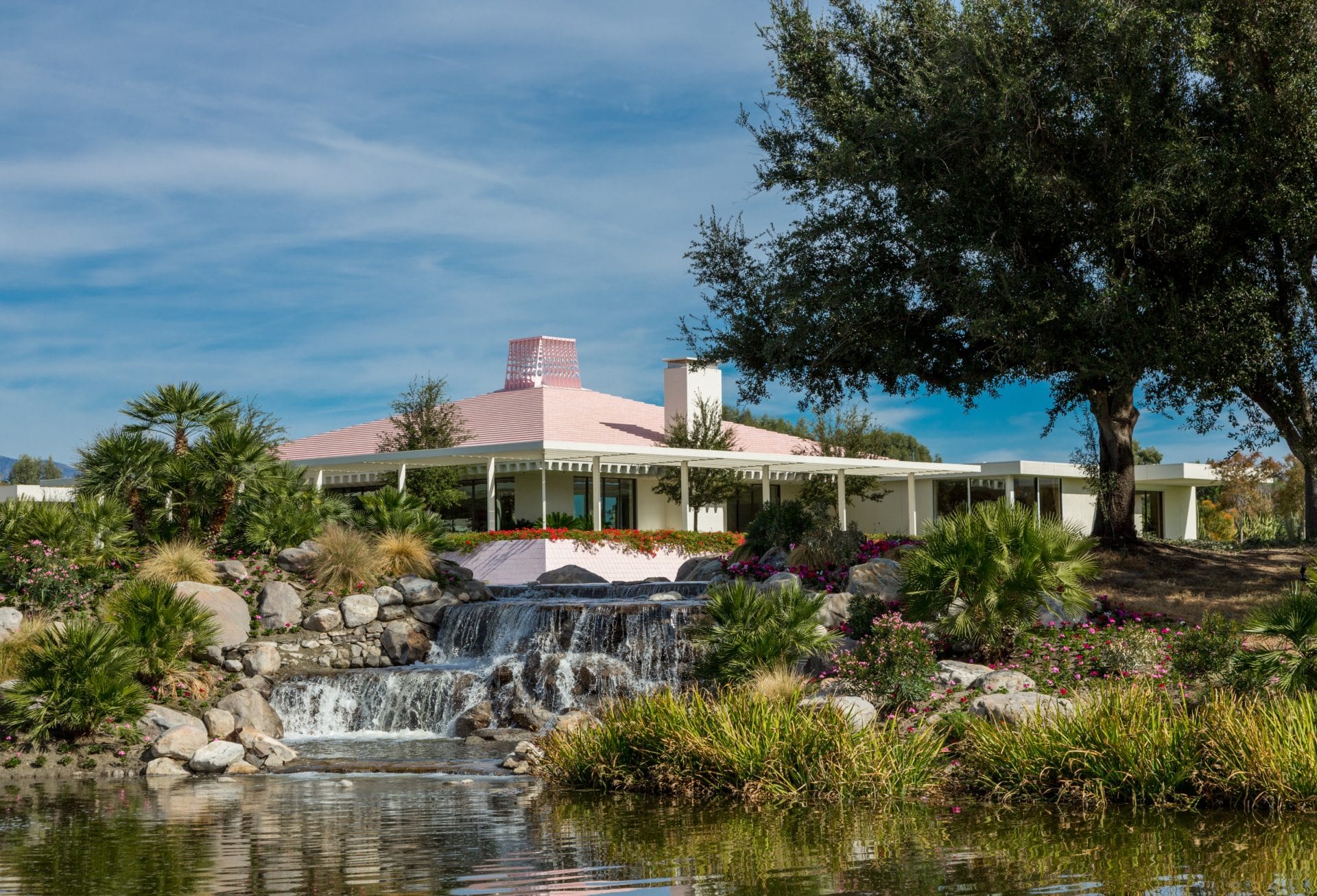 Janice Lyle, Ph.D., director of Sunnylands Center & Gardens, has been with the estate since 2008, after serving as executive director of the Palm Springs Art Museum for thirteen years. She has lectured extensively on modern architecture and has lived in one of Palm Springs’ most famous midcentury houses, Frey House II.

Michael S. Smith is an American interior designer based in Santa Monica, CA. Mr. Smith designed interiors of the Sunnylands Center & Gardens, referencing the aesthetic of the historic house and the concepts of its original designers, William Haines and Ted Graber. He is a frequent visitor to the Palm Springs area, where he maintains a midcentury modern house in Rancho Mirage.

Mark Davidson is a Palm Springs-based commercial photographer specializing in architecture and interior photography. His work has appeared in numerous publications for the Smithsonian, the Getty, the Hammer Museum, and private collections throughout the world. 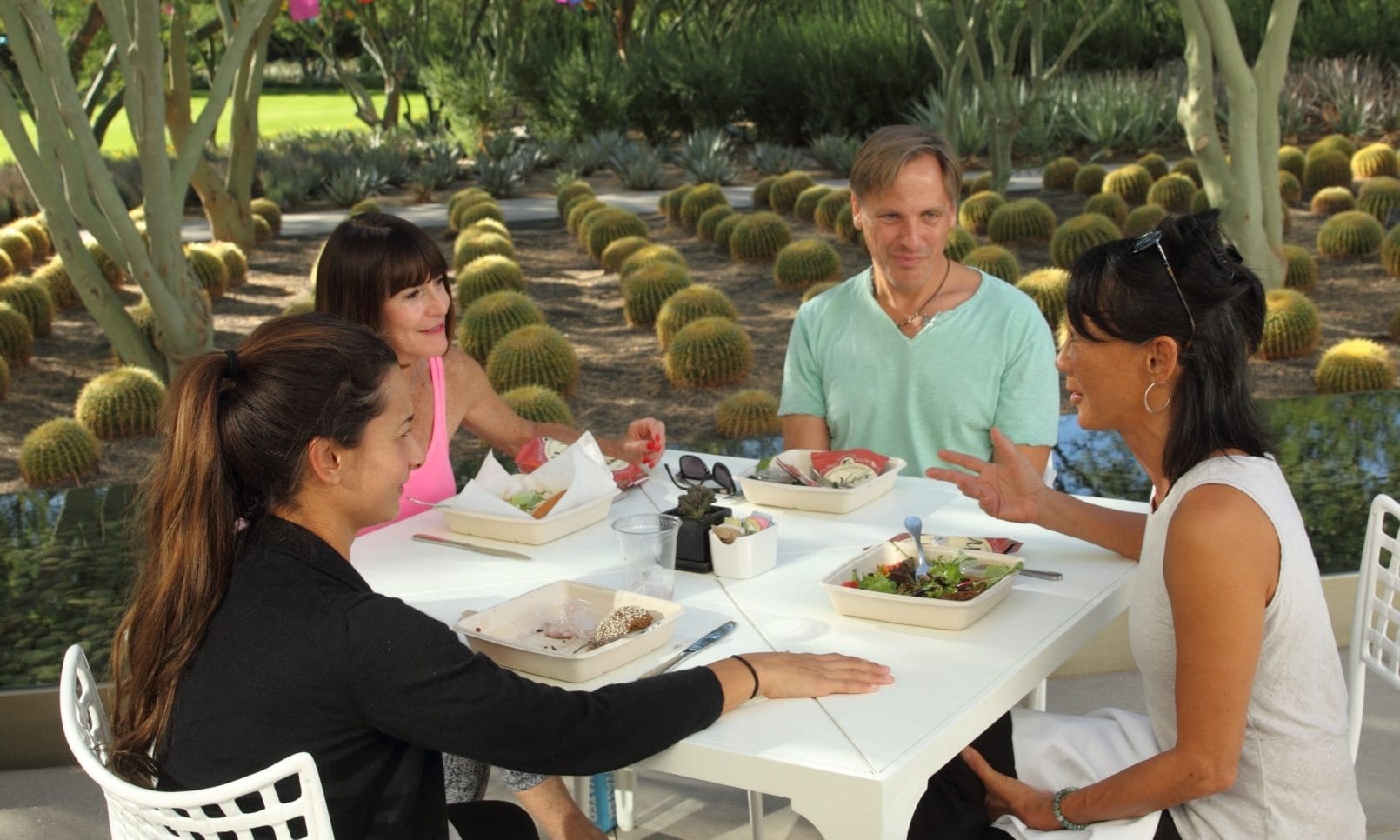 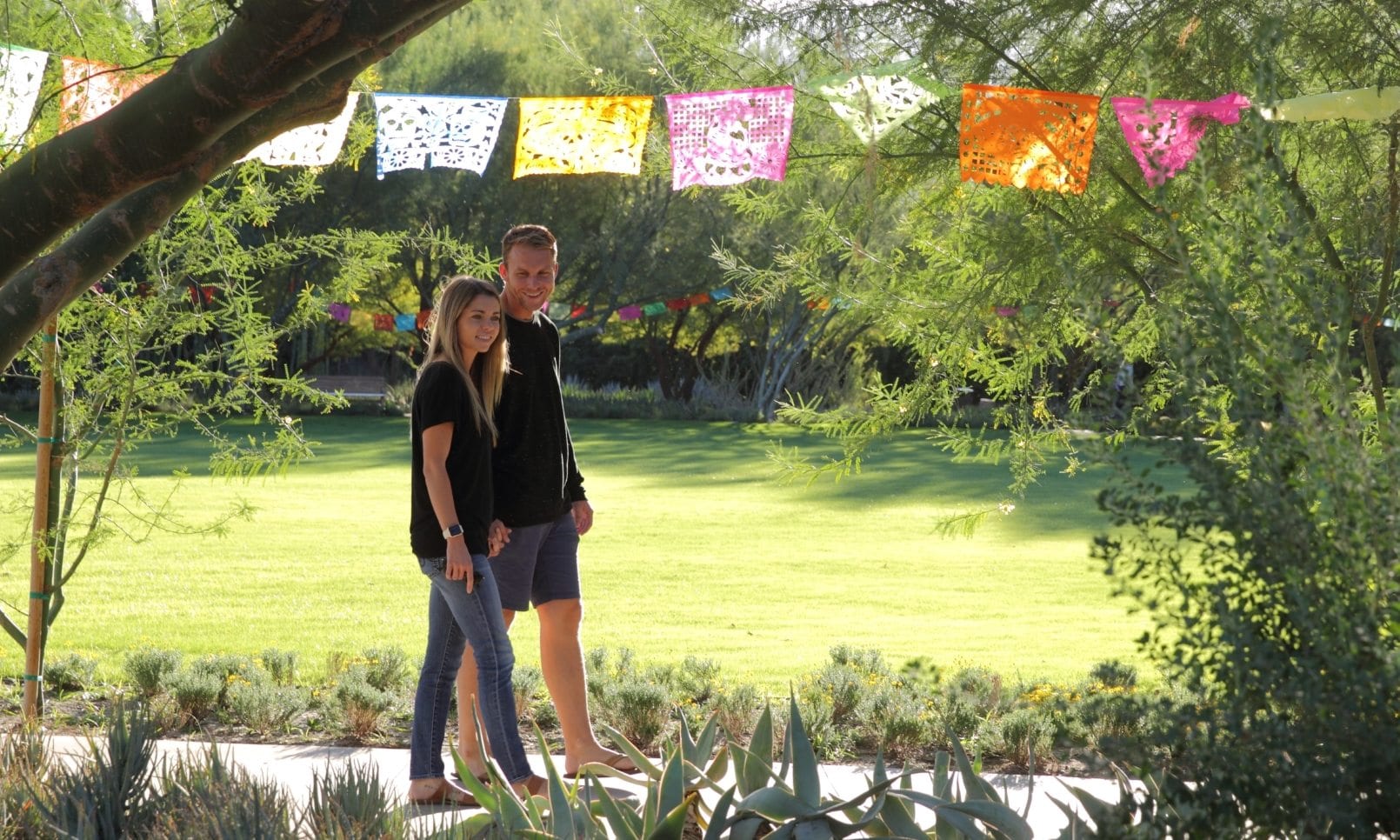 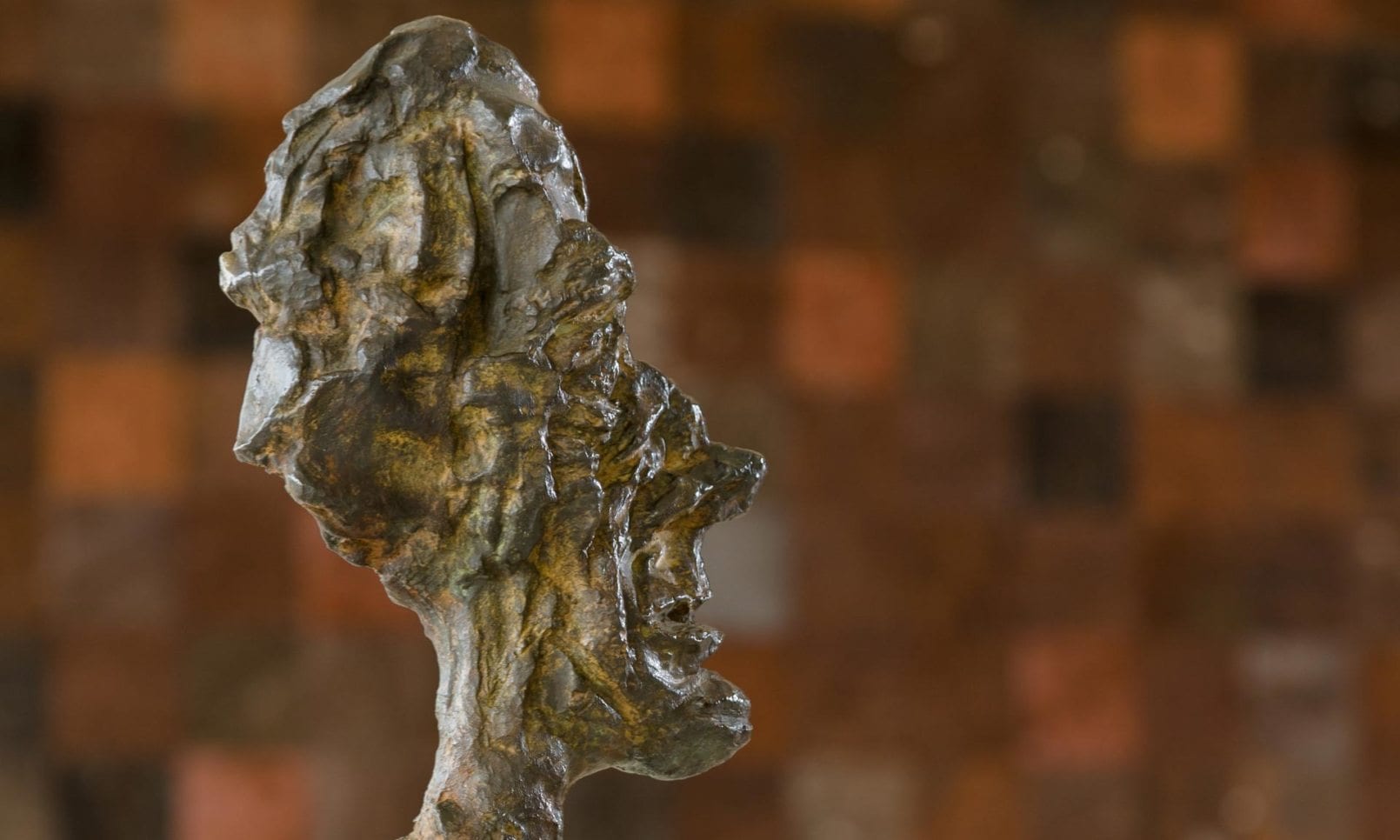