Ambassador David J. Lane, a senior diplomat who served as the United States Ambassador to the United Nations Agencies in Rome, has been named President of The Annenberg Foundation Trust at Sunnylands, the Board of Trustees announced today. He succeeds Geoffrey Cowan, who served for six years as the inaugural president of Sunnylands.

Ambassador Lane is a dynamic and innovative leader who has unparalleled experience working across sectors,” the trustees said in a statement. “We were particularly impressed with his distinguished public service, experience as a builder of successful organizations, the breadth of his vision, and his passion for the mission of Sunnylands. He will build on the extraordinary progress achieved over the past six years and lead Sunnylands’ ongoing efforts to make a tangible impact on important issues facing our nation and world.”

“Sunnylands seems to me, especially at this time when our system so desperately needs a reset, to have the potential to bring people together across ideological boundaries,” said Ambassador David Lane. “It is an honor to carry forward this vision of the Annenbergs to foster collaboration at the highest levels.”

At the U.N. Agencies in Rome, Ambassador Lane guided strategy-setting and governance of six multilateral agencies focused on food security, agricultural development, poverty alleviation, development finance, and rule of law promotion. During his tenure, he aggressively promoted the $3.5 billion “Feed the Future” initiative, a U.S. effort to spur international investment in agriculture and identify long-term solutions to hunger and poverty in developing nations. He helped guide reform of the U.N. Food and Agriculture Organization’s operations and strategy.

During his tenure, he traveled extensively in the developing world to raise awareness of humanitarian crises and advocated for policies and investments fostering resilience against future shocks and emergencies.

In his role as President of the International Development Law Organization, Ambassador Lane helped successfully advocate for inclusion of a justice and accountable governance provision in the 17 Sustainable Development Goals that U.N. countries recently adopted as their guiding principles for fighting poverty, inequality and climate change through 2030. The goal seeks to ensure equal justice for all, the promotion of law at national and international levels, public access to information and the protection of fundamental freedoms.

“David Lane was an exceptional ambassador to the UN Agencies in Rome,” said José Graziano da Silva, director general of the United Nations Food and Agriculture Organization. “His optimism regarding our ability to reach common objectives on eradicating hunger, reducing poverty and sustainably managing our planet’s resources was a compelling influence among member countries. This helped greatly in building consensus and confronting our shared challenges.”

Before his appointment as Ambassador, he served in the White House as Assistant to the President and Counselor to the Chief of Staff. During the Clinton Administration, he held key appointments including Chief of Staff to the United States Secretary of Commerce and Executive Director of the National Economic Council.

Ambassador Lane’s leadership in the non-profit sector includes serving as President and CEO of the ONE Campaign, the non-partisan advocacy organization co-founded by recording artist and activist Bono to fight extreme poverty and preventable diseases. 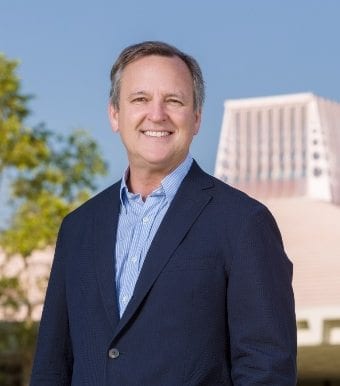 “David is a bridge builder. He brings people together to find policy solutions to some of the world’s biggest challenges,” said Melinda Gates, co-chair and trustee of the Gates Foundation. “David started and ran our foundation’s first Washington office more than a decade ago, and he has been an important advisor to Bill and me ever since. He knows the policy backwards and forwards, but he’s also creative about getting things done. I have no doubt he will add to the list of Sunnylands’ accomplishments.”

Raised in Florida, Ambassador Lane holds a bachelor’s degree from the University of Virginia and a master of public affairs from Princeton University’s Woodrow Wilson School of Public and International Affairs. He will maintain offices in both California and Washington, D.C.
(See a full bio here.)