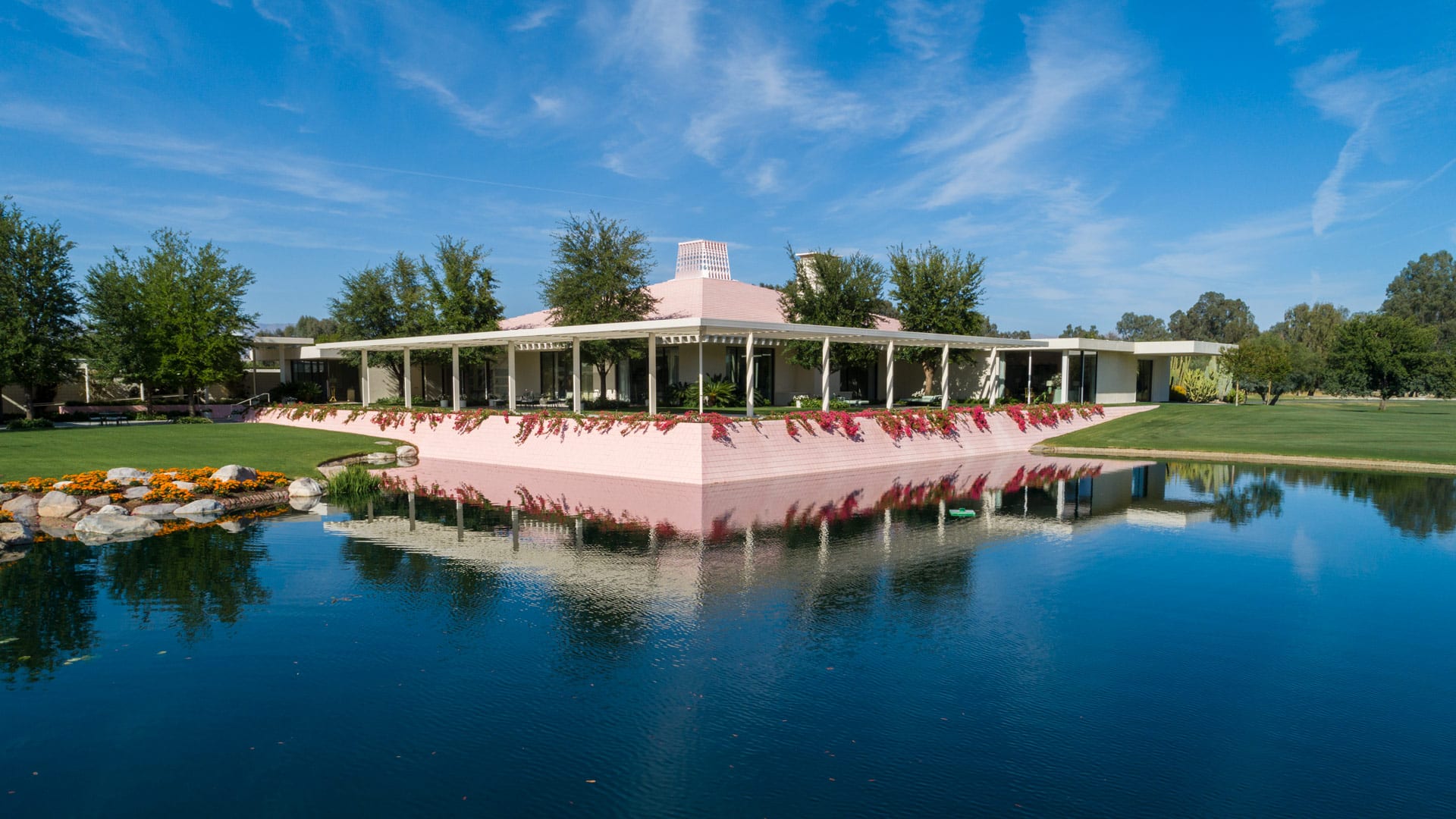 In 2001, Walter and Leonore Annenberg established The Annenberg Foundation Trust at Sunnylands to “address serious issues facing the nation and the world community.” They envisioned Sunnylands as a place where intimate and solution-driven meetings could take place as they had while the couple were alive.

Today, The Annenberg Foundation Trust at Sunnylands is an independent 501(C)(3) nonprofit operating entity governed by a nine-member Board of Trustees composed of the children and grandchildren of Leonore and Walter Annenberg.

A Place for Peace

The Annenbergs understood the magic of the environment they created in the California desert. They believed that Sunnylands could forever serve as a place where presidents and premiers, experts and scientists, generals and CEOs—all leaders, all perspectives—could meet in a neutral location, surrounded by natural beauty, to share ideas and find common ground on the tough issues facing our world today.

For the President of the United States. . . 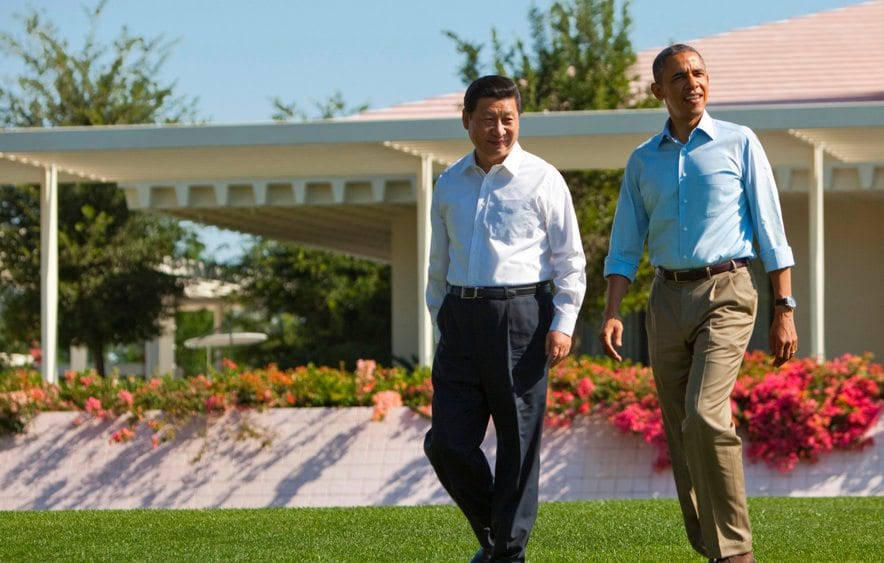 The Annenbergs hosted seven U.S. presidents at Sunnylands. The State Dinner for Prime Minister Kaifu of Japan was held in March of 1990. 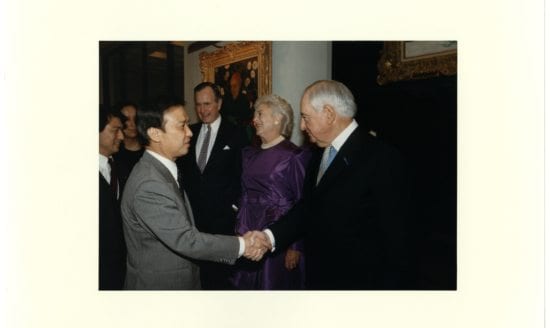 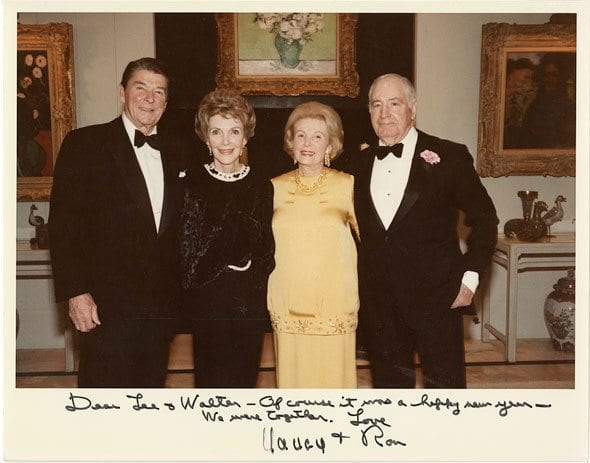 President Obama hosted the ten ASEAN leaders for a summit that resulted in a Sunnylands Declaration. 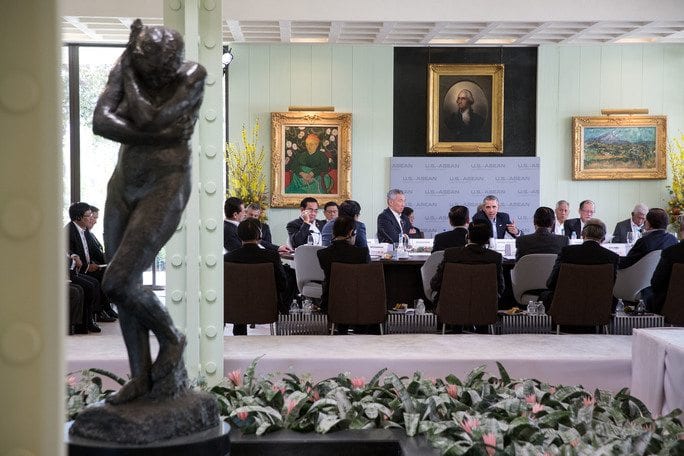 For the cabinet, the Supreme Court, and Congress. . .

Justices Anthony Kennedy and Sandra Day O'Connor have participated in meetings at Sunnylands, often around the subject of civics education. 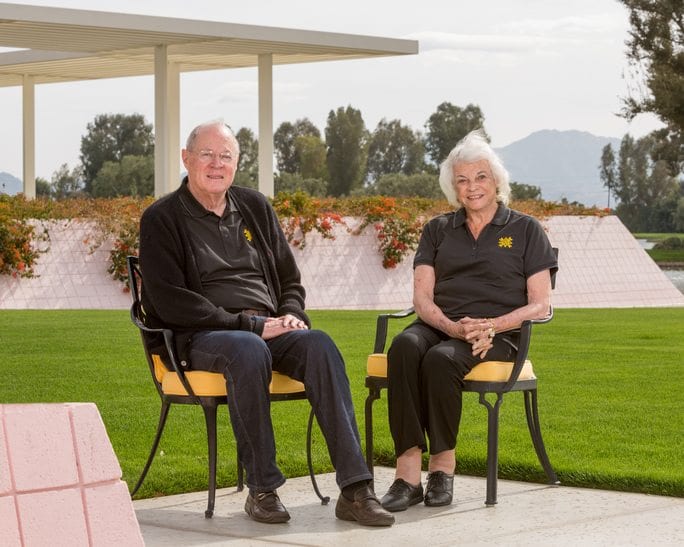 Retreats are generally less than 20 participants, who are carefully selected for their diverse talents and perspectives. 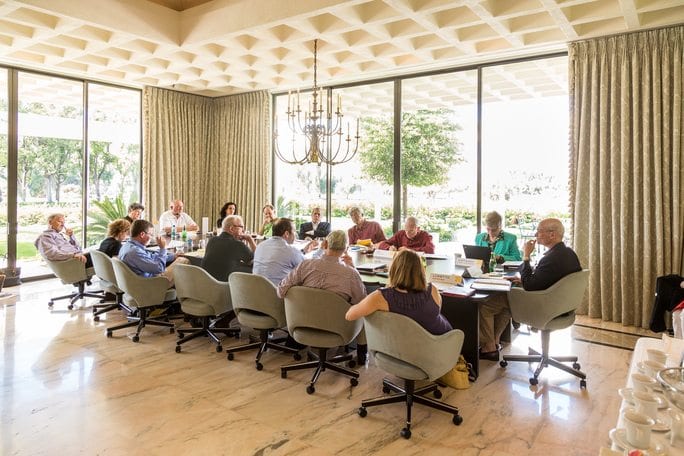 Gracious hospitality, collegiality, and civility: These constitute the Annenberg tradition and are the cornerstone of every Sunnylands retreat. 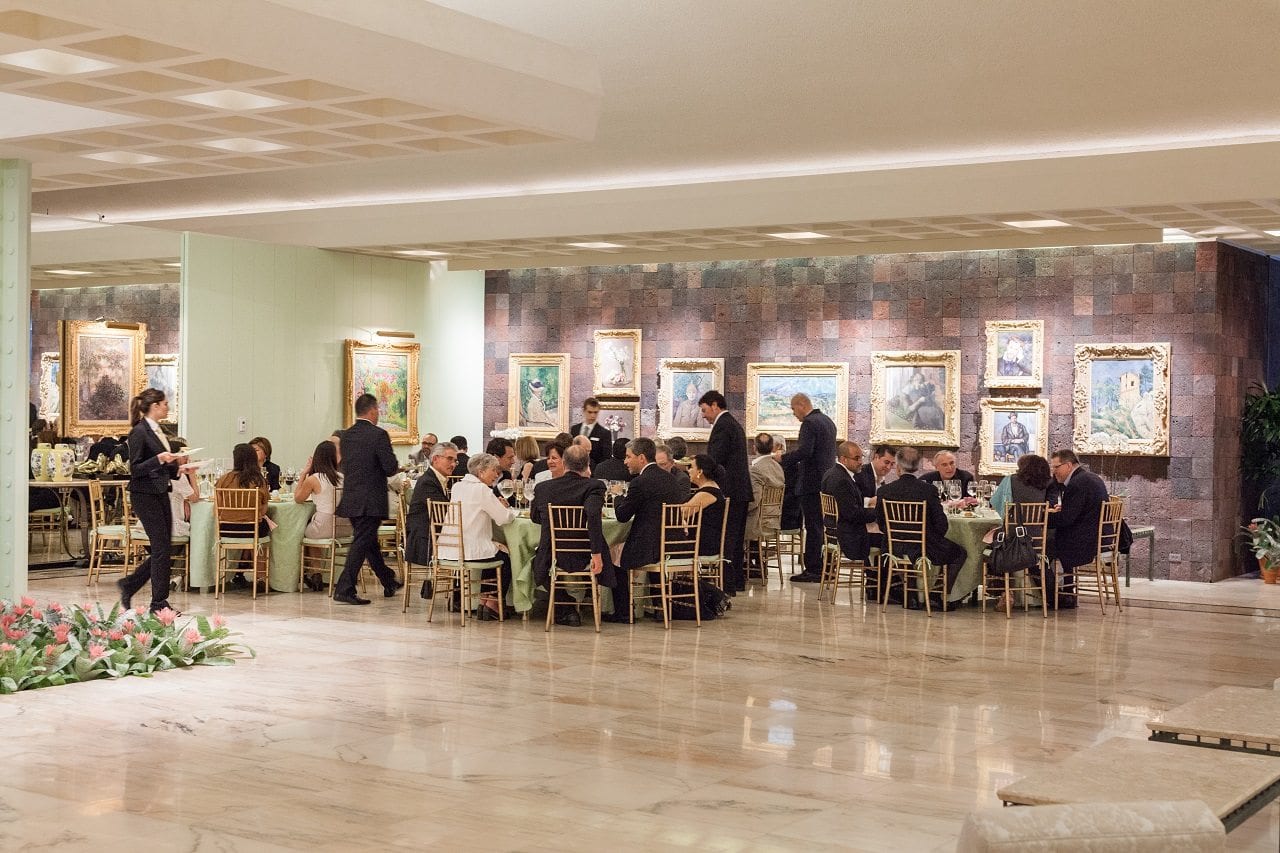 Every convening builds in time for relaxation, recreation, and incorporates the arts and humanities. Time to refresh the spirit and enjoy conversation outside of the formal meeting. 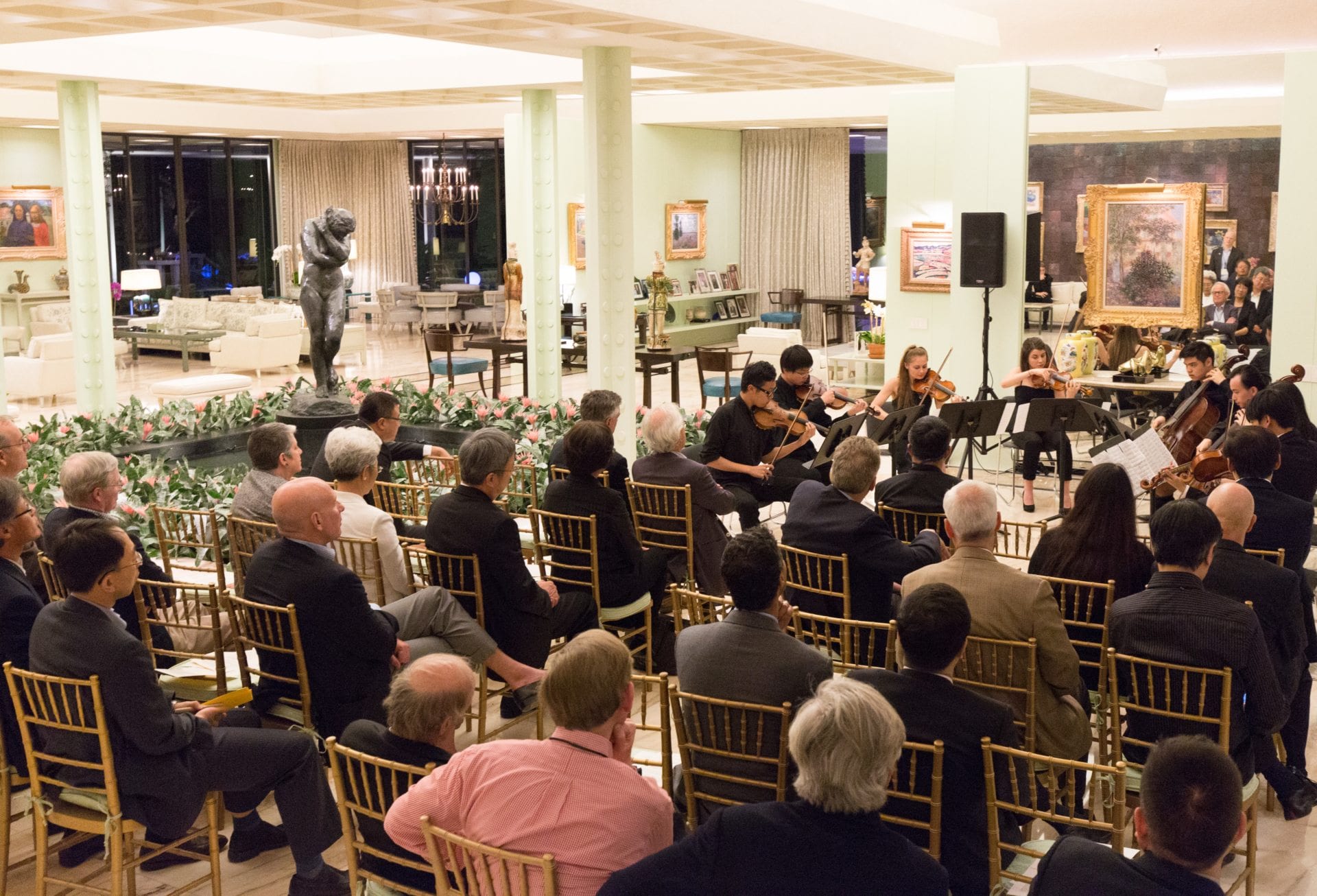 Diverse perspectives are critical to a successful convening.

Finding solutions requires collaboration among those with a broad range of viewpoints, experiences, and talents. 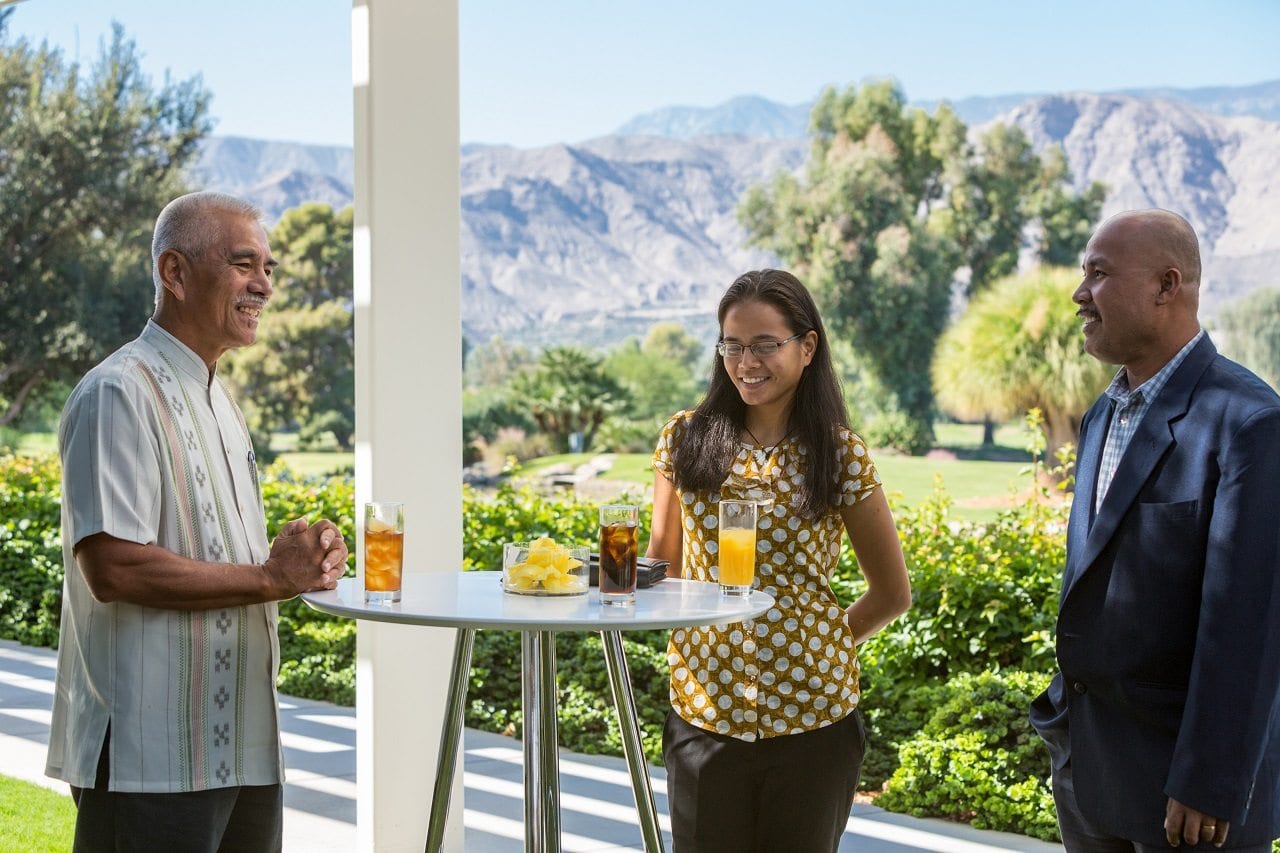 Agendas include time to assess progress and adjust the agenda, if needed, to develop an idea or dig deep into a threshold issue. 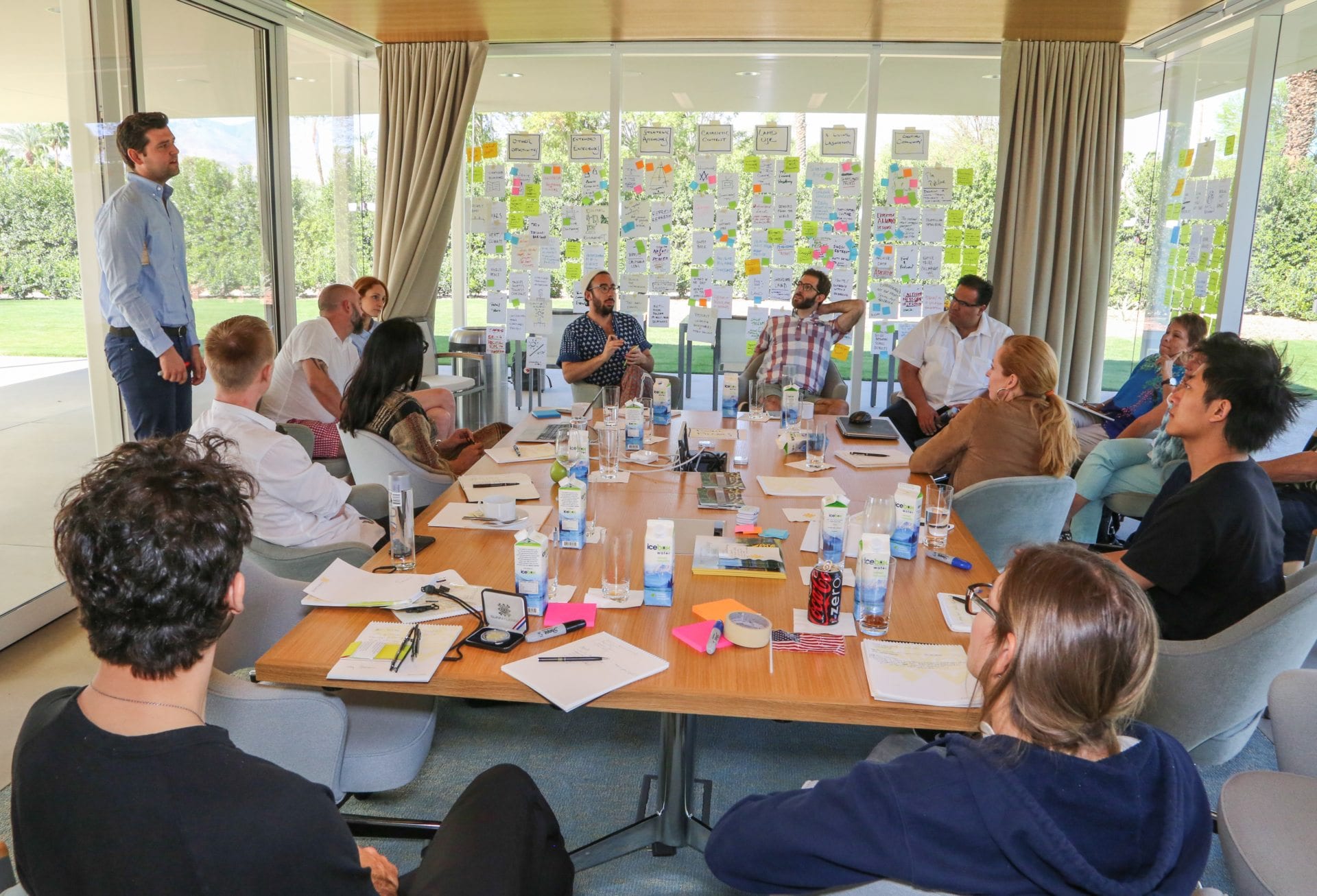 Sunnylands retreats are planned and developed to advance solutions and make measurable progress. 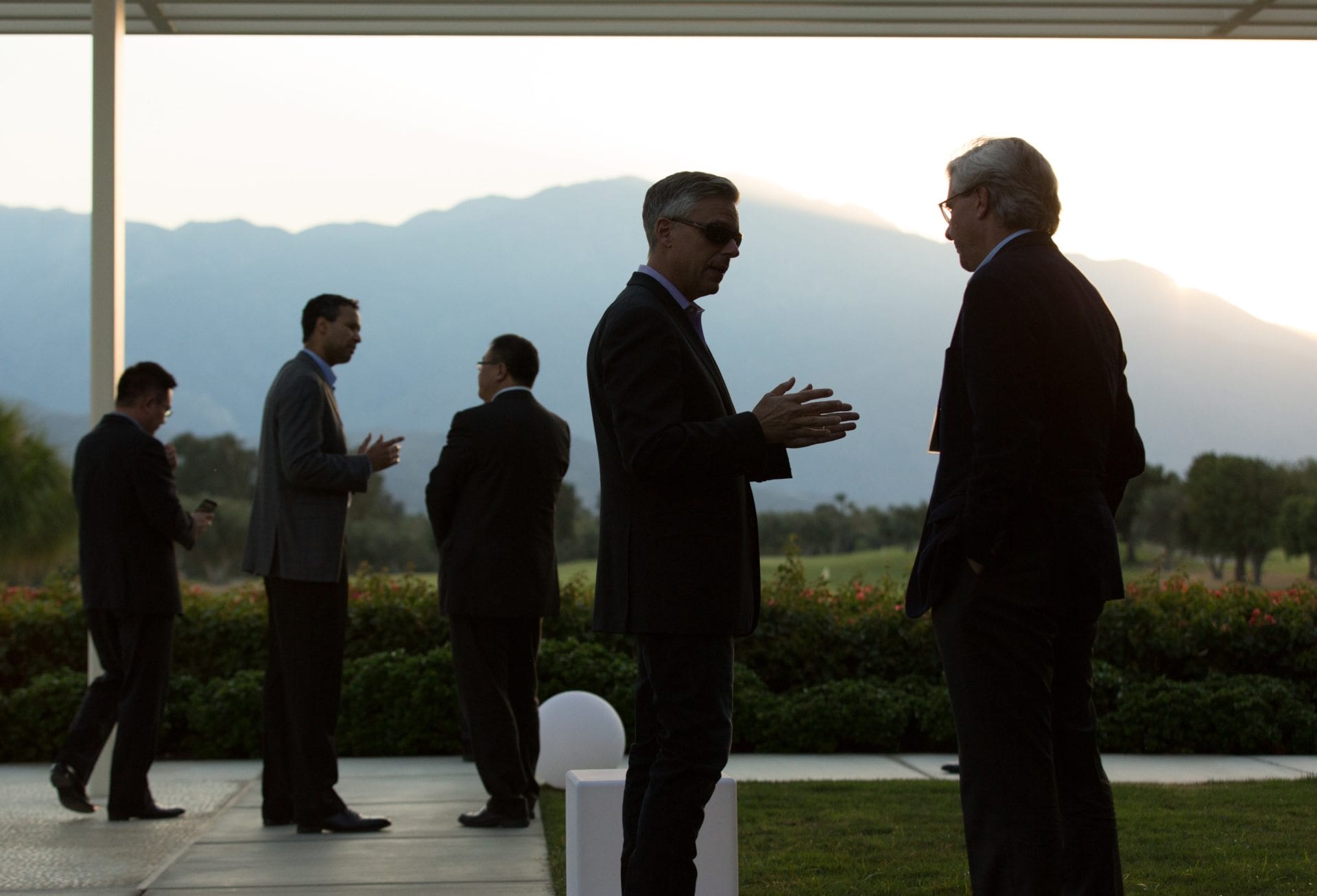 Sunnylands is charged by its Declaration of Trust to bring together leaders and experts from around the globe to find meaningful solutions to some of the most pressing challenges facing our nation and the world. Toward this goal, Sunnylands’ Board of Trustees has approved a three-year strategy to convene or co-convene high-level retreats in three important areas. 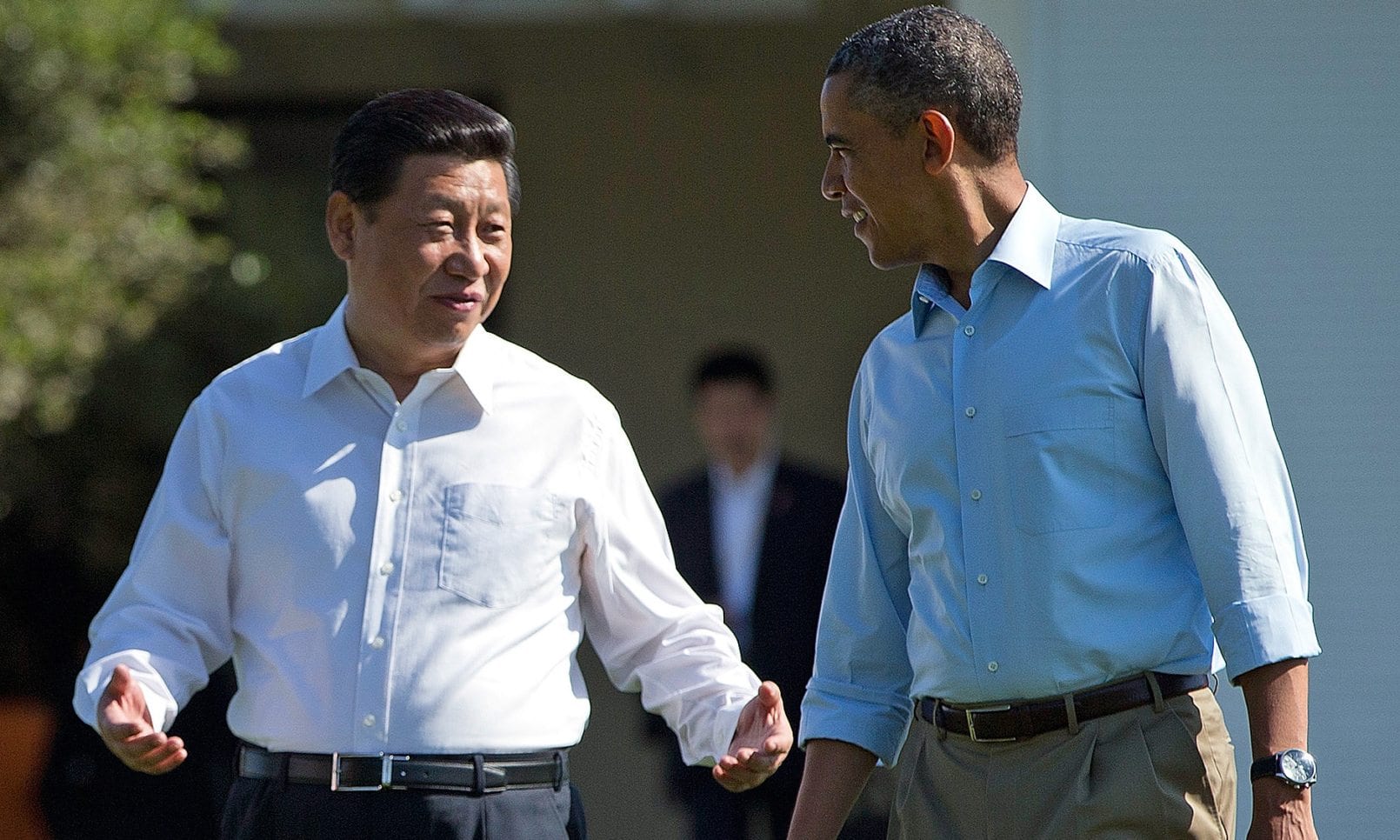 Fostering world peace and international agreement is one of the pillars of the Sunnylands mission....
Read More 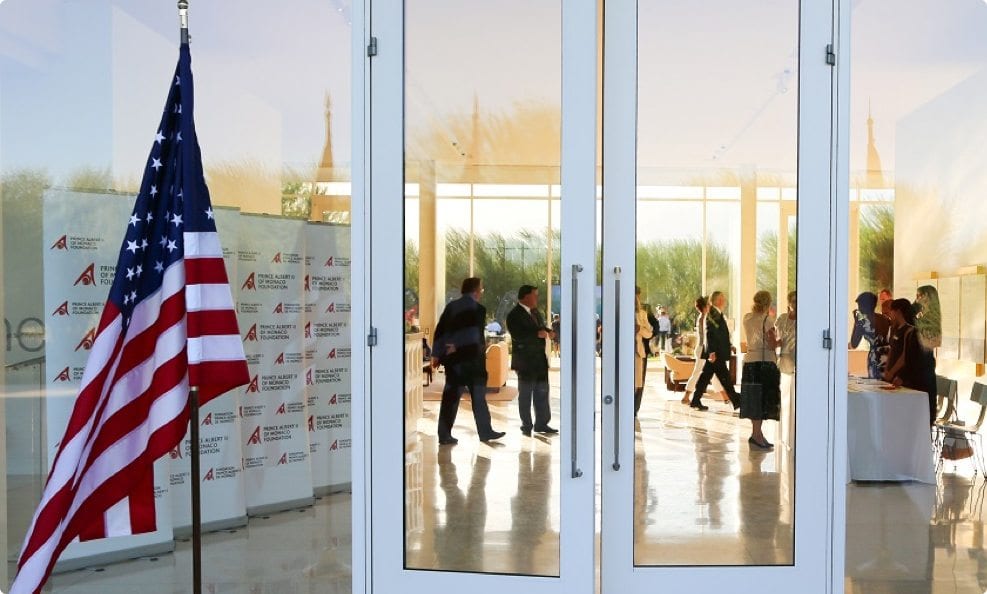 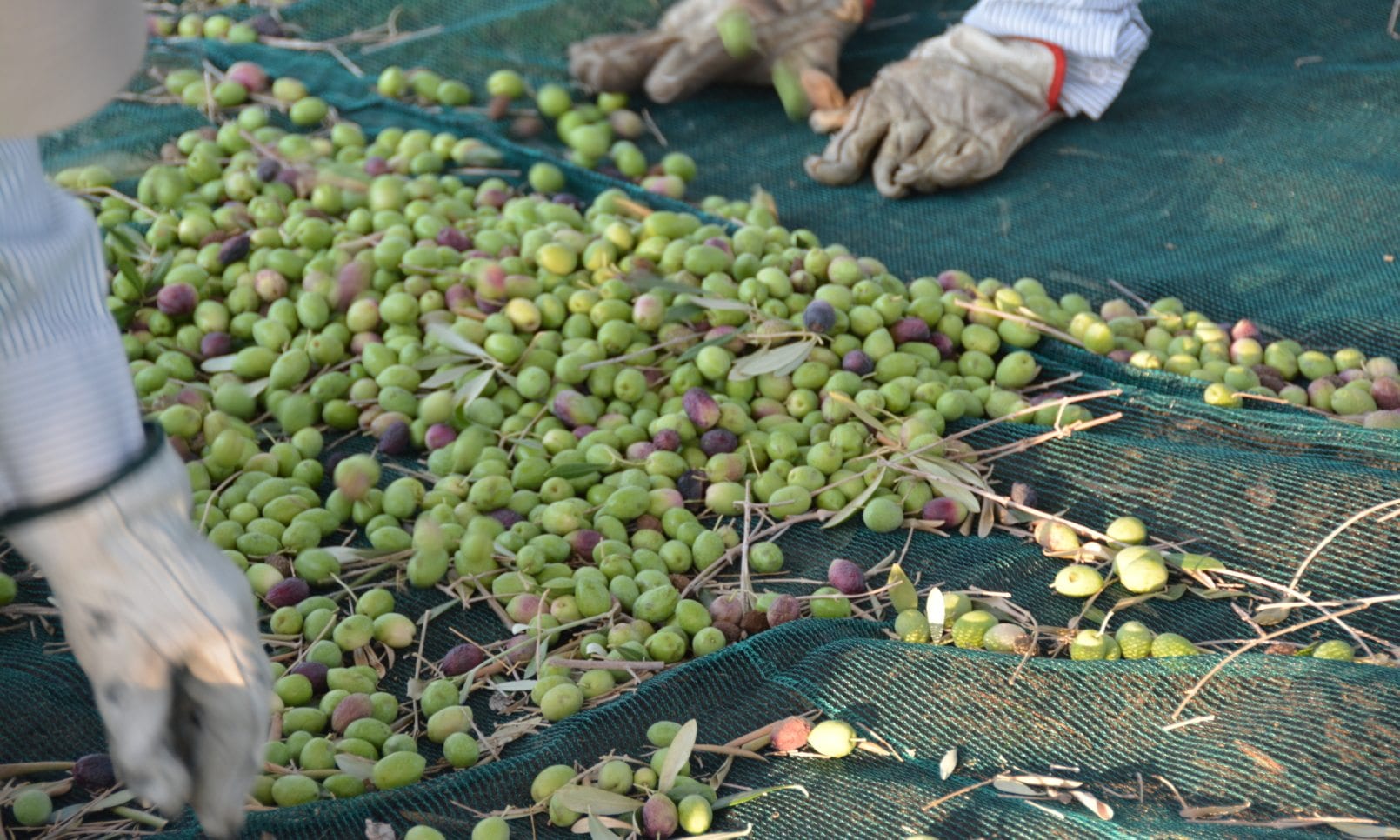 While enormous progress has been made in recent decades to overcome global poverty, poor governance,...
Read More
"Through decent, honorable civic discourse, we can make progress together.”
- Justice Anthony Kennedy, US Supreme Court

Convenings with a difference

Sunnylands retreats are typically two to three days and are designed to be exceptional experiences—whether they take place at the historic estate in Rancho Mirage, California, or at other locations around the world. Every detail helps create an atmosphere that provides the pause necessary for reflection—and the setting to inspire participants to exceed their own ambition for the meeting. 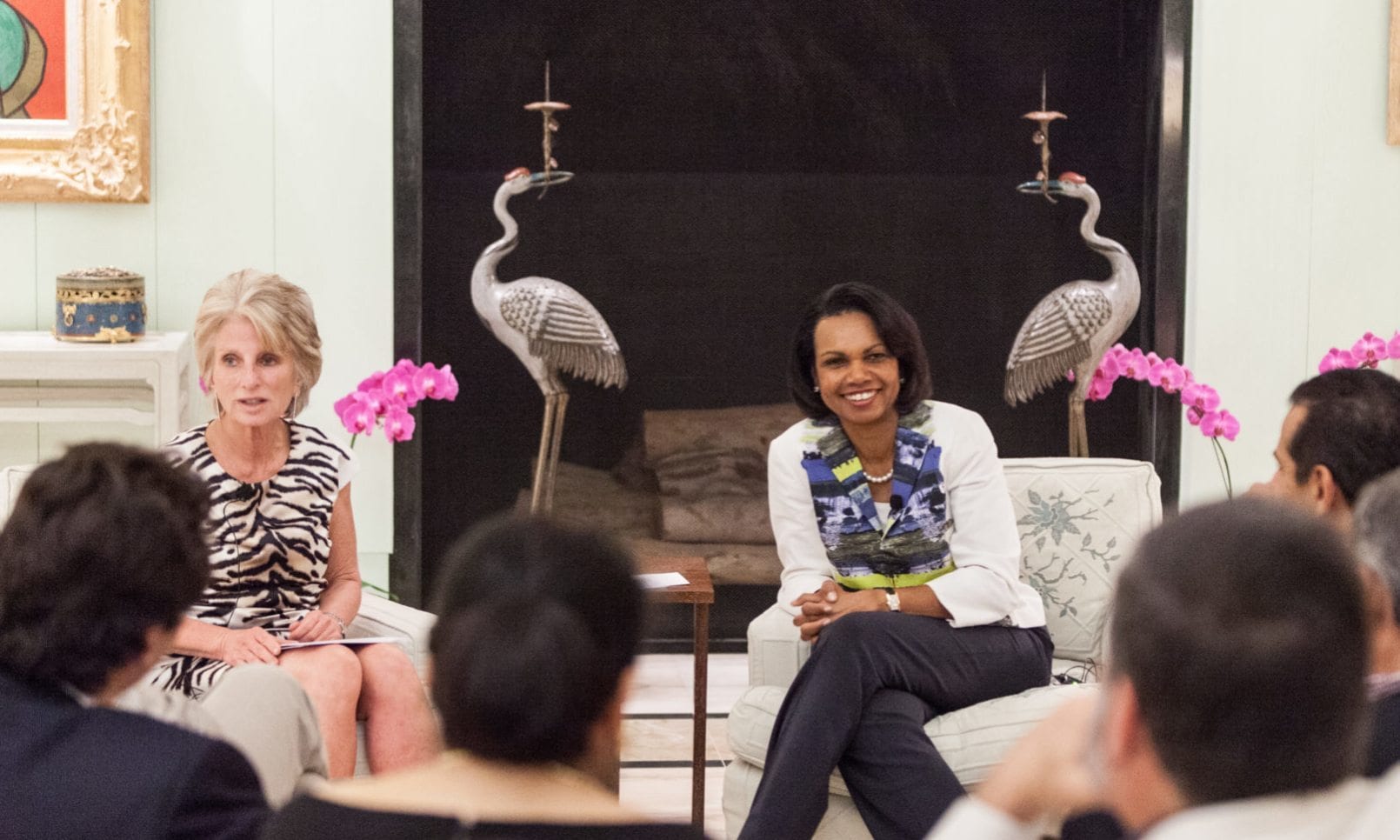 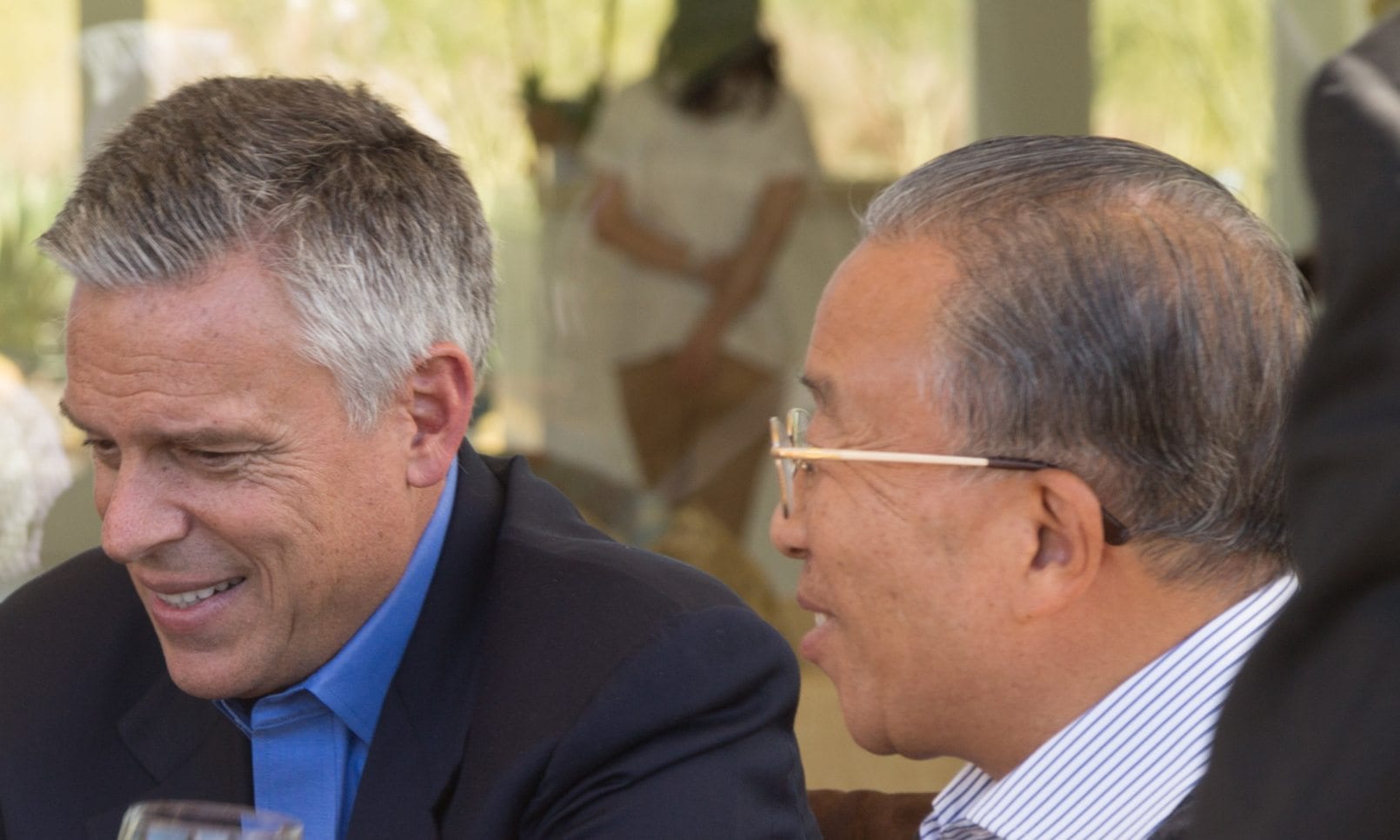 In keeping with the aim of translating ideas into action for the betterment of the...
Read More 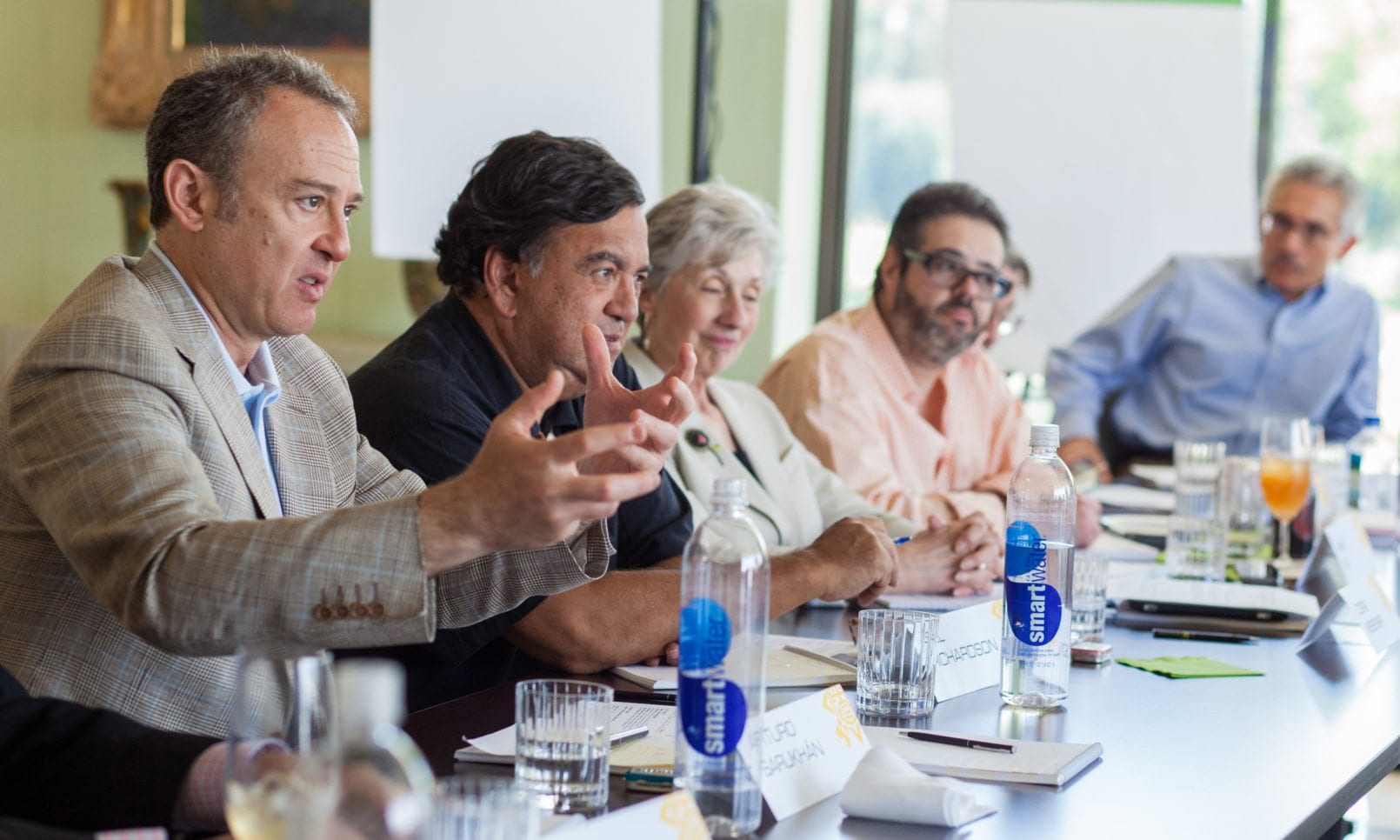 The setting and details of a Sunnylands retreat create an atmosphere for reflection and collaboration....
Read More
“Sunnylands provides an environment for deep discussions. The atmosphere is both intimate and serious.”
Professor Andrew Nathan, Columbia University